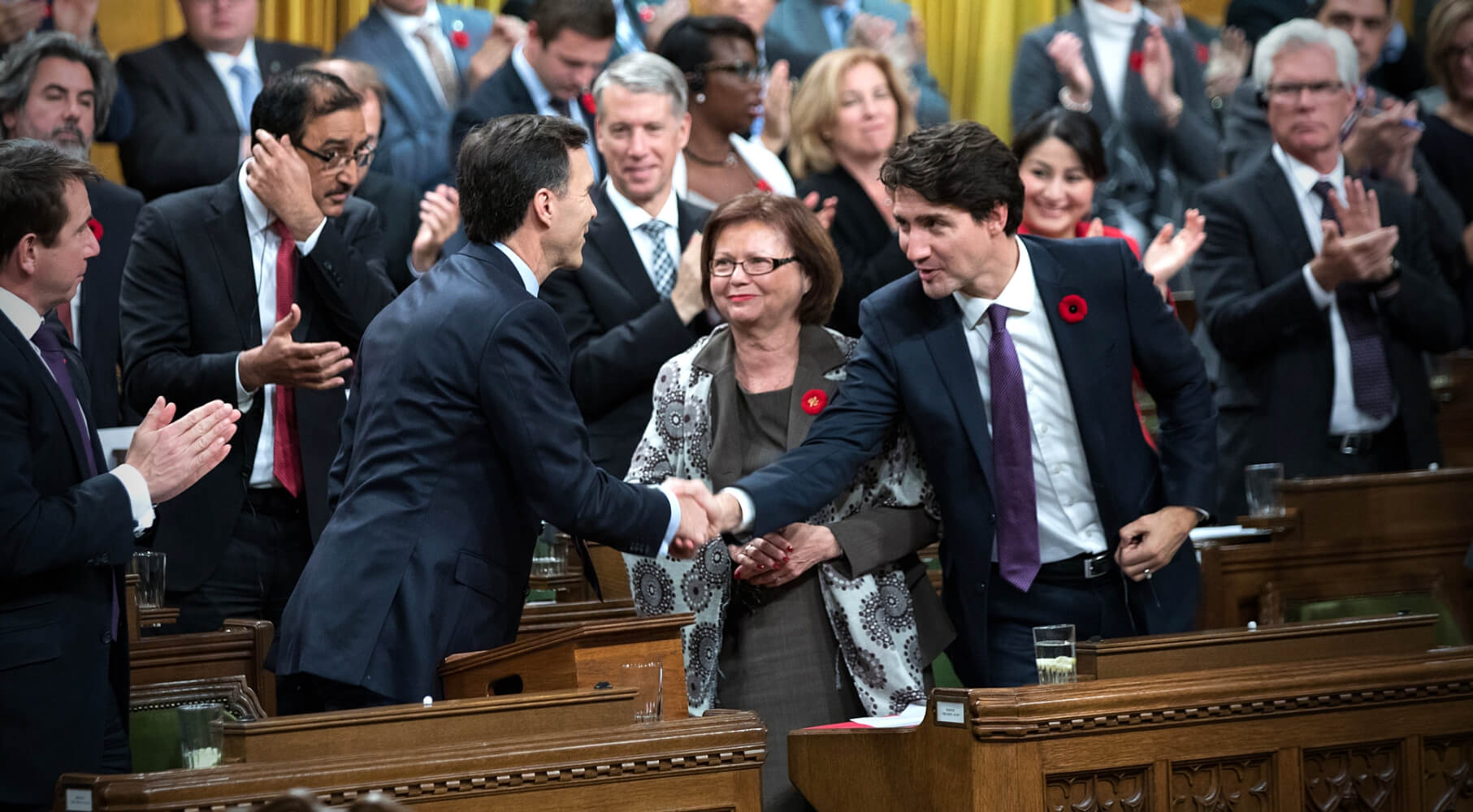 Expect the federal government to go on a spending binge, making it much more difficult to keep debt as a share of GDP from rising, especially if the world economy stalls in the next two years. This old idea of creating a sugar-high in growth sure left a headache for the Chrétien government to deal with in the 1990s, writes Jack Mintz.

With a federal minority government, I can state the obvious. Expect even more spending and bigger deficits than those promised by Liberals during the campaign. After all, the way to gain a majority in the next election, possibly in two years, is to bribe the voting base with largesse for which someone else will ultimately pay the cost.

It seems that fiscal responsibility is only something for households with limited budgets, not governments that have a short-term perspective. Future voters have no choice but to accept the eventual tax and interest cost pressures brought on by profligate governments supported by euphemistically called “progressive” voters. Tomorrow’s voters don’t have a say in democratic elections today, but they pay the price when the bill must be paid.

I am not quite sure how use of the term “progressive” became so common to describe what is basically old-style socialism. Britain’s Labour Leader, Jeremy Corbyn, promises to nationalize companies, but that idea has been around since the First World War. U.S. Democratic contender Sen. Elizabeth Warren and our own federal NDP party call for a wealth tax, but that old concept has been a dying breed for at least three decades. Of the 12 OECD countries that had wealth taxes in 1990, only four survive today. Nothing progressive about that.

The “progressive” Trudeau government promises deficits, which have been common from 1968 to 1993. This old idea of creating a sugar-high in growth sure left a headache for the Chrétien government to deal with in the 1990s. Nor are corporate subsidies, targeted tax preferences, trade barriers, state ownership and labour restrictions new concepts. They have been used in spades since Canada was born, but all they have done has been to protect industries from competitive forces. Where are the “progressive” ideas here?

So let’s consider three facts today about our current public finances as of 2018-19.

While Canada’s debt burden is much better off today than during the mid-1990s crisis, we seem to be forgetting the hard fiscal lessons won after governments painfully retrenched to curb excessive spending, taxes and deficits experienced throughout the 1970s and 1980s. Because Canada was fiscally prudent after 1995, we were able to withstand better the 2008-9 recession due to the global financial crisis. This fiscal prudence is now being lost in today’s political discourse.

It is far too enticing for “progressive” governments these days to promise hikes to social spending to benefit the majority, saying that they will cover the costs with taxes on the minority. Unfortunately, there aren’t enough rich people to cover all the bills, so they decide they might as well run a bigger deficit instead and let future voters pay. Besides, given that the top 10 per cent of taxpayers already cover well over half of the taxes paid in Canada, it is now harder to keep punishing skilled workers and entrepreneurs for their hard work and risk-taking without eventually shrinking the economy. Governments already absorb two-fifths of the economy — isn’t that enough?

This gets me to the Alberta budget, which is opposite to what we can expect at the federal level. The government is accused of cutting services, which may or may not be the case. A careful read suggests that the civil service will be cut in size and compensation constrained (providing the same level of services with fewer people). New efficient processes as outlined in the MacKinnon report will be adopted to reduce costs. The private sector understands this because it has had to go through the same belt-tightening since 2015. Now it is the public sector’s turn.

Alberta is paying the price today for its profligate post-2007 governments that ran deficits and spent in per capita terms at least $10 billion more than the largest provinces. The Alberta budget wisely introduces constraint to bring spending down to levels found elsewhere in Canada.

This does not stop the usual “progressives” from suggesting that Alberta should introduce a sales tax to enable more spending. That won’t fly among those Albertans who are not looking for a fattened public sector. Nor does it create confidence in the private sector, to have ever-expanding public spending that will eventually lead to even more taxes and deficits.

A sales tax, however, makes sense as part of a tax package to grow the economy. As proposed by David Khan, the leader of the almost-dead provincial Liberal party, an Alberta-tax advantage to diversify and grow the economy could be achieved by sharply cutting income taxes in favour of an HST. That is a real progressive policy to consider in the future once the spending side is fixed.

So expect the federal government to go on a spending binge, making it much more difficult to keep debt as a share of GDP from rising, especially if the world economy stalls in the next two years. At the same time, the provinces facing voter demand for better health care and education will be squeezed by federal overspending on pet projects rather than transferring cash or tax room to the provinces that have to pay the most important bills.

Jack M. Mintz is a Distinguished Fellow at the Macdonald-Laurier Institute. He is also the President’s Fellow at the University of Calgary’s School of Public Policy.