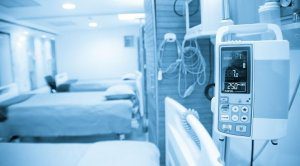 What constitutes effective political leadership in a decentralized federation? This is a question to which I have returned time and time again in my career as a senior public servant and a policy scholar.

I recently confronted this issue again while addressing Prime Minister Louis St-Laurent’s role in the establishment of universal hospital coverage in Canada. Usually overlooked because of the much greater attention paid to the introduction of universal medical care coverage a decade later, the introduction of hospitalization in the late 1950s was the major foundation of what would become known as Medicare in Canada. It was a policy that established the principles and architecture of universal health coverage that we take for granted today.

This initiation and implementation of hospitalization required leadership at both the federal and provincial levels of government and among both first ministers and cabinet ministers. Although Canada is generally perceived to be a more centralized federation in the 1950s, due to the expansion of federal powers during the Second World War, it was still a relatively decentralized federation when compared to other federal countries in the world. This institutional dynamic requires more subtle forms of federal leadership, especially in areas of shared or provincial jurisdiction.

When it comes to hospitalization, this was most certainly the case. The establishment, maintenance, and management of hospitals had been placed under the exclusive jurisdiction of the provinces, as defined under Section 92(7) of the original British North America Act, 1867, now incorporated into the Constitution Act, 1982. In 1955, the issue of whether the federal government should encourage provinces to establish universal hospital coverage by providing shared-cost financing was raised at a first ministers’ conference. Premier Maurice Duplessis of Quebec argued that the federal government had no business interfering in provincial jurisdiction.

Prime Minister Louis St-Laurent, though opposed to Duplessis on many fronts, was generally sympathetic to his argument in this case. He preferred the federal government to focus in areas where it had obvious jurisdiction. One example was equalization. In my mind, this was the signature policy of the St-Laurent government, a landmark policy that earned St-Laurent’s Liberals no political points but has done more to deliver national unity and regional equity in social programming than any other policy in the post-war era.

To the prime minister, however, hospitalization was another kettle of fish. Aside from the problem of provincial jurisdiction, St-Laurent had concerns about the policy, including major misgivings about expanding the welfare state in a such a major way. Proponents of hospitalization tended to prefer the design based on the Saskatchewan model, operating since 1947, with the government as the sole payer of all hospital bills.

Like many in his cabinet, St-Laurent was drawn to a less expensive (in terms of public budgets) and more targeted approach, in which governments limited themselves to subsidizing the cost of the very poor purchasing private hospital care – an approach that Saskatchewan Premier Tommy Douglas derided as “tin cup medicare.” Then there was the enormous amount of time, energy, and political capital that would have to be expended to get a federal-provincial agreement on the principles and the intergovernmental financing of such a program.

Given all this, why did St-Laurent finally agree to exercise federal leadership in negotiating the deal through 1955, 1956 and the first months of 1957, and the passage of legislation shortly thereafter that would establish hospitalization? The first and obvious reason is that it was in his partisan political interests to do so. St-Laurent’s government had been around for almost a decade (and the Liberals in power since 1935) and was looking tired. With an election due in 1957, St-Laurent felt that something new like hospitalization might just win over new voters, particularly those who might otherwise vote for his main left-wing rival, the Co-operative Commonwealth Federation (CCF).

The second more inspiring reason is that St-Laurent was willing to listen to his ministers, including Paul Martin Sr., Minister of National Health and Welfare. Contrary to St-Laurent, Martin was keen on the Saskatchewan design. In his mind, only a single-payer financing spout paying the bills for a single-tier of hospitals (most of which were private but non-profit) would ensure full access to hospital care by all Canadians on “uniform terms and conditions.” St-Laurent may not have accepted this logic, but he deferred to his minister’s longstanding experience and policy knowledge. Whatever the ideological merits and demerits from St-Laurent’s perspective, the Saskatchewan hospital program worked extremely well in practice and its design could therefore be defended on pragmatic grounds.

St-Laurent accepted Martin’s judgment that a majority of provinces would eventually accept federal insistence on a few high-level national standards and requirements including portability, all of which were placed in the Hospital Insurance and Diagnostic Services Act. However, he also insisted that no federal money would be forthcoming unless a majority of provinces, with a majority of the country’s population, would accept the federal plan – a requirement that Martin and some pro-Medicare premiers realized could kill the plan. We will never know whether this was St-Laurent’s actual intention, but this obstacle was soon removed by St-Laurent’s successor after the Liberal’s electoral defeat to John Diefenbaker’s Progressive Conservatives in 1957.

Compare this to the games that have been played by the current Trudeau government on the health file over the past six years. In the election of 2015, Justin Trudeau promised national pharmacare. Instead of initiating a First Ministers’ Conference and providing a detailed federal proposal, the Trudeau government went silent after winning the election. Although a Parliamentary Committee dominated by Liberal members ultimately recommended that prescription drugs be made part of universal health coverage for all Canadians in 2018, the federal government insisted on yet another study. Led by Eric Hoskins, the former Ontario health minister, the Advisory Council on the Implementation of National Pharmacare conducted detailed studies and extensive consultations.

In its final report in 2019, the Advisory Council recommended that a single-payer design with national standards similar to Medicare be applied to prescription drug coverage. This should have been enough to spur the Trudeau government into initiating a program through internal work on legislation and external negotiations with the provinces. Neither has occurred. Nor has the government explicitly rejected the Hoskins Report. In February 2021, Liberal MPs helped defeat a private member’s bill on pharmacare that would implement the recommendations of the Hoskins report. While arguing that his government remained committed to universal pharmacare, Trudeau argued that the bill infringed on provincial jurisdiction despite the fact that this is an area of shared jurisdiction where the federal government has a strong constitutional foothold. Finally, since 2015, Trudeau has never deferred to his successive health ministers on the policy itself, and instead drives the issue entirely based on short-term political calculations.

Every democratically-elected government has to balance short-term political interests with longer-term policy ambitions – a tradeoff the St-Laurent government was well familiar with. However, unlike the current government, St-Laurent exercised leadership in continuing to drive forward a longer-term policy agenda that improved the country and the quality of life of its citizens. The contrast in leadership could not be sharper.

Gregory P. Marchildon is Professor and Ontario Research Chair in Health Policy and System Design at the Institute of Health Policy, Management & Evaluation, University of Toronto.