StatCan hasn't given any good reason for invading our banking privacy: Philip Cross in the Financial Post 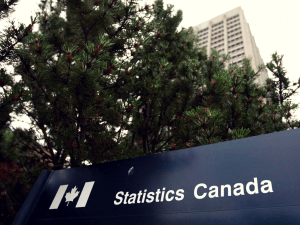 It may be that StatCan no longer has the ability — or even the motivation — to actually engage with the public anymore, writes Philip Cross.

My former colleagues at Statistics Canada have been in the news lately, which in itself is a problem. Statistical agencies are like NHL referees; when they become the story, they probably are not having a good game. Hockey fans don’t pay to watch referees making calls and where StatCan is concerned, you want people talking about the data it produces, not the institution itself.

Instead, StatCan has once again become the story, with the controversy over its plan to collect private banking transactions and whether individual Canadians should be informed when their bank records are being collected. Evidently the agency is following the trend of governments: becoming more detached from the everyday concerns of the public they nominally serve.

Statistics Canada’s handling of the controversy has been inept on several fronts. It claimed the federal privacy commissioner had been informed of the plan. But the commissioner announced he is now launching a full investigation into the matter, giving the impression that any consultations were superficial, not substantive. Either StatCan or the commissioner is not being entirely forthcoming. Getting the two to agree on what really transpired could be difficult since at least one of them risks losing crucial credibility.

StatCan’s initial defence over this latest move was that it was entirely legal to demand that banks hand over personal transactions. But that hardly addressed the problem, since no one suggested it was breaking the law. It was accused of betraying the trust that the public would be consulted and informed when confidential bank account data were being transferred. It should have immediately assured Canadians that this data would not be used, for example, to snitch to the Canada Revenue Agency about personal taxes. It also could have pointed out that hackers are more likely to get their hands on individual account details from online banking websites than from StatCan.

More fundamentally, it has not produced a good rationale for why it needs this new data source. Its communications strategy on this point has been a shambles, first citing the difficulty of measuring the “gig economy,” then throwing out a red herring about studying debt leverage, and then vaguely referring to problematic response rates to surveys of household spending. In response, three of StatCan’s former chief statisticians have taken the rare step of criticizing their former agency for not being more direct about why it needs this information.

StatCan’s multitudinous media massagers failed to follow the first rule of communicating during a public relations crisis, which is getting ahead of the story by being completely transparent. Instead, they have been playing catch up with a constantly changing and incomplete narrative that only raises more questions. In so doing, StatCan is squandering its goodwill with the public, which was apparently already in decline judging from falling household response rates. StatCan’s latest transparency lapse may further undermine public willingness to voluntarily participate in future surveys.

And its vagueness about those falling response rates raises another troubling question. Why is an organization supposedly devoted to data-based analysis not actually documented the alleged problems with the household-spending survey? This should be an easily resolved empirical matter. Instead the chief statistician asks us to take his word that response rates are down enough to change the methodology, but that the matter is not serious enough to undermine the survey data collected until now. It is hard to sustain both positions.

The lack of candour on this issue suggests the answer might undermine confidence in the reliability of surveys that depend on these data, notably the Consumer Price Index. Or is this decision driven by concerns of lower response rates that StatCan expects are coming in the future, which makes it less pressing to resolve this question now?

Peering even further into the future, is StatCan sure that accessing bank records is the definitive solution? For instance, what if more and more purchases are going to be made with crypto-currencies? In that case, surveys may actually be a better solution than bank records.

It was encouraging that StatCan had managed to largely stay out of the public eye over the past year (apart from the sophomoric titillation it recently fed the media with its binge on cannabis statistics). StatCan made progress resolving service interruptions after Shared Services Canada took over maintaining its computer systems. One episode saw its public database crash for nearly a week, but its website and database have been offline markedly less than in the previous year. Its billion-dollar revision to imports last month hardly raised an eyebrow among analysts. And there have been no more outright errors, such as the mistake in calculating employment in the July 2014 labour-force survey.

However, there have been ongoing problems in StatCan’s relationship with the public. This summer, StatCan botched the rollout of its new Cansim database, revealing a disturbing indifference to consulting with individual users. One underlying problem StatCan has in common with the federal government is its increasing isolation from the public, relying mostly on academics for external advice. Academics naturally encourage StatCan to relentlessly search out more data without concern for the response burden on businesses or the privacy worries of individuals.

The public’s concerns over privacy should have been easy to predict after the highly publicized problems with huge databases kept by firms such as Equifax and Facebook. StatCan should have anticipated that privacy concerns would require a competent and transparent communications strategy that addressed those worries. But it may be that StatCan no longer has the ability — or even the motivation — to actually engage with the public anymore.

Philip Cross is a Senior Fellow at the Macdonald-Laurier Institute and is the former Chief Economic Analyst at Statistics Canada.