Maduro to blame for state-induced hunger in Venezuela: Rhoda Howard-Hassmann for Inside Policy 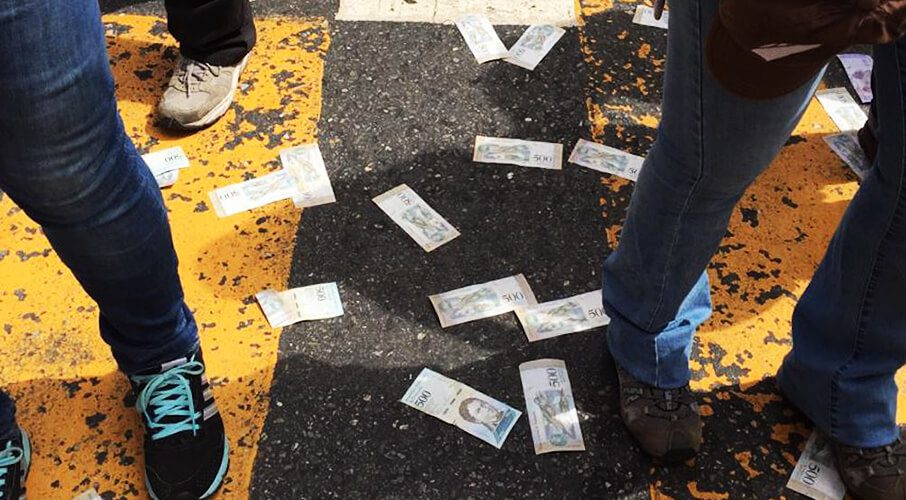 Canadians of all stripes should recognize the Maduro regime for what it is – an egregious human rights violator, writes Rhoda Howard-Hassmann.

More than four million people had fled Venezuela by June 2019, in what the UN refugee agency has called a “staggering” exodus. This is one in eight of Venezuela’s pre-crisis population of 32 million. The reason for this mass refugee crisis? A shortage of food and medicine, which are a consequence of 20 years of incompetent economic policy, accompanied by deliberate suppression of Venezuelans’ human rights.

By early 2018 more than half of all Venezuelans had experienced significant weight loss, and 90 percent said they did not have enough money for food. This is known as the “Maduro diet.” By mid-2018 sixty per cent of the population lived in extreme poverty.

Formerly dormant diseases such as malaria, diphtheria and dengue are reoccurring, while hospitals are extremely short of personnel, medicines, and the most basic equipment. Indeed, access to food and medicine has worsened in 2019. Some Venezuelan women and girls are also now trafficked across the Colombian border to satisfy demand for sex workers. This is the only way many of them can obtain even a minimum amount of food to keep themselves alive.

Hugo Chávez was elected President of Venezuela in 1999. He tried to distribute food to poor Venezuelans, and from 1999 to 2007 people’s living conditions improved. But when oil prices declined, food shortages began. Chávez died in 2013 and was succeeded by Nicolás Maduro, whose draconian policies created massive food shortages.

These food and medical shortages are a completely predictable consequence of the policies that both Chávez and Maduro imposed over the last two decades. They destroyed the market in food by imposing maximum prices on hundreds of specific items such as flour. When the official prices did not meet costs of production and distribution, producers and distributors withdrew from the market. Meantime, the government expropriated privately-owned farms and ranches. Yet there’s very little, if anything, produced on the expropriated lands.

Food supply is now heavily controlled by the black market. It’s also controlled by corrupt businessmen who delay the release of imported food in order to drive up prices. These businessmen are often members of the military, who are also Maduro’s cronies.

Some people receive subsidized food boxes, but the contents are inconsistent and insufficient. Packages intended to feed a family for a month often do not even meet one week’s needs. The boxes are distributed irregularly, and distributors favour Maduro’s supporters. In essence, food is a bribe to citizens to support Maduro.

Inflation reached the unbelievably high rate of 815,000 per cent in May 2019. At the same time, Maduro arbitrarily imposes currency devaluations and ridiculously low wage increases, while also relying on political appointees, rather than competent managers, to run the state oil company. Oil production has fallen drastically because of failure to reinvest, so that Venezuela’s foreign exchange earnings have dwindled. This means oil earnings can’t be used to finance food imports to replace the food no longer being produced at home.

To keep all this going, the government has undermined the rule of law and the judiciary, and arrested independent trade union leaders. Both Chávez and Maduro have ruled by decree and used arbitrary arrest, torture and even executions to maintain themselves in power. Both Chávez and Maduro have manipulated elections, which are neither free nor fair.  Maduro also controls the media: it is illegal to post pictures of empty store shelves or images of desperation, supposedly because it foments hatred.

Nicolás Maduro and the Venezuelan government are guilty of the crime of extermination, as defined by the Rome Statute of the International Criminal Court (ICC), which Venezuela had joined in 2002. According to Article 7(2b), extermination includes “intentional infliction of conditions of life [including] the deprivation of access to food and medicine calculated to bring about the destruction of part of a population.”  Extermination via denial of food is a crime against humanity.

On February 8, 2018 the Prosecutor of the ICC opened a preliminary investigation into alleged crimes against humanity in Venezuela, such as arbitrary detentions and torture, but not extermination. On September 26, 2018, six countries including Canada referred Venezuela to the ICC. Among the many human rights violations mentioned were “violation of the rights to enjoy the highest level of health and adequate food.”

Yet even when we know that a government’s criminal policies create widespread hunger, there’s very little that can be done about it. In law, states are supposed to avoid committing crimes against humanity, and they are supposed to protect all their citizens’ human rights. In practice, states still violate those rights with almost complete impunity. States sovereignty is far more important to the international “community” than the rights of starving citizens.

That being said, Canada’s policy of sanctioning Nicolás Maduro and several other Venezuelan nationals under our 2017 Magnitsky law is at least one step in the right direction. So too are our efforts to refer to Venezuela to the ICC. Canada has also taken the lead in multilateral diplomacy, by being a founding member of the Lima Group, formed in 2017, which is trying to pressure Maduro and his cronies to give up power without resort to armed intervention. Earlier this year, the Lima Group – followed by forty other countries – took the unusual step of recognizing Juan Guaidó, president of the National Assembly, as the legitimate leader of Venezuela.

To be fair, Maduro is still in power and Guaidó’s many promises remain unfulfilled. Yet it is important to recognize that Guaidó has so far been able to avoid imprisonment, possibly due to the international recognition that he has received. And he remains an important beacon of hope for many Venezuelans hoping for an end of the current regime.

Some Canadians on the left defend Maduro on the grounds that he is threatened by US President Trump. But left-wing as well as right-wing regimes are capable of appalling human rights abuses.  Maduro joins dictators in the Soviet Union (1932-33), China (1959-62), Cambodia (1975-79) and North Korea (1990s) as a deliberate creator of famine among his own population – and he needs to be recognized as a dictator.

Maduro’s regime is guilty of committing the crime of extermination. His policies, and that of his predecessor Chávez, have directly and intentionally led to state-induced hunger resulting in a refugee crisis in Latin America. Canada has taken some good initial steps in sanctioning the regime and trying to bring an end to the crisis, even if the outcome remains uncertain. Canadians of all stripes should recognize the Maduro regime for what it is – an egregious human rights violator that pursues criminal policies to starve its own citizens in order to stay in power.

Rhoda E. Howard-Hassmann is Professor Emeritus at Wilfrid Laurier University, where from 2003 to 2016 she held the Canada Research Chair in International Human Rights. This article is an updated and revised version of her article, “Famine in Venezuela” published on The Conversation on  February 5, 2019. It is drawn in part from her 2016 book, State Food Crimes (Cambridge University Press), and from her 2015 article, “The Right to Food under Hugo Chávez.”