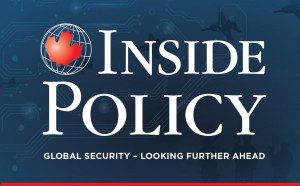 Sweden will continue to increase its defence engagement with NATO, even if official membership remains unlikely, writes Magnus Petersson.

Sweden’s traditional “neutrality policy” was heavily modified – arguably abandoned – almost immediately after the Cold War. This led to two very important changes in Swedish security policy: joining NATO’s partnership for peace (PfP) in 1994 and gaining EU membership in 1995. While formal, open cooperation with NATO was not perceived as politically possible during the Cold War because of the neutrality policy, with the end of the Cold War the Swedish government took the view that such cooperation was desirable. Like the EU membership, NATO’s PfP program became a pragmatic solution that combined traditional non-alignment with the new formal, open cooperation with NATO.

For many of the NATO partners, PfP became a stepping stone to full membership (for example Hungary, Poland and the Baltic States). But for Austria, Finland, Ireland, Sweden and Switzerland – the Cold War “neutrals” – it rather became a way of modernizing defence forces while at the same time maintaining their traditional security policies, working for transparency and democratization, and contributing to UN-mandated, NATO-led peace operations. For Sweden, it also became a way of showing loyalty with the US and the Western defence community.

Sweden, together with Finland, joined PfP from the beginning and have, since then, been the most active partners among the former “neutrals,” with Sweden commonly referred to as “the number one partner”. In 2008, Finland and Sweden became the only non-NATO members to participate in the NATO-managed Strategic Airlift Capability (SAC) initiative. That can be interpreted as a quite an unusual commitment for two non-aligned states and a clear signal from Finland and Sweden that they are prepared to be deeply integrated into NATO’s defence structures, even more so than several members.

In addition, Sweden and Finland announced in 2013 that they would offer its contribution to NATO’s Response Force (NRF), a high readiness multinational force, and, in 2017, to the UK-led Joint Expeditionary Force (JEF). The JEF has the ability to support NATO and should be able to mobilize 10,000 troops on short notice as of 2018.

In 2014, Sweden and Finland’s active NATO partnership resulted in a “gold card” partnership from NATO during the Alliance’s Wales Summit in 2014, i.e., “enhanced opportunities” for cooperation and a “special relationship” with the alliance. The Enhanced Opportunities Programme (EOP) signalled that Australia, Finland, Georgia, Jordan and Sweden were the most able and willing NATO partners that made “significant contributions to NATO operations.” During the summit, Finland and Sweden also signed a memorandum of understanding with NATO, the “Host Nation Support Agreement,” which clarified policy and procedures for operational and logistic support sites for NATO forces on Finnish and Swedish territory.

Sweden and Finland’s active NATO partnership resulted in a “gold card” partnership from NATO during the Alliance’s Wales Summit in 2014.

Public opinion in Sweden has become more and more supportive of NATO membership, and the interest shown about membership has increased significantly as a result. In 1994, only 15 percent of the population supported joining NATO, in 2004 this increased to 20 percent and by 2015 membership was supported by 38 percent (with 31 percent against). Four of the eight political parties in the parliament also support NATO membership, and Sweden has increased its defence spending since the Ukraine crisis and the more frequent Russian military movements in the Nordic-Baltic region. Still, it only spends around one percent of its GDP on defence compared to two percent in 1990.

Furthermore, the Ukraine crisis has intensified Swedish cooperation with the West. In 2016, Swedish Defence Minister Peter Hultqvist and UK Defence Secretary Michael Fallon signed a Programme of Defence Cooperation in London. The aim was to identify new initiatives, develop defence capabilities, and enhance the ability of both forces to act together more coherently, efficiently and effectively – in other words, to make them more interoperable. It also included more than 50 specific activities intended to improve the ability of the two countries to act together. Hultqvist and Fallon stated in a joint article that the agreement opened the door to more cooperation regarding concepts, doctrines, the development of strategic and operational understanding as well as defence systems.

Since NATO’s Warsaw Summit in 2016, a particular focus area has been to increase NATO–EU cooperation. Again, Finland and Sweden have been in the forefront, for example by countering hybrid threats (i.e., threats that combine conventional and irregular activities). A clear expression of this initiative was the Memorandum of Understanding that was signed in 2017, which established a so-called European Centre of Excellence for Countering Hybrid Threats in Helsinki. The MoU was signed by Finland, Sweden, and the UK, as well as the US, Germany, France, Poland, Latvia, and Lithuania. In addition, both EU and NATO representatives were present at the signing. The hybrid centre was thus intended as a multinational NATO/EU centre located in the capital of EU member and NATO partner Finland.

Finland and Sweden have been in the forefront, for example by countering hybrid threats.

Finland and Sweden also strengthened their bilateral defence cooperation with another European great power in 2017 – Germany. Both countries signed bilateral framework agreements to enhance dialogue, information exchange, capabilities, materiel, research, and cooperation within international organizations as focus areas. These initiatives highlight a tendency in Finnish and Swedish defence and security policy over the last few years to strengthen cooperation bilaterally with NATO members important for regional security (the UK, the US and Germany), in groups of like-minded countries (the Nordic countries), and multilaterally in larger Western organizations (NATO and the EU).

To sum up; since the end of the Cold War, the Swedish government has been cooperating closely with NATO, and the cooperation has been intensified since the Ukraine crisis started in 2013.

It is not clear, however, that the renewed Russian threat has pushed Sweden closer to NATO membership. Traditionally, Sweden has decreased its cooperation with great powers in times of crises and underscored its non-alignment policy. This can be seen in its behaviour during both the First and Second World War, for example.  But this time the government has acted differently. It is still underscoring its non-alignment policy, and a NATO membership still seems far away. However, at the same time, it seems open to almost any type of military cooperation with NATO and the Western great powers.

The accumulated effect of 25 years of intense Swedish military cooperation with NATO and NATO countries – including all major NATO operations (Bosnia, Kosovo, Afghanistan) – should not be neglected. The fact that this pattern of intense cooperation has continued since the Ukraine crisis started can be seen as a new pattern in Swedish security policy. Today, Sweden could fast and smoothly “plug into” NATO, should it be needed in a conflict in the Nordic-Baltic region. But it is still unlikely that Sweden will be a NATO member in the near future, and it became even more unlikely when Donald Trump was elected US President.

Magnus Petersson is professor and head of the Centre for TransAtlantic Studies at the Norwegian Institute for Defence Studies. For a fuller discussion of Sweden’s security policy, see his latest chapter in The European Neutrals and NATO Non-alignment, Partnership, Membership?, edited by Andrew Cottey.