When it Comes to Taiwan, the CCP Doesn’t Have an Original Bone in its Body: J. Michael Cole in the Taiwan Sentinel 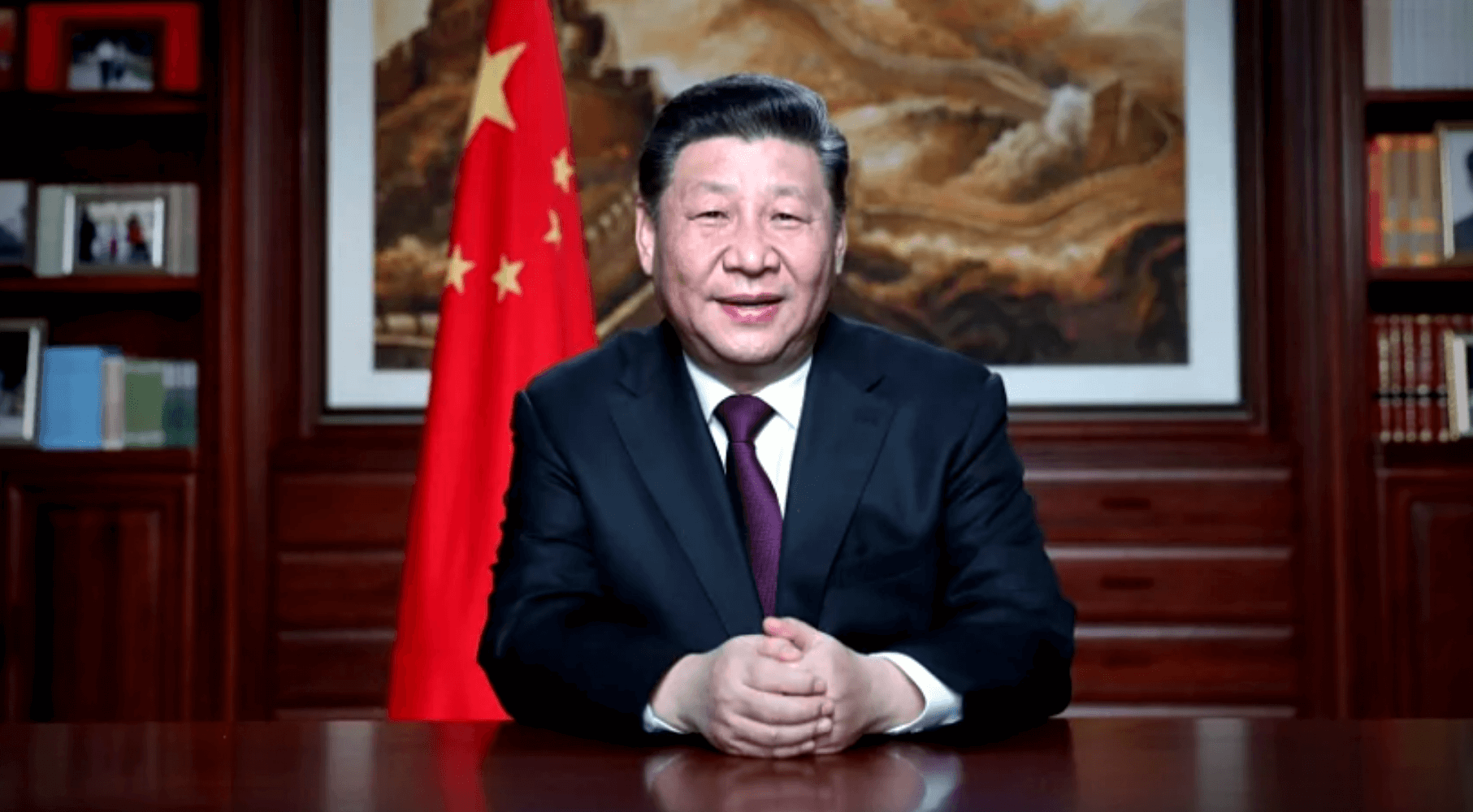 In his first address in 2019, Xi Jinping proves once again that he and the party that he leads cannot think beyond the old ways of regarding Taiwan, writes J. Michael Cole.

Chinese president-for-life Xi Jinping today delivered a “major” speech at the Great Hall of the People to mark the 40th anniversary of the “Message to Compatriots in Taiwan.” Since state-run Xinhua news agency had announced earlier in the week that Xi’s first address in 2019 was likely to touch on the Taiwan “issue,” media and analysts worldwide were keen to see whether the speech would offer any signs of a new direction in the always problematic cross-Strait ties. As expected, Xi did not, serving instead the same old, tired and failed platitudes as Chinese leaders before him.

The 4,254-character address — about 2,400 characters longer than its predecessor from Jan. 1, 1979 — checked all the usual tropes, with Xi droning on about “unwaveringly resolving the Taiwan question”; the completion of “reunification” as a “historic task” for all Chinese on both sides; “cross-Strait reunification as an irresistible historical trend”; “compatriots across the Strait are all Chinese who share a natural kinship and national identity that can never be changed by anyone or any force”; and “the peaceful and stable development of the cross-Strait situation and the progress of cross-Strait relations are the tide of the time that can never be stopped by anyone or any force.”

I will not inflict more of this on the reader — you’ve heard it all before and you can look it up if you need assistance falling asleep tonight. It should be sufficient for our purposes here to look at some of the most “salient” points made by this most unexciting of orators, those that best highlight the Party’s inability to deal with the facts.

Of course, the platitudinous ramblings of the Chinese Communist Party (CCP) leader would not be complete without some self-serving revisionism. Over the past seven decades, Xi said, China and Taiwan have “reached the ‘1992 consensus,’ [which is] based on the ‘one China’ principle” under “the basic principles of ‘peaceful reunification’ and ‘one country, two systems.’” Left unsaid is the fact that, for one thing, the so-called consensus does not exist and that whatever verbal agreement was reached between negotiators between the two sides in 1992 was (a) a party-to-party affair which left out the Taiwanese people and (b) contained an agreement to disagree on what “one China” means, with the Kuomintang (KMT) insisting on “different interpretations.” Also missing was the admission that the Taiwan side never agreed to the “one country, two systems” formula offered by Beijing, not to mention the fact that the said formula hasn’t exactly yielded the kind of results in Hong Kong that would appeal to the Taiwanese.

Xi then promised that the social system and way of life in Taiwan would be fully respected, and the private property, religious beliefs and legitimate rights and interests of Taiwan compatriots would be fully protected after peaceful reunification is realized. What with Hong Kong, Tibet and Xinjiang, the nearly total subservience of Chinese media to the CCP, control of the Internet, rampant surveillance, Orwellian “social credit” system, the mass arrests of lawyers, activists, Christians, intellectuals and others who do not toe the party line, only a fool would take Xi’s promise at face value.

The same holds for Xi’s proposal for “institutional arrangements” for the peaceful development of cross-Strait relations, whereby Beijing and Taipei would conduct “democratic consultations” on cross-Strait relations and the future of the nation. (Do not such bodies already exist, in the form of the Mainland Affairs Council and the Taiwan Affairs Office?) Given Beijing’s constant warping of democratic principles and the inflexibility of the center-rules-all CCP model, such negotiations would inevitably lead to losses for democratic Taiwan. And here again, whatever agreement was reached would, using the Hong Kong model as an example, almost inevitably be ignored by Beijing after a certain period of time. It is also very clear that “political parties and all sectors on both sides of the Taiwan Strait,” who under the arrangements “may recommend representatives to conduct extensive and in-depth democratic consultation on the basis of the common political foundation of upholding the ‘1992 consensus’ and opposing ‘Taiwan independence’” would exclude a large number of people in Taiwan — a majority of them, in fact.

As expected, Xi made no promise to renounce the use of force against Taiwan, though he noted that “Chinese do not fight Chinese,” which presumably would mean that when the missiles rain down on Taiwan, those who declare themselves “Chinese” would be spared the horrors of destruction and loss of family members. But wait, Xi says, the threat of force also doesn’t target “compatriots in Taiwan,” but only “the interference of external forces and the very small number of ‘Taiwan independence’ separatists and their activities.” That goes well beyond a bullseye CEP — the missiles would have to read minds and discriminate between “independence separatists” and those who favor something else.

But here’s the catch: what to make of the majority of Taiwanese who favor the “status quo,” who, in other words, do not support unification? Do they get a smaller warhead dropped on their houses? Xi’s remarks here reveal the CCP’s continued inability, or refusal, to admit that its Taiwan “problem” is a much larger one, one that stems from clashing values and the embrace, almost universal, of liberal democracy by the Taiwanese, whether they be “green” or “blue,” and regardless of their views on the “1992 consensus.” In other words, if the CCP were to use force against Taiwanese “separatists,” it’d have to kill a whole lot of people, not just “a very small number” of “separatists.” And needless to say, the notion that “separatism” or the desire to maintain one’s sovereignty is somehow the result of manipulations by “external forces” is preposterous at best, a complete misreading of the choices that the Taiwanese have made for decades.

Xi then urged young people across the Taiwan Strait “to shoulder important tasks with courage, be united and friendly with each other, and strive for a better future hand in hand.” Whether the omission of not-so-young people from this sentence means that older people on both sides need not be friendly to each other is anyone’s guess. But what is certain is that China’s track record on friendliness has been severely lacking, what with the barrage of attacks on Taiwanese artists on the Internet, the ugly Chinese nationalism on display, time and time again, on university campuses worldwide — oh, an the not-to-be-shelved military threat against Taiwan. Here the CCP’s definition of Taiwanese friendliness is subservience. Bow to our will, become complicit in the Chinese dream as defined by the CCP, and though shalt not be threatened.

Once again, it is clear that the CCP is the greatest impediment to the peaceful resolution of conflict in the Taiwan Strait. It is its rigidity, its lack of imagination and refusal to face reality, not “Taiwanese separatists,” that stands in the way of some sort of peace. Since 1979, the CCP and the Chinese people have had many occasions to better understand Taiwanese society and the complexities of its democratic system. Xi’s painful regurgitation of old tropes this morning tells us that either the CCP hasn’t learned a thing, or it has, but, cornered by its own rhetoric and ideology, it cannot admit otherwise lest such an admission reveal its fraudulence to the Chinese people.

Four thousand, two hundred and fifty-four characters. At their heart, a threat, the rest confabulation aimed primarily at the Chinese rather than “Taiwanese compatriots.”

J. Michael Cole is chief editor of Taiwan Sentinel, a Senior Non-Resident Fellow with the Global Taiwan Institute, Senior Non-Resident Fellow with the Taiwan Studies Programme at the University of Nottingham, UK, and an Associate Researcher with the French Center for Research on Contemporary China (CEFC). He is author of the MLI report, The Hard Edge of Sharp Power: Understanding China’s Influence Operations Abroad.