Taiwan - Between the Extremes of War and Abandonment: New MLI Commentary by J. Michael Cole 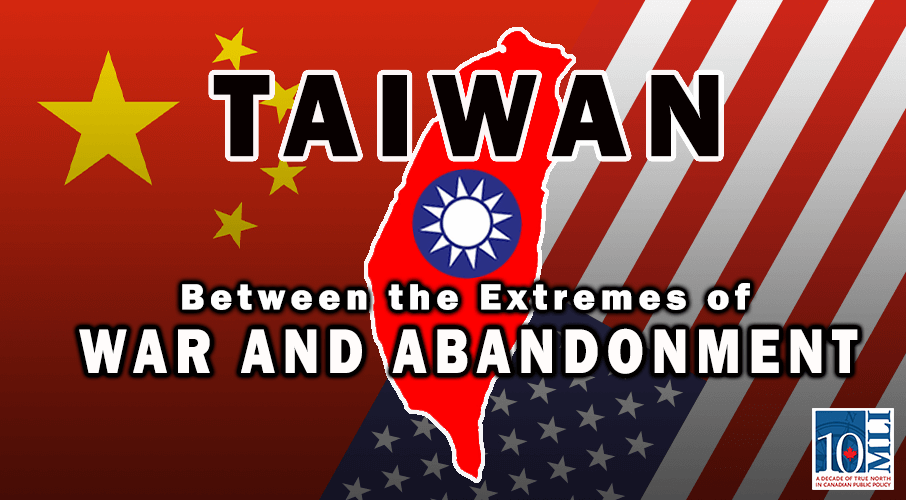 OTTAWA, ON (September 24, 2020): With China engaging in increasingly aggressive action and rhetoric against Taiwan, and with a major US election on the horizon, the question of how the West should respond is fresh on the minds of many observers.

In MLI’s latest commentary, titled “Taiwan: Between the Extremes of War and Abandonment,” Senior Fellow J. Michael Cole suggests that we need to view Taiwan not as a mere means to an end. Instead, East Asia’s most successful democracy should be seen as a model and partner for the international community.

Too often, by both those who would abandon the country and those who see themselves as passionate supporters, Taiwan is understood only in the geopolitical context of US-China relations. “Taiwan isn’t simply a piece of real estate for the US to exploit for purposes of containing China. Nor is it only of strategic value,” Cole explains.

A sovereign country and a vibrant democracy, Taiwan can neither be “given” to China as some academics and apologists suggests, nor can it be understood merely as a containment measure against Beijing’s ambitions.

To that end, Cole rejects the framing of the Taiwan question as one between either warring with China or abandoning Taiwan. To avoid conflict without appeasing China’s revisionist authoritarian regime, he argues that the West (and particularly the US) should engage in “deterrence and counter-coercion.”

For Cole, while this strategy does involve military preparedness to effectively deter China, more active measures include the threat of economic retaliation, sanctions, embargoes, cyber attacks, and frozen assets. “Besides not risking lives in actual combat,” Cole argues that “such measures have the additional advantage of adding to the burden of decision to launch an attack against the smaller party (Taiwan).”

While a number of critics have suggested that those who support Taiwan are mere supporters of President Trump’s foreign policy goals, or that abandoning Taiwan is necessary to avoid conflict with China, these positions neglect the growing bipartisan support for the country. This consensus is largely driven by the fact that Taiwan is a prime example of a rule-abiding, progressive, and democratized nation that is a source of inspiration for the region.

“Standing by one of the world’s most successful examples of a young and prosperous democracy, and giving its 23.5 million people the right to determine their own future, should not be a binary decision of ‘inevitable war’ versus abandonment,” Cole concludes.

“It is what lies between those two unimaginable extremes that needs to be reinforced.”

To learn more about how the West should view and engage with Taiwan, read the full commentary here.