How Taiwan is Leading by Example in the Global War on the COVID-19 Pandemic: New MLI Commentary 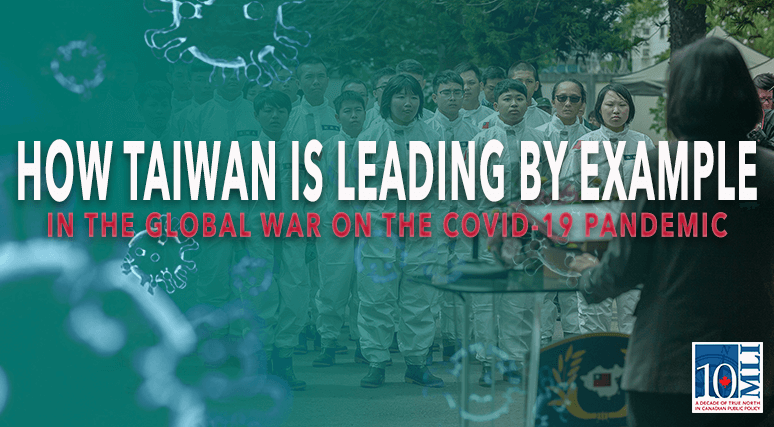 OTTAWA, ON (March 26, 2020): As countries around the world, including Canada, struggle to gain their footing in the fight against COVID-19, very few countries have been able to cope quite as well as Taiwan. Schools remain open, the economy is functioning, and citizens are living what are largely normal lives. The question is, how did Taiwan succeed where other countries have failed despite being so close in proximity to China and so intimately linked by tourism, travel, and trade?

In a new MLI commentary titled “How Taiwan is Leading by Example in the Global War on the COVID-19 Pandemic,” MLI senior fellow J. Michael Cole takes a deep dive into Taiwan’s successful strategy and the lesson that Canada could learn from the tiny island nation.

“Taiwan has handled the outbreak with such brio that, at the time of writing, it is arguably one of the safest places on the planet,” explains Cole. “Blessed with experience from past outbreaks such as SARS, an enviable health system and a high technology base, Taiwan combined its assets to consolidate a response that serves as a benchmark to the international community.”

According to Cole, a multitude of factors have contributed to Taiwan’s success. At its core, Taiwan’s strategy has benefitted from proactive, centralized decision-making and taking nothing for granted. Much of this readiness was a consequence of learning lessons from the 2003 SARS outbreak, as well as having experienced policy-makers at the head of government, including Taiwanese Vice President Chen Chien-jen – a world renowned epidemiologist.

As early as December of 2019, Taiwanese officials were already acting, preparing their society for a worst-case scenario and thus placing their response well ahead of the curve. Early action on travel restrictions, contact tracing, and health screening at airports were all unrolled quickly. Using combined data from health, immigration, and customs agencies, Taiwan was also able to apply a big data strategy that effectively tracked the whereabouts of quarantined individuals and limited community transmission of COVID-19.

By January 20, Taiwan activated its Central Epidemic Command Center – several weeks before many Western leaders were even fully aware of the pending pandemic. Taiwanese officials moved quickly to ramp up the production and control the supply of medically-essential supplies such as masks, provided clear and consistent communication with the public, and even employed high-tech solutions to keep Taiwanese citizens aware of supplies of key items at local stores and provide localized warnings about the spread of the disease.

“Throughout the crisis, the Taiwanese public has refrained from panic and, for the most part, did not engage in the kind of hoarding of products and food that was experienced in other countries worldwide,” explains Cole. Though mocked by some as “alarmist” or an “overreaction” at first, Taiwan’s quick action “successfully erected the necessary controls and prophylactics to ensure the safety of its nationals and the hundreds of thousands of foreign nationals who make Taiwan their home.”

However, Taiwan’s success has not been without challenges. Eager to distract from its own failings, Cole notes that China has been ramping up its aggression against Taiwan in recent weeks. Moreover, due to a direct result of Beijing’s political pressure campaigns, Taiwan is not able to meaningfully participate in international bodies like the World Health Organization, thereby limiting Taiwan’s ability to benefit from shared solutions and to provide the global community with its own expertise.

And yet, Taiwan has still managed to enter into joint cooperation with the United States and the European Union on everything ranging from developing rapid test kits, to producing vaccines for trial, to sharing expertise, to coordinating the production of medical supplies, and much more. As Canada fights its own battle with COVID-19, Cole makes the case that there are plenty of opportunities for Ottawa to engage with Taipei.

“Canada, which is dealing with its own outbreak, certainly could learn from Taiwan’s own experience dealing with the virus, and would undoubtedly benefit from collaborating more closely with its public health sector,” argues Cole. “The opportunity is now there for members of the international community to see the advantages of developing closer ties with Taiwan, a modern, democratic country that has tons to offer.”

To learn more about Taiwan’s innovative and effective approach to managing COVID-19, check out the full commentary here.