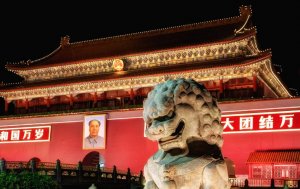 OTTAWA, ON (May 22, 2018): Canada's government is close to making a decision that will have an enormous lasting impact on our country. The acquisition of Canadian construction giant Aecon by CCCI, a Chinese state-owned enterprise (SOE), is being reviewed under the Investment Canada Act and a decision is imminent.

But, as noted in Munk Senior Fellow Duanjie Chen's new commentary, titled "The CCCI-Aecon Deal: An Integral Part of China’s National Strategy," this is not just any corporate takeover.  The acquisition of Aecon is connected to Beijing’s aspirations for a more dominant global role and backed by its government’s financial power.

“SOEs form an integral part of China’s national strategy for global expansion,” says Dr. Chen. “That is a major reason why China has created monstrous SOEs through internal mergers in the first place.”

Central SOEs in the Fortune Global 500 have increased from 6 to 48 since 2003 and their total assets have grown by more than 700 percent. Backed by the government's financing, China's SOEs are its agents that compete in the global market and take advantage of its open and free system.

CCCI’s acquisition of Aecon Group is not aimed at profit, like regular commercial dealings in the free market system. Instead, it’s aimed at expanding market share for China’s international influence, particularly in developed countries.

This raises an important question for Canadian policymakers: “The question here is who in our free market economy can afford such a grand strategy without the backing of state capital?”

As Chen concludes, “China’s dominant force in exercising such a strategy has created an unfair game in our free market system.”

This commentary is based on Duanjie Chen’s talk at a recent MLI event, titled “Dragon with a Chequebook: Aecon, China, and the Challenges to Canada's Policy on Foreign Investment.”

Canada can expect to face additional temptations from Chinese foreign investment in the future, and possible consequences if it refuses such entreaties. This commentary provides an important counterpoint to those who misleadingly claim that engagement with China represents all reward and no risk.