Taking partisanship out of Indigenous affairs: Ken Coates in the Toronto Sun 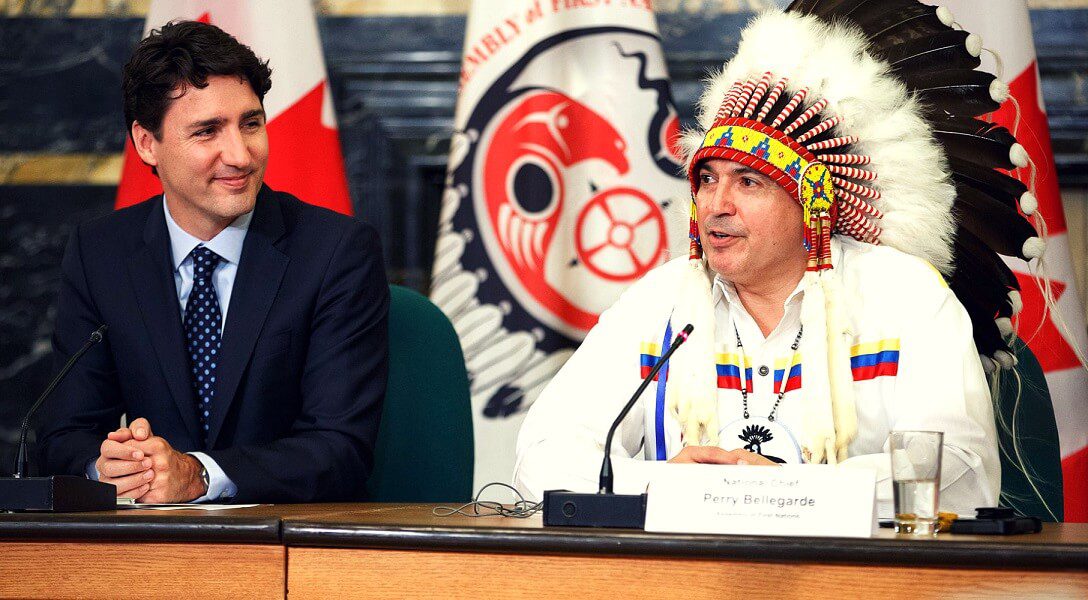 Lifting Indigenous affairs beyond partisanship could lay the foundation for lasting and beneficial partnerships with Indigenous peoples in Canada, writes Ken Coates.

Indigenous peoples have never stropped pushing for policy change. Aboriginal and treaty rights were “recognized and affirmed” in the 1982 Canadian constitution, and subsequent legal victories converted the aspirations of First Nations, Inuit and Metis into meaningful political and economic authority. Indigenous politics changed. Non-Indigenous politics, not so much.

Prime Minister Justin Trudeau’s government made promising changes. They campaigned on reaching out to Indigenous peoples and whether the government under-estimated the challenges, few questioned the resolve of the Prime Minister, Carolyn Bennett, and the now-departed Jody Wilson-Raybould and Jane Philpott.

First Nations, Metis, and Inuit became frustrated with the slow pace of change and Trudeau’s predilection for spending announcements over practical action. But Indigenous leaders knew that they had the ear of the federal government in important new ways.

As the 2019 election approaches, particularly with Philpott and Wilson-Raybould out and the Liberals stumbling through the SNC-Lavalin scandal, the trajectory of Indigenous policy comes into question. To date, Andrew Scheer’s Conservatives have been near-silent on Indigenous affairs. So too has Jagmeet Singh’s NDP, although they are sympathetic to Indigenous issues.

Canada is at a crossroads. The Trudeau government made invaluable commitments to creating a new Indigenous relationship. This has allowed for unprecedented co-production of policy and funding priorities. While there are discordant elements – particularly over oil and gas – the relationship has been mutually-beneficial.

Yet there is the danger that politicians will use Indigenous affairs for political advantage. This would be truly unfortunate. If recent spending commitments were abandoned by a next government, Indigenous confidence in our national politics would erode further. If efforts to build new relationships give way to conflict, the promising developments of recent years could vanish. Given that First Nations, Metis and Inuit people have been finding innovative ways to achieve objectives, such a development would be a serious set-back.

Indigenous peoples made compromises and reached out to the country. The Liberal government did the same. Together they have made considerable headway. But the Conservatives and NDP have yet to make their priorities clear. All parties would do the country and Indigenous peoples a profound service if they agreed to de-politicize Indigenous affairs in Canada. Parties need not abandon their specific priorities and preferences, but they should establish a general consensus on the contours of Indigenous policy-making and a commitment to real partnership.

The shape of the national consensus should be clear: a commitment to support and respect Indigenous self-government and self-determination, a sincere effort to bring infrastructure and services in Indigenous communities up to par, support for revitalizing Indigenous languages and cultures, and respect for Indigenous constitutional, treaty and legal rights. These are neither radical nor impossible.

Indigenous communities understand that economic development is essential to long-term success and autonomy. Government spending is increasingly seen as more of a problem than a solution. Within these contours lie the foundation for a non-partisan consensus on Aboriginal policy.

Lifting Indigenous affairs beyond partisanship would be a natural extension of the Trudeau government’s policies. Such a move could lay the foundation for lasting and beneficial partnerships with Indigenous peoples in Canada.

Ken S. Coates is a Munk senior fellow at the Macdonald-Laurier Institute.