Targeted reforms to drug coverage can ensure no one is left behind: Sean Speer for Inside Policy 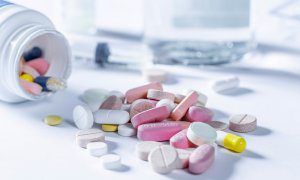 We don’t need radical change to pharmacare to target those who are in need and reach closer to universal access to drug coverage, writes Sean Speer.

The Hoskins Panel’s report relies on various diagnoses and assumptions to reach its recommendation for a new, universal, and single-payer pharmacare model. Its main argument though is that the current system is replete with “significant gaps in coverage and access” that produce inequities and poor outcomes. The panel therefore concludes that only sweeping changes to the current hybrid mix of public and private insurance can close these gaps and solve the inherent inequity.

It’s a superficially compelling line of argument. Especially since Canadians are instinctively responsive to appeals to equity and fairness. It’s no surprise that polling shows a vast majority of Canadians view drug access and affordability through the lens of fairness. They rightly don’t want to see anyone left behind when it comes to drug coverage and access to medications.

It doesn’t necessarily follow, however, that a single-payer pharmacare model is required to deliver on this public impulse. The case for such a radical policy change is rooted in flawed suppositions about the size of the insurance gap and the people affected. A clearer understanding of the current state of drug coverage in Canada points in a decidedly different, more incremental direction.

The report observes that roughly 10 percent of Canadians don’t have drug coverage from the government or the market. This estimate is consistent with recent MLI research.

The panel calls this “profoundly unfair.” This judgement presupposes that this cohort – roughly 3.5 million – wants drug insurance but doesn’t have it due to cost or other factors outside of their control. A recent column in the Toronto Star described them as “typically families with low incomes who find that even small expenditures for necessary medications are unaffordable.” It conjures up an image of a vulnerable group of Canadians under financial and health strain. Our instinct for fairness is understandably triggered.

But the truth is we know quite a bit about this uninsured cohort and the real picture is different than the one presented by the panel and its proponents.

A large share is neither poor nor old. They’re also unlikely to live in a rural or remote community. Otherwise they would be covered by provincial programs such as Ontario’s Trillium Drug Program which target low-income households, seniors, or rural residents.

They don’t have private drug coverage through an employer, a spouse, or as an individual. This presumably means that they are unattached or work for small firms or are involved in non-standard employment such as “gig” economy, non-profit work, or self-employment.

MLI research in fact estimates that 2.8 million (or roughly 80 percent) of the uninsured cohort actually fall into the self-employed category. And it’s not even accurate to refer to this self-employed group as uninsured. These people have ostensibly chosen to self-insure based on a cost/benefit analysis of obtaining insurance relative to paying out-of-pocket for drugs.

These characteristics mean that this cohort is generally working-age and earning income that exceeds the means-testing thresholds for public programs. It also means that these people aren’t victims of an unfair system but rather mostly are rational actors who’ve made reasonable judgements based on age, costs, and health status. It doesn’t mean policy-makers shouldn’t concern themselves with this group. But it might change how we think about the role of government and public policy. Notwithstanding the rhetoric from pharmacare proponents, Canada’s uninsured population isn’t, by and large, vulnerable.

Accounting for the under-insured population doesn’t fundamentally change this judgement either. The Hoskins Panel relies on a 2016 survey to estimate that another 9 percent of Canadians have inadequate drug coverage due to a combination of co-payments, deductibles, or premiums. It never determines a standardized measure for adequacy. Instead the panel counts on people to self-assess the inadequacy of their coverage given that costs for the individual “can still be high.”

This is a flimsy basis to disrupt our current model for drug coverage. Especially since the report’s same page concedes that as many as 4.1 million Canadians are eligible for public insurance but aren’t enrolled for various reasons including their drug costs won’t exceed plan deductibles or a lack of awareness.

It only reinforces that the “significant gaps in coverage and access” are both qualitatively and quantitatively less significant than the Hoskins Panel and its proponents claim. The truth is we may only be talking about roughly three-quarters of a million people or so who neither have access to private nor public plans and face limitations to obtaining drug coverage through an employer or on their own.

This matters, of course, because the significance of the purported gap is key to the panel’s appeal to Canadians’s fairness and its justification for sweeping reforms to the current drug insurance model. If the gap isn’t that big and the people affected aren’t vulnerable – in fact, a considerable share have deliberately chosen not to obtain drug insurance – then, it seems to me, the whole fairness argument collapses under the weight of its own evidence. And, in turn, it becomes more and more difficult to justify blowing up the current model to better accommodate a population roughly the size of Mississauga.

Drilling down into the data and evidence produces a much different story than the Hoskins Panel and its proponents have perpetuated. The vast majority of Canadians currently have drug coverage and the story about those who don’t is more complicated than is presented. There’s certainly room for incremental progress as we’ve set out to target those who are in need and reach closer to universal access to drug coverage. But policy-makers should recognize that we don’t need radical change to deliver on Canadians’s expectations about fairness and ultimately ensure no one is left behind.

Sean Speer is a Munk senior fellow at the Macdonald-Laurier Institute and author of a recent commentary titled, A Dose of Reality: The Need for a Targeted Approach to Pharmacare.