The tax wars to come: Jack Mintz in the National Post 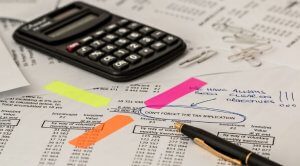 Two developments took place this past week that could impact many multinational corporations in the near future, and could spark a global tax war, writes Jack Mintz in the National Post. Below is an excerpt of the article, which can be read in full here.

Two developments took place this past week that could impact many multinational corporations in the near future, and could spark a global tax war.

The first is the suspension of global talks to resolve differences over the taxation of digital services. The United States has threatened retaliatory tariffs if European countries, along with Australia and Canada, go ahead with their digital taxes on large American tech firms.

The second is a proposal made by the European Union Commission to limit subsidized foreign companies from competing in the EU. For companies like Bombardier that have enjoyed mind-boggling subsidies from the Canadian and Quebec governments, this will be a new obstacle to overcome.

A level playing field between foreign and domestic digital services would imply that we should force companies like Netflix to charge federal and provincial sales taxes.

Quebec and Saskatchewan now apply their provincial sales taxes to digital services (British Columbia was planning to do so but has postponed it due to the recession). The federal government, along with other provincial governments, should do the same when the economy recovers. That is a no-brainer.

The corporate income tax issue is far more complex. As a source-based tax, the tax on corporate profits is applied to companies with a physical presence in the jurisdiction.