St-Laurent's Diplomacy - The Case of Newfoundland: David MacKenzie for Inside Policy 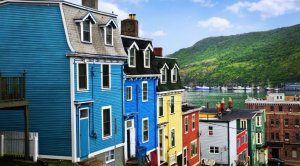 Louis St-Laurent was the leading Canadian behind the achievement of union with Newfoundland, writes David MacKenzie.

This article is a part of MLI's latest issue of Inside Policy where MLI’s authors and experts draw inspiration from Louis St-Laurent, who offers salient lessons on how to govern successfully and accomplish a great many things in times of crisis.

The day Louis St-Laurent was sworn in as prime minister on November 15, 1948, he was already deeply involved in the negotiations that would bring Newfoundland into the Canadian Confederation. It was an event he would later recall as the “most important achievement of my years in public life.” St-Laurent knew the file well and approached the issue with his usual even temperament, integrity, and sound judgment.

“The key to Mr. St. Laurent’s character,” wrote the influential journalist Bruce Hutchison in a 1949 article in the Saskatoon Star-Phoenix, “is his ability to sort out the essentials from the trivial, to see great affairs in simple terms.” Hutchison added that St-Laurent was “instinctively aware of public opinion, the limitation of government power, [and] the possible thing in a practical politics.” During his efforts to bring Newfoundland into Canada, he utilized all of these characteristics.

St-Laurent’s approach to union with Newfoundland was both pragmatic and shrewd. He weighed the pros and cons and concluded that Confederation was a good idea for both countries. The strategic value of Newfoundland was demonstrated during the Second World War and that importance would continue long into the Cold War. The island was an important trading partner, its airspace was increasingly valuable, and, in a more general way, union would strengthen Canada and put an end to a process begun in the 1860s. St-Laurent’s support for Confederation did not mean that political considerations or tactics were irrelevant, but once decided he believed that the government should move ahead on the matter without delay.

At the end of the war, the British government authorized the establishment of a National Convention in Newfoundland to debate various forms of government that would then be placed before the country in a referendum. It was the first step in the restoration of democratic government in Newfoundland, but in advance of that vote it was agreed to send a fact-finding mission to Ottawa to explore the possibility of union. Ottawa established a cabinet committee to oversee the process and St-Laurent, as secretary of state for external affairs, was appointed chair. From that moment, he assumed the direction on the Canadian side of the whole process leading to Confederation.

Over the next two years St-Laurent was deeply involved in the unfolding drama, balancing, on one side, the demands of the Newfoundlanders for better terms and, on the other, the financial resources available to the government and the domestic political ramifications if the government was seen to be making a too-generous offer to the new province. Added to the mix was an increasingly nervous Prime Minister Mackenzie King who saw political risks around every corner and advocated caution. St-Laurent, conversely, became more determined. He believed that the two countries were moving towards union and that it would have been irrational to turn back at this stage. The only question was the cost, but for St-Laurent, as for many Canadians, it was a price worth paying.

The Newfoundlanders voted in favour of Confederation in the second of two referendums in the summer of 1948, and Ottawa welcomed the appointment of a Newfoundland delegation to undertake the final negotiations. By this time St-Laurent had become prime minister, further enhancing his prestige and authority in the proceedings. For the most part the talks were cordial and reasonable, and there was willingness to compromise on both sides.

St-Laurent usually spoke for the Canadians, although on occasion C.D. Howe, the minister of trade and commerce, chaired the sessions. Elmer Driedger, a Justice Department official who sat in on many of the meetings, later recalled the differences in style and temperament between St-Laurent and Howe, with the latter arriving at meetings only to declare: “Well, what’s on the agenda today?” The Newfoundlanders would bring up a problem or suggestion and Howe would respond bluntly “No we can’t do that, what’s the next item?” St-Laurent was much more the diplomat, Driedger remembered, and far more courteous. Things moved along more smoothly when he presided.

Throughout the process St-Laurent chaired most of the joint meetings, steered the debate in cabinet, and spoke for the government in Parliament (and he ultimately oversaw the establishment of the new provincial government in St. John’s). Near the end, as the negotiations faltered and nearly collapsed on the financial issues, he intervened decisively in cabinet and endorsed the inclusion of a clause in the Terms of Union calling for the establishment of a royal commission, within eight years of union, to examine Newfoundland’s financial situation and determine whether additional assistance was necessary. That term broke the impasse over subsidies for the new province and enabled the negotiations to proceed. Without it, Confederation might never have happened.

Newfoundland officially joined Canada on March 31, 1949 and in Ottawa the moment was marked with a ceremony at the base of the Peace Tower, with speeches from St-Laurent and Gordon Bradley, a prominent Newfoundlander and the newest member of the Canadian cabinet. The two politicians carved the first strokes of the Newfoundland coat of arms on the blank tenth shield in the arch of the tower – left empty for just such an occasion after the rebuilding of the House of Commons after the 1916 fire. It was right that St-Laurent should be asked to oversee the ceremonies, not only because he was prime minister but also because he was the leading Canadian behind the achievement of union with Newfoundland. He provided the leadership and a steady hand, responding to problems with flexibility but always with the ultimate goal firmly in view.

It was an extraordinary achievement and must rank as one of the most remarkable moments in Canadian history: the union of two countries, achieved with little protest, without a single shot fired in anger, and with no one killed before, during, or after its implementation. St-Laurent never wavered from his position of support for Confederation and was willing to make what he believed to be a generous offer to the Newfoundlanders. As he said in the House of Commons on June 19, 1948, “I think we would have been remiss in our duty to future generations of Canadians not to have done so.” It was a demonstration of prime ministerial leadership not often seen in Canadian politics.

David MacKenzie is professor of history at Ryerson University.