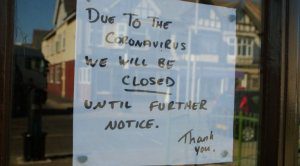 One of the biggest barriers to health care reform in Canada has been the complacent belief that at least we are better than the Americans, writes Shawn Whatley in the Toronto Sun.

When it comes to health care, Canadians only seem to care about one thing: Are we better than the United States?

As long as we “beat” the U.S., we remain smug about our performance, although this attitude can be hard to square with the tens of thousands of Canadians who get quick access to top-level care in the US each year, or the snowbirds vaccinated for COVID weeks or months ahead of their stay-at-home peers.

How are we doing? Overall Canada continues to rank in the lower third — 11th out of 15, and shockingly to some, two places behind the much-maligned United States.

While Canada had fewer cases and deaths than some, and so performed better on the Disease Misery category, our total excess deaths from all causes, including among younger Canadians, was relatively high. Because of Canada’s chronically inadequate health care capacity, we would have suffered much more had we seen more COVID cases, and one could make the case that we had to be extra stringent on lockdowns because we had unacceptably low spare capacity to deal with such a health care crisis compared to our peers.

On Economic Misery, Canada had higher unemployment, a larger drop in GDP and has taken on more debt than most other countries, including the U.S., creating misery now and for future generations.

Where Canadians suffer the most, however, is in our policy response to the pandemic. Canada’s Response Misery is now the worst among our peers. Canada is still well behind the U.S., the U.K. and others in both testing and vaccine rollout. And we have pursued more strict or frequent stay-at-home orders, lockdowns, school closures, and other non-pharmaceutical interventions that have heaped misery upon Canadians.

While the Index received widespread attention and acclaim, some critics scoffed at the idea that the U.S. could be ranked ahead of Canada, reluctant to relinquish the sense of superiority that America’s difficult COVID experience has given Canadians. The U.S. had far more COVID-related deaths per capita; surely that is all we need to know.

America’s better performance isn’t due to the design of the Index, which has three categories related to deaths in the pandemic, giving loss of life significant weight. As well, when you consider Canada’s poor performance on excess deaths, particularly non-COVID deaths among young people, we have little to boast about there. And the fact that lots of our peers achieved as good or better COVID outcomes at lower economic cost shows us we have imposed far more suffering than was necessary to achieve the result we got.

The U.S. comparison isn’t the only one that matters. The COVID Misery Index provides us with many examples of countries that have more effectively balanced risk and benefit, protecting their citizens’ health and wellbeing, than Canada during the pandemic.

Even so, for many, last place for us on a measure like Response Misery when America occupies first place is simply unCanadian. Rather than dismissing the result, however, simply because it conflicts with our prejudices, we should learn from the US experience. Effective testing and vaccines were always going to be the path back to normal. The U.S. and others prepared for this far better than Canada. Our inadequate testing and slow vaccine roll-out means there will be more disease, suffering and death than necessary.

One of the biggest barriers to health care reform in Canada has been the complacent belief that at least we are better than the Americans. Perhaps America’s better performance in helping its people recover from COVID more quickly and effectively will finally put that sacred cow out to pasture.

Dr. Shawn Whatley is the author of the new book, “When Politics Comes Before Patients: Why and How Canadian Medicare is Failing” and a senior fellow with the Macdonald-Laurier Institute.