For Tibetans, Don’t Let It Be the “Genocide Olympics” All Over Again: Sherap Therchin and Anvesh Jain for Inside Policy 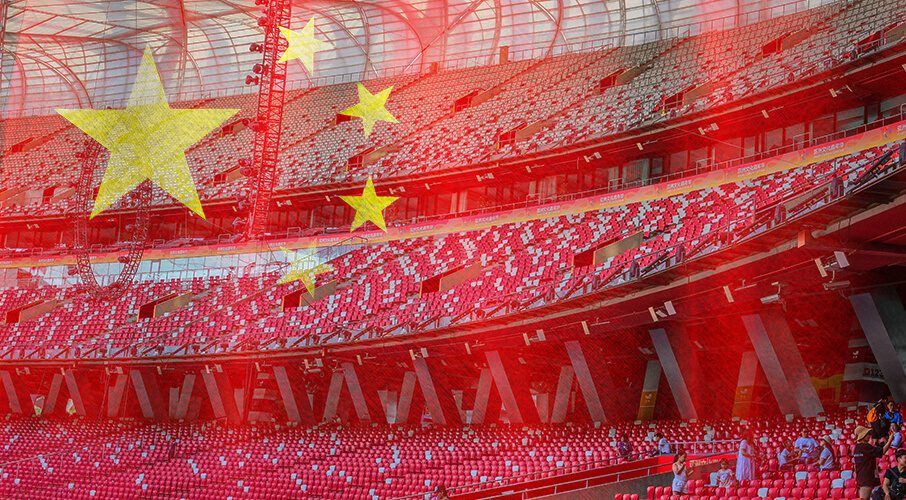 For the sake of Tibetan and Uyghur lives, it is imperative that Canada takes a pass on the 2022 Beijing Winter Olympics, write Sherap Therchin and Anvesh Jain.

The 2008 Beijing Summer Olympics opened to much fanfare as over 80 state leaders attended the ceremonies, replete with scores of popular icons and corporate ambassadors in their company. It was, after all, meant to be China’s shining moment on the world stage, a rhetorical culmination of a decades-long campaign toasting an emerging superpower’s “peaceful rise.”

Many in the West happily bought into this notion of a more liberal and internationalist China, one that could integrate itself in the global economy while promising better human rights for its long-oppressed dissident and minority populations. However, the Chinese Communist Party (CCP) had few qualms in immediately breaking those lofty promises – in what became known as the infamous 2008 “Genocide Olympics.”

In the decade since then, the CCP’s campaign of repression and authoritarian surveillance against its own citizens has only intensified. With the 2022 Winter Olympics once again hosted in Beijing, Canada should not give China another opportunity to tarnish its trust. Human rights advocates in China and around the world have paid the price of Western negligence once before already.

The Beijing 2008 Summer Olympics granted an immense propaganda victory to the CCP, while simultaneously allowing for the cover-up of the most intense crackdown against activists and ethnic minorities in the country since the Tiananmen Square massacre. Estimates indicate that 344 protests of differing magnitude took place in Tibet in 2008, with 227 Tibetans killed by the state that year and over 6810 Tibetans arrested or detained between March 2008 and 2010. For Tibetans, it may well have been the worst year for their cultural and religious rights since the initial 1959 uprising itself.

Since 2008, the CCP has pursued even more repressive measures against Tibetans in the Tibet Autonomous Region (TAR) and in other Tibetan areas outside the TAR. These include increased surveillance of Tibetan communities and the coercive insertion of the state into all aspects of Tibetan life. Buddhist monasteries have been subjugated to the administrative control of Chinese authorities, while efforts to promote Tibetan language have been curtailed and instead replaced with pro-government indoctrinating curricula.

Forced reeducation, relocation, and labour schemes have been systematically employed to destroy Tibet’s centuries-old nomadic herding culture and the connection that Tibetans hold with their ancestral plateau. Nomads were torn from their traditional way of life and unceremoniously thrown into urban settings without transitory assistance. They experienced an epidemic of unemployment and unpreparedness for participation in the formal economic sector. These programs are not built for success – rather, their purpose is to purge the spirit of Tibet by extinguishing the heritage of its people.

These policies follow on the CCP’s agenda to assimilate Tibetans under Han-majority rule through various “Ethnic Unity Laws.” Arbitrary arrests and torture-under-detainment have also become a common means of keeping Tibetans fearful and sedated. Tibetans cannot peacefully protest, keep portraits of their religious leader His Holiness the Dalai Lama, or do anything that promotes a sense of Tibetan identity and culture. Year after year, Freedom House consistently gives Tibet the dubious moniker of “least free country in the world.” On most conceivable metrics, life for Tibetans is poorer and more uncertain now than in 2008. That over 150 Tibetans have taken the dramatic step of self-immolation in the last 13 years is testament to the environment of total despair that the CCP has cultivated in the TAR.

This brings us back to the symbolic power of the Olympics. On March 10, 2008, on Tibetan National Uprising Day¸ shortly before the Olympic torch relay was set to begin, several hundred monks from Lhasa conducted a march to demand the release of Tibetans detained for celebrating the US government’s Congressional Gold Medal award to the Dalai Lama. This protest was met with arrests, severe beatings, and the firing of bullets. It set off a chain of protests across Tibet, designed to draw international attention to their cause and force the world to take notice of the terrible realities of life under Beijing’s iron grip. When the international community failed to heed their suffering, a wave of self-immolations convulsed across Tibet, dramatizing the condition of grim despair that permeates the region.

Canada must seriously ask itself what the true cost of its participation in the Beijing 2022 Winter Olympics entails. Can Canadian athletes and supporters of Team Canada take pride in winning gold, silver, or bronze medals stained by the blood of Tibetans, Uyghurs, and the free citizens of Hong Kong? These are questions that demand urgent answers, for they speak to the values and virtues that lie at the heart of Canada’s national idea.

From the perspective of Tibetans, Tibetan-Canadians, and their defenders, the answer is straightforward: attending the games and legitimizing the current Chinese regime would be an unconscionable stain on Canada’s reputation as an upholder of human dignity.

It’s become obvious now that the West’s tepid response to China’s “Genocide Olympics” emboldened the regime in their subsequent crackdowns against dissidents and ethnic minorities throughout the country. That the Canadian Parliament was able to recently recognize the genocide of the Uyghurs in Xinjiang and call for the relocation of the 2022 games is a commendable improvement. Still, the federal government must understand how its “business-as-usual” approach towards the Beijing 2008 games went on to undermine Canada’s interests in the region and human rights in Asia. The same lackadaisical attitude once more threatens to do so today.

To the Government of Canada, we say: now is not the time to avoid making difficult decisions and pass the buck along down the line. There is no such thing as benevolent complicity with the agents of genocide.

Prime Minister Justin Trudeau ought to follow in his father’s admirable footsteps and lead from the front in directing his government to boycott Beijing, as the elder Trudeau so bravely did in 1980 against the Soviet Union. The opposition in Parliament is with him and the Canadian public is with him. For Tibetans and defenders of Tibetan human rights, it would serve as a profoundly meaningful clarion call affirming Canada’s commitment to universal principles while acting as a strong symbolic denunciation of Beijing’s global transgressions.

Let’s not dignify the CCP with a domestic and international public relations victory. For the sake of Tibetan and Uyghur lives, it is imperative that Canada takes a pass on the 2022 Beijing Winter Olympics.