It’s time to bring troubled Japan-South Korea relations back from the brink: J. Berkshire Miller in the Globe and Mail 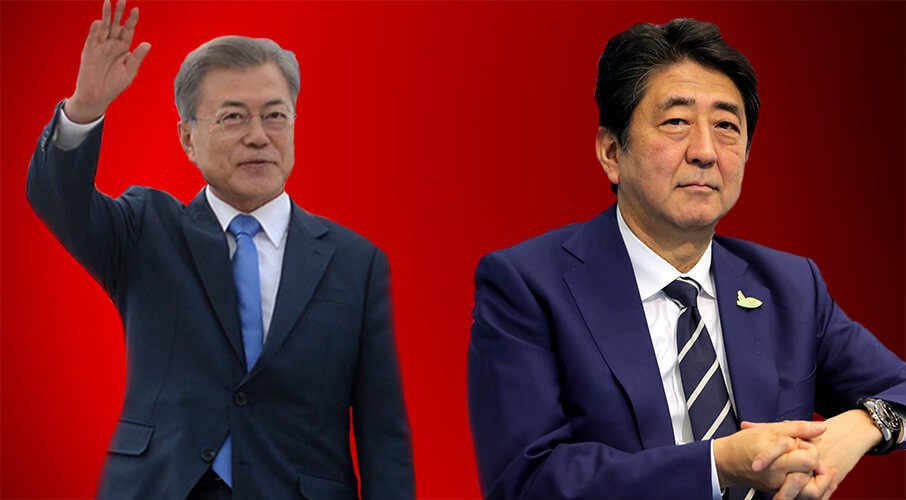 If there is no serious attention paid to the strained Japan-South Korea relationship, there will be important costs, writes J. Berkshire Miller.

While the world is fixated on other developments in East Asia, such as renewed provocations from North Korea or evolving U.S.-China trade tensions, another critical issue demands immediate attention. The bilateral relationship between Japan and South Korea – two important allies of the United States in the region – continues to descend to precipitous levels. If inattention to this deterioration is ignored, there will be significant economic and security consequences in the coming months.

Earlier this month, Japan announced that it would be formally removing South Korea from a “white list” of trusted countries for the exportation of high-technology components. The measures will place stricter regulations on Japan’s exporters that ship materials that are used in smartphones and in the assembly of semi-conductors – a key part of the supply chain for large South Korean multinational firms such as Samsung. This decision, which was originally put forward by Japan last month after the Group of 20 summit in Osaka, is likely to plummet already troubled ties to their nadir. Seoul has accused Japan of effectively placing sanctions on it in response to Tokyo’s displeasure with South Korea’s failure to work toward resolving other irritants – especially a toxic legal dispute over compensation regarding Korean wartime labourers during the Second World War. South Korea has responded by appealing to nationalism, unfortunately stoked by President Moon Jae-in, as evidenced by its boycott of Japanese goods and promise to “never lose to Japan again."

On its side, Japan denies the decision was made to punish South Korea and insists that these exemptions – which are provided to more than 25 like-minded countries such as the United States, Britain and Canada – are not a given, but should be based on countries that have adequate export control measures in place to ensure that materials are not potentially diverted for nefarious purposes. On this, Tokyo is correct that the white-list exemption space should not be seen as a place of guarantee, but a privilege based on national security assurances.

The move appears to be within Japan’s rights, and it has cited national security reasons for tightening export controls on South Korea. However, it is impossible to disconnect these recent tensions from the web of other disputes between the two. Tensions have been bubbling between Tokyo and Seoul for much of the year, as they continue to wrangle over a range of issues related to history. The two sides are locked in a dispute over compensation for wartime labourers, with the South Korean Supreme Court ruling earlier this year that Japan is still liable for additional compensation. In addition, the two countries continue to be at odds on their territorial dispute over islets in the Sea of Japan (Dokdo/Takeshima) and the issue of comfort women. Magnifying this mistrust, Japan is still fuming at a decision earlier this year by the World Trade Organization (WTO) that upheld South Korea’s ban of imports of Japanese seafood from the Fukushima area, after the nuclear disaster in 2011.

Perhaps most worrying, however, is that there appears to be little impetus to repair the relationship from either side. At June’s G20 summit, Japan’s Prime Minister Shinzo Abe and South Korean President Moon did not hold a meeting – even on the sidelines – instead settling for an obligatory handshake.

If there is no serious attention paid to this strained relationship, there will be important costs. Japan’s tighter export controls threaten to hurt an interconnected supply chain between tech firms in both South Korea and Japan. Perhaps, even more worrying is the impact on security co-operation. Defence ministries in South Korea and Japan were locked in a public feud earlier this year with cross accusations over an incident in the Sea of Japan in which a South Korean vessel allegedly locked its fire-control radar – a move aimed at targeting for weapons use – on a Japanese plane. Thus, security co-operation on important shared interests – such as deterrence of North Korea – remains more vulnerable than before (when such efforts were traditionally immunized from other problems in the relationship). Unfortunately, however, the two sides are going in the opposite direction with the Moon administration in South Korea threatening to pull out of an important intelligence sharing agreement that helps both sides gather information on North Korea.

The United States, as the key partner for both Seoul and Tokyo, needs to actively work with allies to ensure that this row does not continue to deepen. It should consider hosting a trilateral summit in Washington in the coming months to focus on co-ordination on regional security and North Korea – but also providing the much-needed facilitation of a face-to-face encounter for Mr. Moon and Mr. Abe that they cannot avoid. The role of mediation from Washington is not easy and also not new (former president Barack Obama made intense efforts to get Mr. Abe and former South Korean president Park Geun-hye together for a trilateral meeting in 2014) and is no panacea – but is desperately needed. Now is the time to convince Seoul and Tokyo of their need to return to a co-operative relationship – if only on security issues – and come back from the brink.