It’s time to start out-thinking the virus: Brian Ferguson for Inside Policy 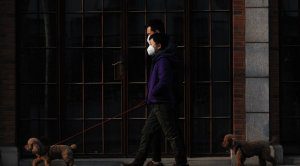 Lockdown measures were the correct decision at the time, but to focus entirely on COVID-19 cases, the exclusion of the harm being done by the shutdown, risks of getting the balance wrong when it comes to human health and well-being in the long run, writes Brian Ferguson.

To the consternation of some in the public health field, governments in various places are starting to talk about easing the COVID-19 shutdowns they’ve had in place for the past several weeks. Consternation, because the epidemiological view is that an easing now is likely to be accompanied by an upsurge in cases.

That’s almost certainly correct, but to focus entirely on COVID-19 cases, to the exclusion of the harm being done by the shutdown, risks getting the balance wrong when it comes to human health and well-being in the long run.

The issue isn’t, as has been increasingly expressed, one of money income versus human lives. In Canada, we’re still waiting for detailed April employment data, but we’re quite possibly looking at a 25 percent reduction in hours of work and therefore in output. In the US, according to a recent graphic in the New York Times, the number of first-time unemployment claims made in the past five weeks is equivalent to everybody in 25 states being thrown out of work. The UK, according to its Office of Budget Responsibility, is quite possibly looking at an economic shock unmatched since the Great Depression.

This isn’t just money, to be made up by having the Bank of Canada print more $50 bills; it’s a loss of real output, meaning among other things a loss of our capacity to deal with the purely health shocks caused by the coronavirus itself. And it’s not an “either/or” health or income choice. Low income causes long term health and social challenges, so the longer the economy stays shut down the more health problems we’re piling up for the future.

The shutdown was the right thing to do when we realized that pretty much all the information we had out of China about COVID-19 was wrong. We had no reliable idea about how rapidly the virus spread or how serious it was to catch it, but we did quickly learn that it could, in fact, be spread by human contact so pretty much our only policy resort was to reduce human contact as much as possible.

But that was an emergency response to a crisis in which we had no hard information. While the news reports during the shutdown have focused on the raw number of new cases reported, we’ve actually learned a lot more than that, especially from episodes like those on a couple of US and French aircraft carriers and in Canadian and US meatpacking plants, as well as from the population testing that’s been going on in places like New York.

We know that the virus is more widespread than had been thought, although not enough to let us talk about herd immunity. We know that it spreads quickly amongst a population, given the chance, but that the majority of cases are still mild, often to the point of going unnoticed. We know that the most serious cases occur among identifiable groups whose stock of health is already compromised, most notably residents of seniors homes and those with serious underlying medical conditions, and among people whose level of exposure is very high, like front-line medical personnel. If we could protect the most vulnerable, we could slash the mortality rates even as the virus continued to spread.

So, the question now has to be – is maintaining a shutdown over the entire economy still the best way to protect the vulnerable? Thinking long term, are we in fact making things worse by depriving ourselves of the national income necessary to fund national medical care? At what point is it time to move away from the blunt instrument of a shutdown and focus our efforts on the places where they’ll have the most impact?

Obviously, we can’t simply lift the lid and let ‘er rip. But why are we restricting people’s access to public parks when the epidemiological evidence says that the highest risk of infection is associated with being in enclosed spaces? As economist John Cochrane of the Hoover Institution recently noted, loud, crowded parties are probably the riskiest venues as far as spreading the virus is concerned. You have to reckon that sporting stadiums are probably a close second.

Certainly, the virus can spread in compact workspaces, but we need to be looking at the risk of serious infection, not just of spread. There are a lot of workplaces that can be re-opened, so long as we don’t ignore what we might once have written off as people having bad colds. Rather than keep the economy shut down, and deliberately push ourselves into a major depression and deny ourselves the resources needed to protect the vulnerable, we need to shift to targeting our efforts.

We’ve had our emergency response. Now it’s time to start out-thinking the virus.

Brian Ferguson is Professor of Economics at the Department of Economics and Finance at the University of Guelph, and a Faculty Associate of the Canadian Centre for Health Economics. He is the author of the recent Macdonald-Laurier Institute paper titled “To avoid catastrophe, our leaders need to make hard choices based on what we know now.”