Is Toronto better off with 25 councillors? Yes: Philip Cross in the Toronto Star 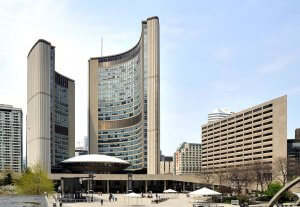 36 years in government taught me that upheaval is the only way to accomplish real change in organizational culture; Toronto should seize this opportunity to rethink its goals and how to deliver them, writes Philip Cross.

Premier Ford’s almost 50 per cent reduction in the number of Toronto city councillors, from 47 to 25, produces operational savings in the short-term. More importantly, the potential exists for greater long-term savings if the shakeup is followed by city hall shifting its focus from the mechanics of governing to serving the public.

So far the reaction to Ford’s move, however, is exclusively on how it was done and not the impact on the public, symptomatic of the underlying problem.

Reducing costs by shrinking city councils has been done before. The Mike Harris government presided over a 40 per cent cut to the number of local councillors in Ontario. The one academic study of this reduction concluded that evidence of lower costs was “questionable” because the obvious savings in council salaries may have been offset by higher pay for incumbent councillors and possible upheaval in the bureaucracy, without supplying any evidence of either.

This is a dubious finding. Unless the salaries of existing councillors rose by half, there must have been some savings. Toronto council will not dare vote itself a huge pay increase to offset their reduced numbers. Nor do the remaining councillors need more staff. After all, the vast municipal bureaucracy supplies the services the public counts on. The councillors are there to provide competent oversight to the management of these services.

As for turmoil in the ranks of the bureaucracy, 36 years in government taught me that upheaval is the only way to accomplish real change in organizational culture. When Statistics Canada was forced to fund the 1986 Census entirely out of its existing budget, it completely revamped its operations to create a leaner, more responsive, better organization. StatsCan did not waste its crisis; Toronto should seize this opportunity to rethink its goals and how to deliver them.

It is important in the long-term to build on the Ford government’s estimate of a $25 million cost savings from fewer city councillors. This requires a culture change among councillors and especially bureaucrats. A smaller council fosters the consensus needed to forge such a change by reducing the disparate voices representing special interest groups wanting to protect their benefits and not the taxpayer’s.

Amalgamation in 1998 is one example of an initiative to lower the cost of Toronto’s government that went beyond shrinking the number of councillors. It encouraged the election of more right-wing mayors (Lastman, Ford and possibly Tory) with support from suburban conservative constituencies. Right-wing mayors are more likely to find permanent cost reductions than the downtown liberal reflex of simply spending more to address all problems.

Ford articulated two goals when cutting Toronto’s city council. One is lower costs in the short run. The longer-term goal is better policy results. Tellingly, all the arguments against shrinking council have ignored whether it harms services to the public. A smaller council may help city hall focus on delivering services more efficiently, but this remains hard to achieve.

Donald Savoie, Canada’s leading expert on government bureaucracy, concluded that most attempts to improve government operations flounder because no one is accountable for achieving the stated goal.

A major roadblock to increasing accountability and reducing the cost of government is that public sector unions wield too much control over their workplace. This is a challenge all governments must overcome if we are going to have affordable government services as the population ages.

The largest municipal deficit is not financial, according to Canada’s leading textbook on local government. The biggest shortfall is “one of self-confidence and definition” to use their powers better. The initial reaction of Toronto City Council reflects this shortcoming; launching a futile challenge to Ford’s invocation of the notwithstanding clause is simply a self-indulgent, grandstanding waste of time and taxpayer money.

Such behaviour is why Stephen Clarkson called municipal government “the lowest form of political life in Canada.” Mayor Tory insists he remains fixated on delivering services, such as housing and transit, but misses the point about the need to deliver these services better and at a lower cost. The cuts to Toronto City Council should provoke a rethink of the efficient delivery of municipal services rather than outrage at how it was done.