The Tragedy of the Commons: William Watson in the Financial Post 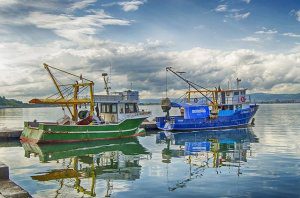 Though Nature abhors a vacuum, the tragedy of the House of Commons is that politicians don’t — just the opposite, in fact, writes William Watson in the Financial Post. Below is an excerpt from the article, which can be read in full here.

Brought in to provide background on the current dispute over the lobster fishery between commercial and native fishermen in southwestern Nova Scotia, CBC News Network’s chosen analyst put it all down to “racism and greed.” Well, there you go. It’s so refreshing when a news story has no complexities at all.

The analyst in question was Pamela Palmater, associate professor and chair in Indigenous Government at Ryerson University. Also the author of Warrior Life, a collection of her writings. Warrior Life, is about “educating the resistance.” Ms. Palmater came in second as a more radical alternative to eventual winner Shawn Atleo in the Assembly of First Nations election for National Chief in 2012. (She accused him, among other things, of “selling our souls to the devil.”) Her analysis that it’s all down to racism and greed is therefore not altogether surprising. And, of course, helpful in a way.

To begin with, let’s do what the government has done and condemn the violence. Roughing people up, torching their vans, burning down their storehouses and the like have no place in Canadian society. Everyone condemns it. Yes, tempers are running high. But the point of a rule-of-law society is that we all control our tempers. Angry lobstermen need to find peaceful ways to express their grievances — say, by piling lobster pots onto an important rail line or highway and blocking traffic for a few weeks.

Money is a salve to many problems and the amount that would be required to buy out some current licence-holders is not great, and these fishermen tend to make a modest living. Of course, the planet Jupiter is not great compared with what Ottawa has been spending in the past few months. And a well-trod road to financial ruin is to justify every expenditure by noting how small a share of the total it is.

Still, is there any other solution?