With Trans Mountain, the Liberals will suffer the 'social licence' whirlwind they've sowed: Brian Lee Crowley in The Financial Post 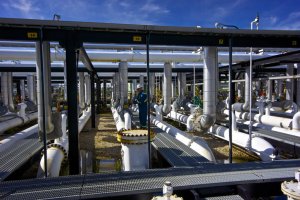 The Liberals have enacted new regulatory burdens and standards, carbon taxes and emissions caps for the oilsands in exchange for the environmental vote, writes Brian Lee Crowley.

Ottawa wants us to believe that its nationalization of the Trans Mountain pipeline is yet further evidence of its commitment to a project it has repeatedly described as in the national interest. Instead, this decision shows the total bankruptcy of the government’s approach to pipelines; that policy’s failure is now so total that the government is signalling it accepts that no private investor can be expected to bear the risks associated with pipeline construction.

Finance Minister Bill Morneau’s “don’t worry, be happy” approach relies on saying there are plenty of investors who will be prepared to take the pipeline off Ottawa’s hands once it is built. But the last four words of the previous sentence tell the entire story. The construction phase is the one that carries the highest vulnerability and danger of failure. Once in the ground and operating, the pipeline’s risks, while far from zero, are acceptable to the private sector.

Let us not lose sight, however, of the fact that, according to the Canadian Encyclopedia, there are 840,000 kilometres of pipeline operating in Canada today. Pretty much all of this hugely impressive network has been constructed using private capital that was effortlessly deployed by investors who saw in Canada a country with an intelligently designed and applied regulatory framework and an unshakeable commitment to the rule of law. That reputation now lies in tatters and we now learn that only the government, using captive taxpayers as bankers, can complete this project.

Nor is the nationalization of Trans Mountain the only evidence of the failure of this government’s pipeline policy. Cast your mind back to the moment the Trudeau government arrived in office. Leaving aside Keystone XL, there were three major pipeline proposals to bring Canadian oil to tidewater: Trans Mountain, Northern Gateway and Energy East. The Liberals had courted the environmental vote with promises that the permission of affected communities would be sought and obtained (i.e. “social licence”) for such projects. In exchange for that local acquiescence, the Liberals were willing to offer a panoply of measures designed to reassure Canadians that pipelines met the highest standards. New regulatory burdens and standards, carbon taxes and, in collaboration with Alberta, emissions caps for the oilsands were all enacted.

The Liberals had courted the environmental vote with promises that the permission of affected communities would be sought and obtained (i.e. “social licence”) for such projects.

Part of this new burden was used to kill one of the three projects, Enbridge’s Northern Gateway, thanks to offshore tanker bans and forbidding the routing of any pipeline through the so-called Great Bear Rainforest. The fact that Enbridge had spent over $1 billion on its proposal, had been granted permission under the law to proceed and was prepared to spend billions more of private investors’ money, were not to be allowed to interfere with the government’s virtue signalling. One down.

Next came the withdrawal of TransCanada Pipeline’s Energy East project. The government at the time liked to put about the fiction that this was some kind of commercial decision by the company whereas the innocent government stood ready to support the project if it proceeded. Independent observers, however, are virtually unanimous in seeing the increased regulatory burden and political uncertainty (especially in Quebec) as having killed the project. Far from promising nationalization, the government heaved a sigh of relief. Two down, again dragging many hundreds of millions in private investors’ capital with it.

That leaves Trans Mountain, what former federal cabinet minister Brian Tobin might have referred to as the one last, lonely, unattractive, little pipeline clinging by its fingernails. Ottawa hopes nationalization of the project will send a signal of a resolute government determined to see this through.

On the contrary, though, this decision will be seen by foreign investors as an admission of weakness, not a sign of strength. Ottawa is essentially saying that such infrastructure, previously built by private capital under known rules and under the protection of the law, is now being built in an atmosphere in Canada that is so hostile and unwelcoming that it no longer expects private investors to shoulder the risk. Considering that one half of all business investment intentions in Canada derive from the capital-intensive natural resource sector, the negative fallout is potentially huge for future living standards.

It is not lost on those who build and invest in pipelines that on the day the decision was announced to buy Trans Mountain, the media were full of reports that Green Party Leader Elizabeth May was proudly paying a $1,500 fine for criminal contempt for having defied a court order not to obstruct the project’s progress.

Count on hundreds, if not thousands more, following in her footsteps along the Trans Mountain route, assuming that legal challenges by B.C. and First Nations can be overcome. The Liberals are about to reap the social licence whirlwind whose seeds they helped to sow.

Brian Lee Crowley is managing director of the MacDonald-Laurier Institute.