Trivializing apartheid to attack Israel: David Matas and Sarah Teich for The Hub 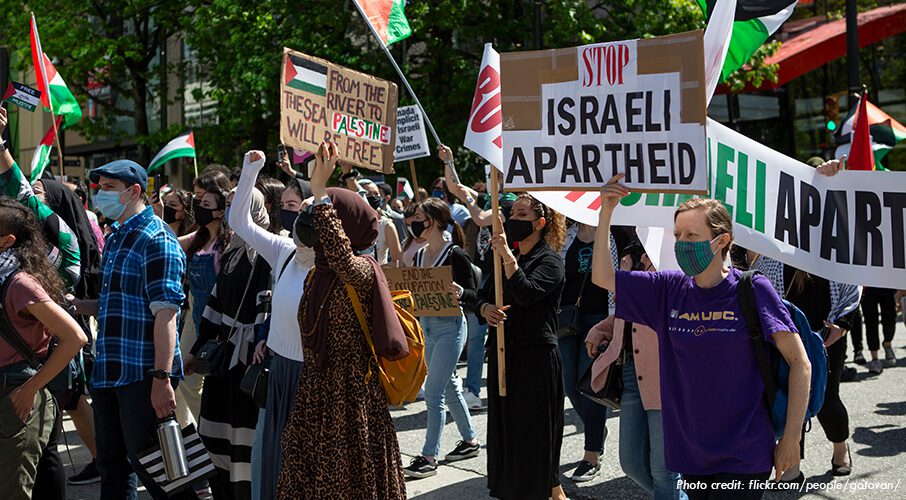 The situation in Israel bears no comparison to apartheid. Yet, unfortunately, as both the Holocaust and apartheid recede in history, we forget what they really were, write David Matas and Sarah Teich.

Holocaust distortion and trivialization are common phenomena. People get carried away; they lose perspective; they do not know that much about the Holocaust; the immediate matters more to them than historical truth and memory.

We are now seeing a similar phenomenon with apartheid. Apartheid is being distorted and trivialized in attempt to score cheap points in political debates. And the explanation is the same - animus over accuracy.

Human Rights Watch has a long history of exaggerated, distorted, decontextualized criticisms of Israel. It was perhaps only a matter of time before they wallowed in the apartheid comparison. The time has finally arrived with a report released April 27th which accuses Israel of the crimes of apartheid, fuelling the hatred which led, a few weeks after its release, to the recent and ongoing Hamas rocket attacks on Israel and the heaviest fighting since the Hamas aggression which sparked the 2014 Gaza War.

The situation in Israel bears no comparison to apartheid. Yet, unfortunately, as both the Holocaust and apartheid recede in history, we forget what they really were.

Apartheid in South Africa was a legal structure. The South African Prohibition of Mixed Marriages Act of 1949 banned interracial marriages. The Immorality Amendment Act of 1950 prohibited unmarried sexual intercourse between Europeans and non-Europeans. The Group Areas Act of 1950, the Bantu Self-Government Act of 1950 and the Bantu Authorities Act of 1951 denationalized all blacks, disenfranchised them, and allocated them to one of ten designated black bantus or homelands, requiring blacks to have passports to enter South Africa. The Pass Laws Act of 1952 required blacks to have pass books with permission to be in the specific part of South Africa they happened to be if they were outside their bantu.

Human Rights Watch considers any distinction between Israelis and Palestinians to be discrimination and recommends that Israel “should end discriminatory policies and practices with regards to citizenship”. Yet citizenship is an essential component of statehood.  Human Rights Watch, by calling an end to distinctions between citizens and non-citizens, is calling for an end to the State of Israel.

Human Rights Watch itself is not prepared to defend the comparison between Israel and apartheid, even though they assert it. The Report states that it "does not set out to compare Israel with South Africa under apartheid or to determine whether Israel is an apartheid state". The whole report is, then, a scam and a sham.  The word "apartheid" is used without any reference to what it really was.

The very existence of Israel has been challenged since its inception by pan-Arabists and is challenged today by those who reject the presence of a Jewish state in the Middle East. Israel is constantly referred to as Arab land while Jewish indigeneity is dismissed. The Palestinian Liberation Organization was originally part of the pan-Arab forces attempting through invasion to destroy Israel. The invasions having failed, the anti-Israel forces have turned to terrorism, demonization, and delegitimization.

When the Israeli military left Gaza in 2005, they had to evacuate all Jews for their own safety. In the West Bank and Gaza, Palestinian schools propagandize their children against the existence of Israel, inciting hatred, war and terrorism. Palestinians have victimized their children both as suicide bombers and human shields. The Palestinian Authority glorifies terrorism, referring to suicide bombers as martyrs, and giving out payments to families of terrorists arrested and detained for their terrorism.

The International Holocaust Remembrance Alliance, an organization bringing together experts and governnments on Holocaust education, remembrance and research, has adopted a working definition of antisemitism which includes as an example “claiming that the existence of a State of Israel is a racist endeavor”. This Human Rights Watch report, with its charge of apartheid without regard to the reality of apartheid, its rejection for Israel alone of distinctions based on citizenship, its failure to acknowledge the racism which drives the animus against Israel, its refusal to confront the incitement to terrorism and its almost daily occurrence against Israel and the need for Israel to combat it, fits within this example.

By presenting Israel as an apartheid state, Human Rights Watch victimizes the true victims of apartheid a second time, through distorting the memory of apartheid. Canada was a leader in the struggle against apartheid, imposing sanctions against South Africa as early as 1977. Canada needs to honour that struggle by reminding those who trivialize apartheid in a racist attempt to delegitimize the existence of the Jewish state what apartheid really was.

David Matas is senior honorary counsel for B’nai Brith Canada, a former Director of the International Defence and Aid Fund for South Africa in Canada, and a member of the Canadian delegation to the International Holocaust Remembrance Alliance. Sarah Teich is a senior fellow of the Macdonald Laurier Institute and a legal advisor to the Canadian Coalition Against Terror.