The Trudeau government can no longer ‘freeze out’ pro-development First Nations: Heather Exner-Pirot in the National Post 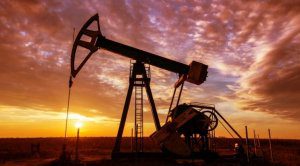 Canada can be a very unfriendly place for Indigenous leaders looking to create jobs and own source revenues, writes Heather Exner-Pirot in the National Post. Below is an excerpt from the article, which can be read in full here.

Canada has adopted one-sided consultation processes that favour First Nations that oppose resource extraction at the expense of those that support such projects. That was the finding of a judge recently in a rebuke to the federal government for its treatment of the Ermineskin Cree Nation.

Their case makes explicit what many of us have observed over the years: Indigenous people who support resource development do not fall comfortably into mainstream Canada’s idealized version of what Indigenous people should and shouldn’t do, and they are therefore ignored.

This particular claim saw the Ermineskin Cree, one of the four Nations of Maskwacis in western Alberta, contest a designation order that the federal Minister of the Environment, Jonathan Wilkinson, had placed on the Phase II expansion of Vista coal mine in July 2020. This subjected the mine to a full federal impact assessment — something the Impact Assessment Agency itself recommended against — which had the practical effect of stopping the activity.

Yet the federal government never consulted the Ermineskin, who had negotiated Impact and Benefit Agreements (IBA) with Coalspur Mines, the project proponent, in its consideration of the order. The judge concluded that this was wrong: the Crown had a duty to consult with the nation as its decision meant that valuable economic, community and social benefits were lost to Ermineskin.

This is a revelation in itself. Courts regularly restrict projects that impact Aboriginal and treaty rights; in this case, however, it was the restriction — the designation order — that was quashed. But the bigger story is the way the minister handled the process. As the judge pointed out, the federal government decided to hear only from Indigenous voices seeking to stop the coal mine through the order, but “inexplicably” froze out Ermineskin from the “very one-sided process,” despite them being closer and having an obvious interest in the project.

***TO READ THE FULL ARTICLE, VISIT THE NATIONAL POST HERE****