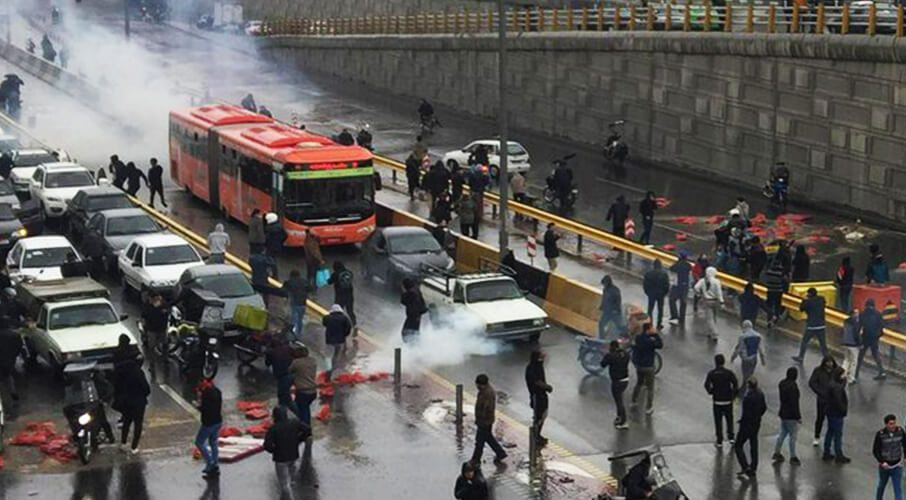 Iranian protesters are risking life and limb. The last time they rose up, Trudeau abandoned them. He should not make the same mistake again, writes Kaveh Shahrooz.

International affairs rarely offer do-overs.  But the new and increasingly-violent protests that have erupted all over Iran in recent days provide Prime Minister Trudeau a unique opportunity to correct one of his earlier foreign policy missteps.  Will he be wise enough to capitalize on it and demonstrate Canada’s leadership on the international stage?

In what feels like a replay of protests that broke out in late 2017, Iranians across that country have once against taken to the streets.  The latest uprising was prompted by an unexpected announcement from the government of Hassan Rouhani that it was rationing fuel and increasing its price by nearly 200%.  Under the weight of crushing US sanctions, which exacerbate the problems in an economy left crippled by four decades of governmental corruption and mismanagement, it is understandable that Iran’s regime can no longer afford to subsidize the already-difficult life of Iranians.

In reaction, thousands have taken to the streets in spontaneous protest. As has been the pattern, the economic protest has quickly radicalized, with demonstrators voicing a variety of grievances and chanting against the theocratic dictatorship.  (For example, a favoured chant of the protesters – “not for Gaza, not for Lebanon, I sacrifice my life for Iran” – is intended as rebuke of the Iranian government’s policy of using the public purse to pay proxies in the region.)

These protests, which mirror the largely anti-Tehran protests ongoing in Iraq and Lebanon, can pose an existential threat to Iran’s dictatorship.  Iran’s security forces have suppressed earlier protests for human rights and democracy.  But it is harder to deter protesters who cannot feed their children.

According to Amnesty International, over 100 protesters have already been killed. Once killed, the government refuses to give the bodies to their families for burial for fear that the funerals could themselves be sites of protest.  And to ensure that protesters cannot communicate and the world is kept in the dark about the severity of the crackdown, the Iranian regime has also shut down the internet.

All of this illustrates that Iran’s rulers are once again meeting their citizens’ reasonable demands with an iron fist.

Canada is home to a sizable Iranian diaspora.  It is also a country whose citizens have been murdered and arbitrarily detained in Iranian prisons.  So it has traditionally had an outsized interest in what happens in Iran. Yet, regrettably, during Iran’s mass protests in 2017, the Trudeau government responded tepidly.  It refused to express any solidarity with the protesters or to meaningfully condemn the Iranian regime’s brutal crackdown.

But things are different now.  The Iran nuclear deal, which Canada supported, is now effectively dead.  Several Iranian-Canadian detainees have since been released.  And the Trudeau government has formally abandoned its policy of re-establishing ties with Iran, which it was still pursuing in the time of the last protests.

In short, Canada now simply has less to lose by speaking out.  And there is much it can do immediately.

First, unlike 2017, Trudeau ought to speak forcefully about what is happening in Iran.  Certain members of his party, like the formidable Michael Levitt, are clear-eyed about the brutal nature of the Iranian regime.  Trudeau should similarly not mince words and explicitly put Canada on the side of the protesters.

He should also put Iranian government officials on notice that they will have to answer for any crimes they commit with respect to these protests in the same way they will have to answer for the gross human rights violations they have committed in the past four decades.  Canada is well-positioned to pursue this policy since we have adopted “Magnitsky” sanctions legislation allowing us to freeze the assets of those implicated in human rights violations.

Secondly, Trudeau ought immediately to help protesters regain access to the internet.  Social media platforms like Twitter, Instagram and Telegram are the lifeblood of Iran’s dissidents, allowing them to coordinate action, document governmental brutality, and counter the regime’s heavy propaganda.  The U.S. has indicated that it has the technical capacity to turn on Iran’s internet.  Canada should encourage them to do so. After all, Canada has been a co-sponsor of a UN resolution that “condemns unequivocally measures to intentionally prevent or disrupt access to … information online in violation of international human rights law.”  Our championing of this resolution would be meaningless if we do not act when it counts.

Finally, Canada should increase pressure on Iran’s rulers using policies that do not harm ordinary Iranians.  To start, Canada should release intelligence it has on the finances of Iranian officials, exposing their vast corruption.  The Iranian leaders who blame the US and Israel for Iran’s financial woes would not be able to do so when it is shown that they are hoarding billions in Swiss bank accounts.  In parallel, Canada’s intelligence agencies should find and expose the regime-connected individuals currently living in Canada.  The same leaders who issue threats to the West send their wives and children to live in Canada with their ill-gotten gains.  It is about time Canadians knew who they were and if they should be entitled to live here.  Canada should also list Iran’s Revolutionary Guards as a terrorist organization.  The Liberals have already committed to that policy, but have not acted on it.

Iranian protesters are risking life and limb to fight a dictatorship that has oppressed them for four decades.  The last time they rose up, Trudeau abandoned them.  He should not make the same mistake again.