Trudeau suffered a humiliating UN loss. Now he can pursue what really matters: Kaveh Shahrooz in the Ottawa Citizen 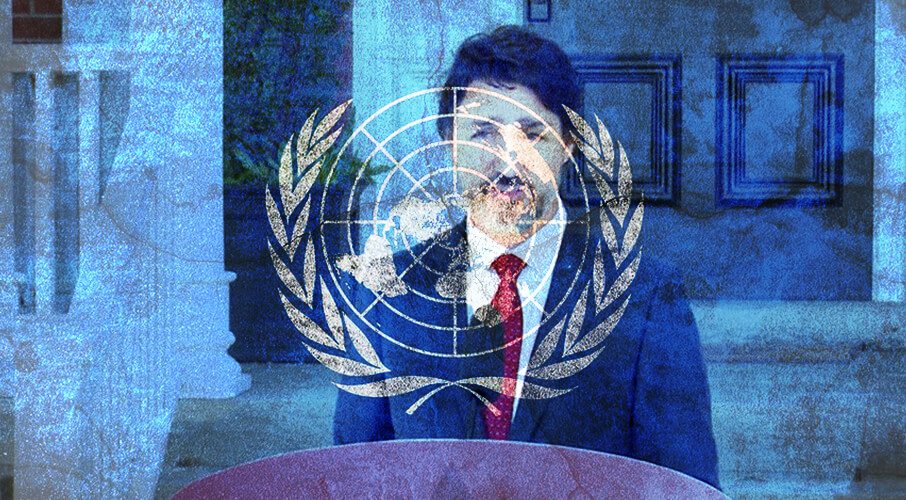 To secure a seat on the UN Security Council, Trudeau made a Faustian bargain, with disastrous results. But we should put the failure behind us and pursue international goals that matter to Canada and the world, writes Kaveh Shahrooz.

First, the bad news: notwithstanding Prime Minister Justin Trudeau’s sloganeering on international affairs, Canada isn’t back. With a humiliating loss in the UN Security Council election, we seem to be exactly where we were in 2010. Getting Canada back onto the Security Council had been a cornerstone of Trudeau’s foreign policy, if for no other reason than to succeed where Stephen Harper failed. And now, having won fewer votes than his predecessor, Trudeau has nothing to show for it.

But here is the good news: out of humiliation can come the liberation to pursue what really matters.

While Trudeau did not spend as readily as our opponents Norway and Ireland (the latter even splurging on U2 tickets for 150 foreign diplomats), he sacrificed a lot in this quixotic quest. To win the votes of unsavoury regimes and their allies, Canada kept silent on China’s mass human rights abuses, said nothing about Bashar Assad’s butchery in Syria, refused to talk about gay rights in Senegal, and voted against an amendment calling on Cuba to release political prisoners. The list goes on.

In short, we chased a prize of questionable value, betrayed our values in the process, and still failed.

The opposition will surely have fun with this for a few days, much the same way the opposition Liberals did in 2010. Back then, Liberal leader Michael Ignatieff called the loss “part of the general pattern of disappointing results for Canada on the international stage.”

But once the partisan sniping is finished, it will be time for Canada to think about what comes next.

Here is one idea: since we no longer have to worry about being liked by everyone, let us return to our core values and what we do well. Canada has long been a voice for democracy and human rights protections internationally. Let us reclaim that voice.

We can begin by taking the battle to some of the worst global actors. China, surely, is at the top of that list. There’s strong evidence it runs horrifying concentration camps for its Uyghur minority. It has taken away what little independence Hong Kong had left. Its malfeasance led to a far greater pandemic than the world would have otherwise experienced. And it continues to unjustly imprison two Canadians. Unburdened by the need to win a UNSC seat, we should abandon what a former Canadian ambassador to China calls Canada’s “almost humiliating” posture towards Beijing.

The same should be done with Iran and Russia, two of the most malevolent regimes on the international scene. Compelled by the UNSC race, we have been eerily silent when those regimes take political prisoners or when they slaughter their citizens in the streets. Worse than silence, our prime minister has even periodically hobnobbed with officials of a regime responsible for killing dozens of our citizens in the skies.

Now unshackled, we can proceed to take a harder line on these dangerous regimes. Whether it is imposing Magnitsky sanctions on their officials, closing the door to their state-controlled companies with respect to sensitive technology, or leading multilateral actions to isolate them internationally, Canada can once again find its voice against some of the world’s worst human rights abusers. Our voice, combined with those of other democratic states, should be loud enough to be heard in the many dark jail cells in those dictatorships.

In addition, even without a Security Council seat, we can focus on fixing some other truly broken UN institutions like the UN Human Rights Council. The world’s leading human rights forum is currently a rogues’ gallery, with members like Venezuela, Mauritania, and Libya. Many great proposals for its reform have been discussed, but the political will has always been lacking. Canada can now begin this process in earnest, pushing for changes that keep the worst regimes out of the Human Rights Council and make the organization more able to respond apolitically to serious global crises.

To secure a seat on the UN Security Council, Trudeau made a Faustian bargain, with disastrous results. But we should put the failure behind us and pursue international goals that matter to Canada and the world. That way, the next time we seek a Security Council seat, we can be proud of what we stood for, win or lose.