Trudeau’s betrayal of the Afghan people: Shuvaloy Majumdar in the Toronto Sun 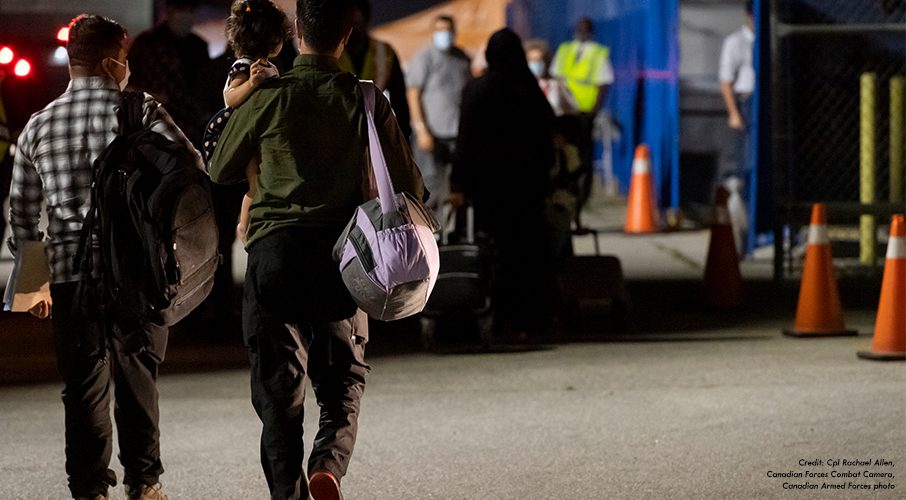 The government knew this day would come, but rather than listening to the advice of Canadians and the criticism of the opposition that they had received for months, Shuvaloy Majumdar writes that Ottawa clearly lacked a plan, amounting to nothing short of a betrayal of the Afghan people.

We saw this crisis hurtling toward us.

As bodies fell from the sky, as truncheons lashed women on the streets, the sounds we heard were those of our own false prophesies crashing down upon us. Of a crushing betrayal we knew we had been party to, and where our leaders failed to correct course, or even care.

Our leaders pantomimed negotiations with terrorists they knew were never sincere. Financed sanctuaries for those terrorists through delusions about Pakistan they knowingly subscribed to. Imposed a cabal of corruption and warlords, presented as strong central government, upon a nation allergic to central authority. And now pretend those terrorists auditioning to seize power have magically moderated, cast aspersions on Afghan courage, all to save face in the midst of unmitigated chaos.

I wonder how strong our will really was. We waged, as HR McMaster has astutely described, 20 one-year wars, instead of a unified 20-year campaign. We allowed bureaucratic groupthink, and our elites with their overconfidence, to guide us, instead of ordinary Afghans and what they told us. We have been unwilling to define and confront an enemy, whose will has now exceeded our own.

In July, under cover of secrecy and darkness, U.S. President Biden committed the horrendous malpractice of naivety and slogans masquerading as policy, and abandoned the Afghan people earlier than his stated date of September 11, 2021. We should not have been surprised that the Afghan National Army (ANA) we fought alongside, whose nearly 70,000 dead rest with 158 Canadian sisters and brothers, had no more fight.

And why would they? They saw a government in Kabul incapable of paying them, providing supplies, or relegating its warlords and corrupt technocrats. They toiled against terrorist taxation schemes imposed across Afghanistan’s massive informal economy, siphoning millions off the backs of the already destitute. They knew that the Taliban and Pakistan’s ISI are indistinguishable from each other, providing limitless cash buyouts, weapons, training, operational logistics and communications advice. They knew that the Taliban would rapidly secure the endorsement of Pakistan’s suzerain, the People’s Republic of China, now that America and the West, had left.

It’s rich that the American president would blame Afghans for surrendering when it was he who surrendered first and retreated irresponsibly. Afghans were abandoned on the battlefield by the most powerful military the world has ever known; with all they had endured, this betrayal was the final death knell for their morale.

For Canada, what’s most devastating is that, knowing this day would come, watching it unfurl, having received the advice of Canadians and the criticism of the opposition for months, Prime Minister Trudeau clearly had no plan.

When I served in government, we would receive reports well in advance of these crises. Our political leaders would have been advised that as America abandoned Afghanistan, a vacuum would emerge and the Pakistan-backed Taliban would seize it. They would have known that a coherent plan would be needed.

But instead, government departments diverged in disarray without clear direction of the elected government. Cabinet did not convene or dispatch staff to bring daily focus to a relief effort. Ministers called neither their counterparts nor their allies. Instead of providing leadership, cabinet is on autopilot, prioritizing politics instead of a plan to secure our own people, those who helped us, or the most vulnerable.

This is despite Trudeau’s inheritance of the Harper government’s singular focus on the wellbeing of Afghanistan’s women and children. Trudeau inherited a feminist foreign policy in Afghanistan, but rather than build upon it, he now lets it die outside the gates of Hamid Karzai International Airport.

To change course, the Government of Canada has three things to do, right now.

First, it must recognize the First Vice President of Afghanistan, Amrullah Saleh, as acting President and legal caretaker of a constitution Afghans have overwhelmingly endorsed through six elections, rather than the Taliban’s so-called Islamic Emirate that has never held broad public support.

Second, humanitarian and refugee corridors need to be organized and established with Afghans whose resilience against the Pakistani-backed Taliban rule has long been proven. Aid should be airlifted to those resisting Taliban rule, forces deployed alongside French and British counterparts to ensure safe passage of refugees to the airport, and partnerships deepened with nations like India whose experience with regional terrorism offers dependable counsel.

And third, knowing things will get worse and our rivals will be emboldened the longer we wait, we must impose sanctions against those in Pakistan’s deep state responsible for empowering a terror army to conquer a nation, until they bring about an end to the forever war they’ve imposed on Afghans and end the humiliation they bring to Pakistanis who yearn to be free of military rule.

These are the moments that test a government, and its credibility. Ask our people in Afghanistan – the women we’ve supported, the Gurkhas that protected us, the translators that bridged our peoples — whether they believe Justin Trudeau had their backs. Then ask yourself, as this crisis turns and new ones emerge, if you do.