When allies were friends: Trump must learn from the Berlin Airlift victory: Richard Shimooka in the Globe and Mail 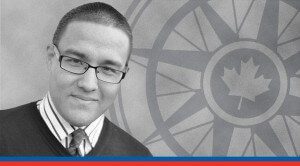 It is difficult to imagine a greater contrast in U.S. foreign policy between the Berlin Airlift and the spectacle witnessed over the past month at the Charlevoix Group of Seven and Singapore summits, writes Richard Shimooka.

June 24 marked the 70th anniversary of the start of the Berlin Airlift, one of the Cold War’s opening crises. In 1948, after several months of escalating tension, the Soviet Union initiated a blockade that severed all surface traffic into the divided city of over two million people, in the hope of bringing it to heel.

The blockade came at arguably the West’s lowest point in the Cold War. Soviet leader Joseph Stalin had consolidated control over Eastern Europe, culminating in the successful overthrow of the Czechoslovak government a few months earlier. Berlin appeared likely to be the next domino to fall, and many Western states feared for their own position.

Through skillful diplomacy, however, the United States rallied its allies and mobilized a fleet of transport planes to keep the city’s population fed and heated. A corps of talented policymakers deftly applied a combination of diplomatic, military, humanitarian and even cultural instruments, to respond to the threat. After nearly a year, the Soviet Union ended the blockade and was handed a major political humiliation, blunting their efforts to exert control across Europe. Berlin planted the seeds for the West’s eventual victory over the Soviets forty years later.

Beyond its immediate humanitarian dimension, the Berlin Airlift was essential in demonstrating U.S. resolve to defend Europe from Soviet aggression. Behind the scenes, U.S. officials travelled across Western Europe shoring up political support, ultimately securing the groundwork for the North Atlantic Treaty Organization (NATO). Despite its position of dominance in the world economy, the Truman administration enmeshed itself in a network of multilateral organizations in order to achieve its long-term aims. The Americans understood that clear decisive leadership, and an understanding of its allies needs, were necessary for success.

It is difficult to imagine a greater contrast in U.S. foreign policy between the Berlin Airlift and the spectacle witnessed over the past month at the Charlevoix Group of Seven and Singapore summits. Cumulatively, the events call into question the Trump administration’s commitment to uphold the current international order that has sustained U.S. security and prosperity since the end of the Second World War.

This is no better illustrated than by the President’s announcement in Singapore that he would suspend joint military exercises with South Korea immediately to placate North Korean leader Kim Jong-un; a decision apparently taken without consulting any regional ally. A July 16 meeting between Mr. Trump and Russian President Vladimir Putin has raised similar concerns. What if Mr. Trump unilaterally agrees to end U.S. participation in key NATO assurance measures against Russia, such as the enhanced forward presence in Poland?

The current administration’s policies are also a revealing study of management. Success in Berlin can be partly attributed to being a carefully planned team effort, guided by talented personnel who were given latitude to do their job. This is clearly not the model of the Trump administration, which is highly centralized and subject to the mercurial whims of the president.

The North American free-trade agreement talks are one example of this – U.S. representatives have limited leeway to conduct negotiations, and also fear the President may reject any agreement on principle upon its landing on his desk.

The administration also started off with a serious handicap: many experienced professionals that had served in previous administrations have refused to join this government. Others have been blackballed owing to criticisms made by the government or prior policy positions. With a few exceptions, the current White House is staffed by a collection of ideologues with limited ability (or indeed interest) to actually govern.

As a result, the Trump administration is highly reliant on blunt policy instruments that it can undertake with a minimum of coordination with other branches of government or foreign actors. A good example is the use of the U.S. Trade Expansion Act Section 232 national-security exemption for imposing steel and aluminum tariffs – essentially a legal loophole that circumvents congressional authority.

There are limits to what can be achieved through this approach, and much of what can be done can be easily rolled-back by the next administration. Unfortunately, the reputational damage will take much longer to repair, if ever. Unlike the case of the Berlin Airlift, it is likely that people will look back at this period not as a great triumph, but as a massive missed opportunity, one that greatly diminished the U.S.’ standing in the world.