Trump or no Trump, China is still a problem: Jack Mintz in the Financial Post 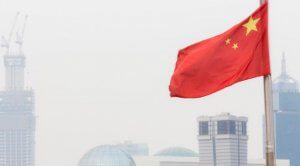 China’s industrial and trade policy comes at a large cost to the world economy, writes Jack Mintz in the Financial Post. Below is an excerpt from the article, which can be read in full here.

While Canadians fixate on the all-important U.S. election, other news takes less priority. One example is the escalating trade dispute between Australia and China. Tonnes of Australian lobsters have been sitting in Chinese airports this past week as China seethes over Australia’s coronavirus inquiry.

Chinese custom authorities are also threatening to ban Australian wine, copper, barley, coal, sugar and timber, according to latest reports. The Australians are warning that Chinese discrimination against Australian products would violate World Trade Organization rules, which could lead to countervailing measures.

Hardball Chinese tactics in trade disputes are well known. Canada suffered a canola boycott starting last year after Huawei CFO Meng Wanzhou was arrested in Vancouver. The harm was partly mitigated by indirect sales to China, exports to other countries and Canadian farmers switching to new crops. Disappointingly, Canada shied away from retaliatory action, even failing to disqualify Huawei from supplying 5G technology for security reasons.

These politically driven trade disputes are not the only examples of distorted economics. China has used direct and indirect subsidies for industrial policy and has stolen technology and imposed compulsory transfers and other limits on foreigners accessing Chinese markets. These unfair trading practices and subsidies have become a focus for both Republicans and Democrats in the U.S., as well as for EU member countries. The subsidies include low financing costs from state banks, favourable real estate prices for industrial projects, artificially low energy prices for strategic industries and low-cost access to certain raw materials for domestic producers.