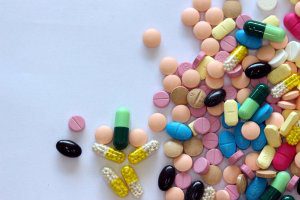 It’s time for Canada to grow up and to purge the defeatist parasitism that sometimes characterizes our policy-making, write Richard Owens and Stephen Ezell in the Financial Post.

President Donald Trump recently called out 24 countries, Canada among them, for not paying fairly for patented medicines. Our artificially low patented drug prices, he argues, leave U.S. citizens to bear too much of the costs of development and approvals of new medicines. In his eyes, we’re freeloaders. “When foreign governments extort unreasonably low prices from U.S. drugmakers, Americans have to pay more to subsidize the enormous cost of research and development,” he said last month.

He’s right. This is part of Trump’s larger vision for trade: that the U.S. will cease subsidizing foreign markets. Canada has to grow up in our approach to trade and regulation.

Canada’s prices for patented drugs are artificially low because they are regulated by the Patented Medicine Prices Review Board (PMPRB). Our prices are 25-per-cent below median foreign-patented drug prices, and far lower than American prices. On top of this discount, the federal government is proposing complex changes to PMPRB drug-pricing regulations that would reduce patented prices by a further 20 per cent and diminish drug-company revenues in Canada by approximately 25 per cent. If this strikes you as egregious expropriation, you’re right.

Yet, as a recent Information Technology and Innovation Foundation report demonstrates, many countries use their central government’s power as a monopsony purchaser or regulator of drugs and devices to limit the prices foreign biopharmaceutical firms are able to charge for their exports, thereby artificially depressing earnings and inflating foreign trade deficits in the large U.S. life-sciences sector.

Life-sciences innovators depend upon the profits earned from one generation of biomedical innovation to finance investment in the next. That’s why academic research finds an almost one-to-one (0.97) correlation between bio-pharma enterprises’ sales and R&D expenditures, as well as a statistically significant relationship between a bio-pharma enterprise’s profits from the previous year and its R&D expenditures in the following year.

If all countries paid their fair shares for novel medicines, we’d all have more of them.

If all countries paid their fair shares for novel medicines, we’d all have more of them. New research from Precision Health Economics finds that if government price controls in non-U.S. OECD countries were lifted, the number of new treatments available would increase by nine to 12 per cent by 2030 (equivalent to eight to 13 new drugs in that year), potentially increasing the life expectancy of someone who is today 15 years old by 0.8 to 1.6 years on average. Other research finds that such greater levels of bio-pharma innovation could provide increased welfare gains of at least US$10 trillion for North Americans and US$7.5 trillion for Europeans over the next 50 years, reflecting improved length and quality of life and reduced health care costs.

From an innovation-policy perspective, Canada’s patented-drug pricing policies are a disaster. Canada wants to have both drug company investment and lower prices here. We want innovation without taking the necessary steps to get it.

To demand that anyone subsidize our needs, as we demand of drug companies and American consumers, is a Third World policy unbefitting our First World country. Simply put, it’s time for Canada to grow up and to purge the defeatist parasitism that sometimes characterizes our policy-making. Free-riding on drug prices is an example of how Canada refuses to step up to what is required for a globally leading innovation culture.

We do not suggest that Canada abandon impoverished patients who cannot afford sophisticated medicines. Rather, that the burden of supporting them should fall on Canadians, not on drug companies — and not on American patients. Moreover, by paying market prices, drugs will become available in Canada more often and sooner. More lives will be saved. Ironically, the logic of public health does not argue for depressing drug prices, but for paying the market price.

Canada should seek to cultivate an environment that ensures both that Canadian life-sciences innovators can flourish and that Canadian citizens enjoy world-class access to tomorrow’s life-saving treatments.

Richard C. Owens is Munk Senior Fellow at the Macdonald-Laurier Institute and adjunct professor at the University of Toronto’s faculty of law. Stephen Ezell is vice president of the Information Technology and Innovation Foundation in Washington, D.C.