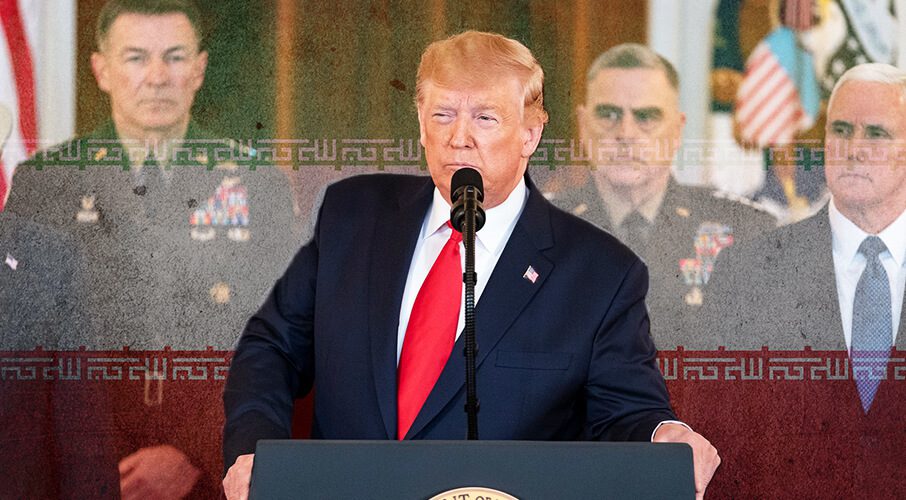 While Trump may get many things wrong, he seems to have intuitively grasped certain key truths about dealing with Iran that other presidents missed, writes Kaveh Shahrooz.

As someone who believes Donald Trump poses a fundamental threat to liberal democracy in the United States and globally, it pains me to say anything positive about him. But I must concede that Trump’s Iran policy is far more likely to succeed than that of any of previous American administration.

While discussing Trump’s successes, we should not mince words on his significant mistakes.

First, his travel ban is both immoral and counterproductive. While many Iranian officials and their families travel freely to America on previously obtained passports, ordinary people are unable to visit family or go to U.S. schools.

Second, some of Trump’s financial sanctions on Iran are so broad that they impede the import of medicines (themselves exempt from sanctions). The Iranian regime’s corruption and mismanagement cause the medicine shortage, but sanctions exacerbate the problem.

Yet while Trump may have gotten those things wrong, he seems to have intuitively grasped certain key truths about dealing with Iran that other presidents missed.

The first is that the West has used an entirely incorrect analytical framework for two decades in interpreting Iran. While Barack Obama’s team tried to distinguish between “moderates” and “hardliners” in Iran’s regime, Trump has recognized that these distinctions are insignificant.

There has been as much corruption, internal repression and external mayhem under “moderate” President Rouhani as there was under “hardline” Ahmadinejad. Notwithstanding their differences, these factions remain loyal to Iran’s theocratic structure. Trying to choose between them allows Iran’s regime to play for time. Instead, Trump has so far rightly targeted Iran’s entire regime.

Trump’s second insight is that, for all its bluffs and blusters, Iran’s regime ultimately responds to sticks not carrots.

Trump demonstrated this in April 2019 when he designated Iran’s notorious Revolutionary Guards as a terrorist organization. Pundits predicted violence, but none occurred. And none has come in the wake of the U.S. killing of Qassem Soleimani, the monstrous Qods Force commander.

Iran promised “hard revenge” and many analysts predicted unprecedented attacks. But it quickly became obvious that Iran would not retaliate strongly. It responded only symbolically (shooting a few ineffective rockets at a base housing American troops in Iraq) and with criminal incompetence (downing a Ukrainian plane full of civilians, including many Canadians). Iran may yet use some proxies to attack American interests, but Trump demonstrated that the Iranian regime is a paper tiger.

Again, contrast this approach with Obama’s: having rewarded Iran with a windfall, both in cash and sanctions relief, did Obama persuade Tehran to improve its behaviour? To the contrary, Iran funded and orchestrated even more gruesome violence in Syria and Iraq. Observing American weakness in Obama’s failure to enforce his “red line” in Syria, Iranian leaders knew they had nothing to fear.

Finally, for all his shortcomings, Trump supports Iran’s citizens fighting their repressive government. In 2009, millions took to Iran’s streets in protest and chanted “Obama, you’re either with [the regime] or with us.” Obama remained silent, effectively signalling that he was with the regime.

Trump, on the other hand, has been outspoken on protests in 2017, in 2019, and most recently in a series of well-received Persian-language tweets as Iranians protest the murderous downing of the civilian airliner. As noted, Trump’s efforts here are undercut by policies like the travel ban. And yet, to the extent rhetoric and framing matters in politics, Trump has adopted the correct ones.

Trump is unpredictable and this may all come to naught. He supports strongmen all over the world and, just as he seemed to do with North Korea, might change course on Iran rapidly.

But for the time being Trump’s Iran policy has been consistent, coherent and robust. It would be unfair if we allow our disagreements with him on other matters to cloud our judgment on this one. Because, as the old saying goes, even a broken clock is right twice a day.

Kaveh Shahrooz is a lawyer and human rights activist. He is a former senior policy adviser on human rights to Global Affairs Canada and a senior fellow at the Macdonald-Laurier Institute’s Centre for Advancing Canada’s Interests Abroad.