Turkey's future in NATO is an open question: J. Berkshire Miller and Darren Gill in the Globe & Mail 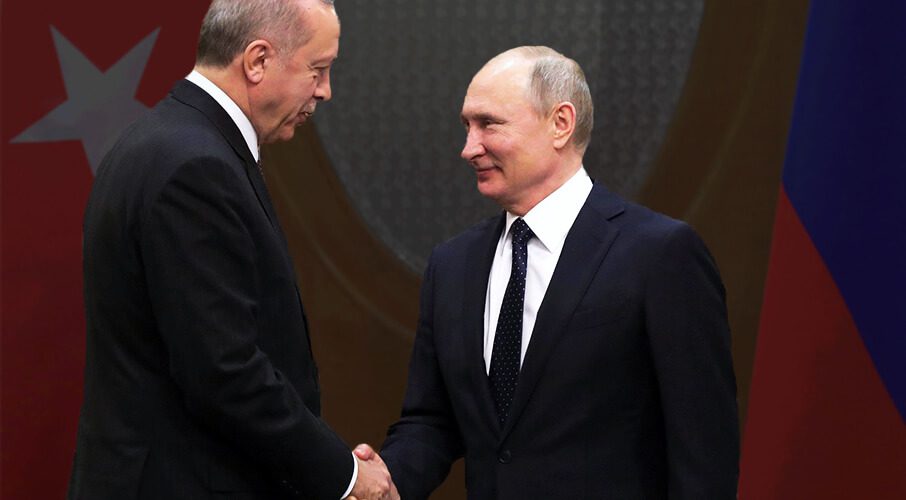 Ankara should not be pushed out of the alliance. But NATO partners need to lobby Turkey actively, and now, to reverse its decision on the Russian system – before the damage becomes irreparable, write J. Berkshire Miller and Darren Gill.

Turkey, long a critical strategic partner for the West, appears to be drifting to a position that is increasingly untenable and at odds with the United States and its allies.

Despite months of diplomatic wrangling between the United States and Turkey, Russian aircraft offloaded the first deliveries of its sophisticated S-400 missile defence system to Turkey this month. As a result, the White House announced that it would have no choice but to cancel Ankara’s participation in the F-35 next-generation fighter-jet program, as the Pentagon had made clear that it would be impossible to safely deploy its jets while being potentially exposed to access by the Russian missile defence system.

It’s not a decision the United States took lightly. Turkey had already invested heavily in the F-35 program, having signed on to purchase 100 of the planes. And Turkish President Recep Tayyip Erdogan had made a bet that his good personal relationship with U.S. President Donald Trump would help Turkey win permission to maintain both the U.S. jets and the Russian defence system.

But to the White House, refusing to move away from Russia’s system was a breach of a crucial bond of trust – and especially of its commitment to the North Atlantic Treaty Organization (NATO), of which Turkey is a key coalition partner.

It’s a clear sign of strain in the crucial bilateral relationship between the United States and Turkey. But perhaps more worryingly, it has jeopardized Ankara’s future role in NATO – and, as a result, NATO itself.

The F-35 jet program is intended to be one of the flagship defence co-operation programs for NATO allies, with partners including Canada, Britain, Italy and Australia taking part. Turkey, a member of NATO since 1952, has become vital to these programs because of its professional military and its strategically and geopolitically crucial position. The United States has since broadened the program out to other key non-NATO allies, such as Japan, South Korea and Israel.

But the U.S. negotiations with Turkey to supply its compatible Patriot missile defence systems, along with the jets, hit stumbling blocks over Ankara’s demands over the price and the terms by which it would be allowed to develop its own missile defence technology. The Erdogan administration started to look around for other suppliers.

Enter Russia. Russian President Vladimir Putin has been keen to expand Russia’s sphere of influence, and potentially selling defence equipment to a U.S. ally was an attractive way of brewing tension in the Western alliance. It seems to have worked, given recent events.

The U.S.-Turkish relationship has already been fragile, at best, for the past few years. U.S. support for Kurdish groups in Syria and Iraq, its admonishment of increased Turkish authoritarianism and rejections of Ankara’s calls to extradite outlawed opposition leader Fethullah Gulen, who Turkey claims to be connected with terrorists, have made for testy conditions in the bilateral relationship. And now, Washington and Brussels’ next moves will have serious implications for Turkey’s role in the alliance.

It is tempting for the United States to look at ways to defuse the dispute and quietly permit the Russian S-400 deployment while trying to mitigate the risks and vulnerabilities it poses. But this would be a mistake. If this co-operation with a chief geostrategic rival such as Russia is treated with a mere slap on the wrist, it does not portend well for future scenarios where Moscow, or perhaps even Beijing, may try to dangle its defence equipment to other NATO allies. The precedent would be alarming and devastating to alliance cohesiveness.

The United States cannot budge on its stance, and it must also follow through on related sanctions against Ankara, which have received bipartisan support in Congress. At the same time, it will be important to manage the risk of completely alienating Ankara and pushing them toward both Russia and China.

This should be achieved through recognizing these tensions for what they are – not just a crisis between the United States and Turkey, but also a potentially existential problem with regard to Turkey’s role in NATO. Ankara should not be pushed out of the alliance. But NATO partners need to lobby Turkey actively, and now, to reverse its decision on the Russian system – before the damage becomes irreparable.

Darren Gill is a Summer Policy Analyst at the Macdonald-Laurier Institute and a law student at Dalhousie University’s Schulich School of Law.