The UN keeps snubbing Canada’s international policy. When will we hear its message?: Bruno Charbonneau and Christian Leuprecht in the Globe and Mail 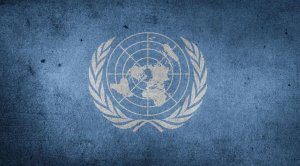 Yet another failed bid at a UN Security Council seat is a reminder that Canada needs to get back to basics: security, prosperity, a stable world order and the promotion of related values such human rights and human life, write Bruno Charbonneau and Christian Leuprecht.

Canada’s government might have found it ominous that the UN General Assembly scheduled the vote for the two rotating Western European and Others seats on the Security Council on the eve of Napoleon Bonaparte’s defeat at Waterloo.

And in a quick vote that lasted about as long as that battle, Ireland and Norway won. Canada lost, again. Worse than in 2010. It was a resounding repudiation of Canada’s international policy mantra: overpromise, underdeliver.

Canada has served on the council six times, once per decade during the first 60 years of the United Nations, most recently in 1999-2000. It has now lost two consecutive elections. After losing to Portugal and Germany after coming late to the contest in 2010, the trend continued with the Liberals’ 2020 bid. In 2010, however, the outcome was to be expected: Stephen Harper’s Conservative government had mounted a half-hearted campaign, refusing to court the world’s dictators for votes.

This time was supposed to be different. In 2015, a newly elected Liberal majority government famously announced to the world that “Canada is back.” The proposition was that Canada had gone astray, having lost its “compassionate and constructive voice in the world,” to quote Mr. Trudeau.

The proclamation came with big promises. Canada would redouble its commitment to the UN, expand its role in peacekeeping, promote a feminist development policy, address climate change, save multilateral institutions and more.

Instead, Canada spent chump change on projects such as the Vancouver Principles on preventing the recruitment and use of child soldiers and the Feminist International Assistance Policy. However worthy, these prioritized narrow electoral stakeholders over an interest-based approach with broad democratic legitimacy that characterized the foreign-policy successes of Borden, St. Laurent, Pearson and Mulroney.

The Liberal government then dithered for two years before reluctantly agreeing to a 12-month, relatively low-risk military engagement to provide helicopter lift support to MINUSMA, the UN mission to Mali. Aside from that mission, Canada contributes few troops to peacekeeping. According to the latest UN figures from April of this year, Ireland currently ranks 35th in the world with 446 troops (mostly in Lebanon), and Norway 73rd, with 53 troops. Canada trails at 77th, with 27 troops.

Canada is also far off the UN mark of 0.7 per cent of gross national income (GNI) devoted to Official Development Assistance. In 2019, according to the Organisation for Economic Co-operation and Development, Norway spent 1.025 per cent of its GNI on such development assistance and Ireland spent 0.313 per cent. Canada contributed just 0.272 per cent.

This Liberal government likes to distinguish itself from its Conservative predecessor by doubling down on the idea of multilateralism – that is, relishing in the liberal global order and U.S. hegemony that allows Canada to remain a small status-quo power. Yet U.S. hegemony is paradise lost; the superpower’s international leadership is in decline.

Canada, however, still clings to the path of least resistance, and Ottawa’s pandering has reduced Canadian sovereignty to a foreign-policy appendage of the U.S. Ottawa’s actions match words only when the U.S. is already there, asks Canada to go there or asks Canada to do it.

Conservative and Liberal governments alike portray Canada as a more benign version of the United States, smugly offering to remake the world in their own image. With a Prime Minister who believes that Canada has “no core, no mainstream,” Canada’s “value-based” foreign policy has little traction.

Canadian international policy has become increasingly disconnected from global transformations. Instead of calibrating its international policy to a world that is changing rapidly, Canada stays in its comfort zone: trying to change the world. But instead of getting down to business, it tinkers at the margins. In the 2010s, that was par for the course in terms of Western arrogance. By the 2020s, it comes across as pejoratively naive.

A “values-based” foreign policy may resonate with Canadians, but it erodes Canada’s standing in the world. Less bravado and more substance is needed on existential challenges such as COVID-19 and climate change. It should be seen as an indictment of Canada’s efforts that Norway’s and Ireland’s priorities are better aligned with global transformations.

Yet another failed bid at a UN Security Council seat is a reminder that Canada needs to get back to basics: security, prosperity, a stable world order and the promotion of related values such human rights and human life. The UNSC vote confirms that the government has international policy exactly the wrong way around.

Bruno Charbonneau is associate professor of international studies and director of the Centre for Security and Crisis Governance at Collège militaire royal St. Jean.

Christian Leuprecht is Class of 1965 Professor in Leadership at the Royal Military College, director of the Institute of Intergovernmental Relations at Queen’s University, and a senior fellow at the Macdonald-Laurier Institute.