Understanding and Analyzing the ISIS Leader Footage: Irfan Yar for Inside Policy 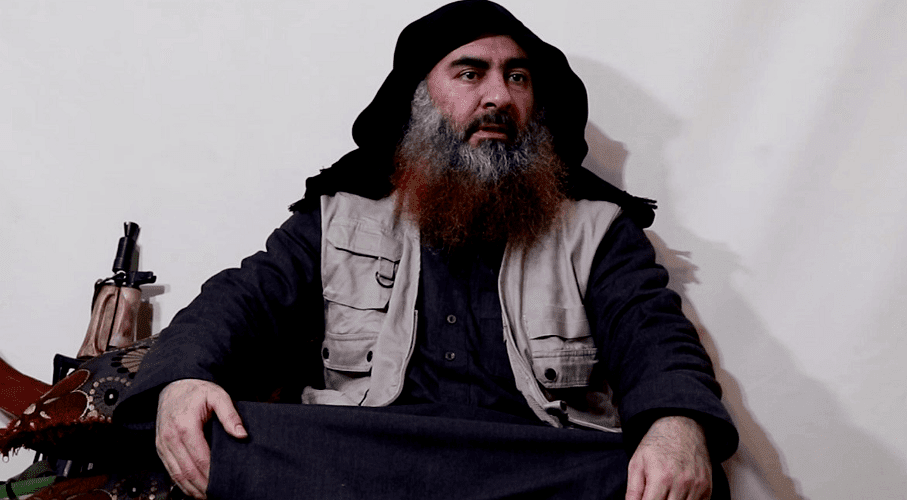 ISIS wants to send a message to its peer competitors, Al-Qaida and the Taliban, that the group is still active and will continue its mission, writes Irfan Yar.

The “Islamic State” leader apparently returned from the grave last Wednesday, putting an end to the multi-year rumors that the elusive supremo is dead.

Last seen in 2014, Abu Bakr Al-Baghdadi reappeared in a propaganda video with a long beard dyed with henna and an AK-47 propped up at his side. The footage was released by Al-Furqan, the group’s propaganda wing on 29 April.

In the 18 minutes footage, Al-Baghdadi admits to the Islamic State’s territorial defeat, referring to Baghouz, the last ISIS stronghold in eastern Syria that fell in March. But he adds that the group’s war against the “Crusaders” and its allies is far from over. He eulogized his lost fighters and promises that the Islamic State will seek “revenge” for all those militants who were killed or imprisoned during the fight in Syria and Iraq.

In a casual conversation with his fellow terrorists, Al-Baghdadi gloats about the recent bombings in Sri Lanka, which he says is part of the ravage that awaits the West.  He also talks about the recent situation in Sudan; these references indicate that the video was recently recorded.

His re-emergence is a message to the world, including his followers, that he is alive. More importantly, it implies that despite having lost its territory, the Islamic State will continue its terror activities in different parts of the world.

But ISIS also wants to send a message to its peer competitors, Al-Qaida and the Taliban, that the group is still active and will continue its mission.  Al-Baghdadi’s reappearance will also give his followers a reason to support the Caliphate, at least in its virtual form.

Releasing a picture of the most wanted man on the planet with a bounty of $25 million on his head carries high risks for the terrorist organization – and the group’s specialist cyber brigade surely knew it. The white background and blurred faces of the jihadists in the video show that the extremists tried to minimize the risk of being tracked by intelligence agencies.

The video offers no clear indication of where it was shot; it can be Syria, Iraq or Afghanistan. However, the decoration of the room in which the video was filmed does look like a typical home in Afghanistan.

Also, the video carries a grave concern for Turkey. Toward the end of the video the terrorists talk about “Turkey Province” of the caliphate; this terminology is new. It suggests the group’s new target is Turkey

The reappearance of the extremist leader means that the territorial collapse of the groups doesn’t amount to eradicating ISIS. The caliphate of Abubaker Al-Baghdadi may have died but its operations have not. The militant group is still capable of conducting serious terror activates all over the world.

With its physical defeat in the Middle East, the extremist fighters are transferring their terror machinery to other countries with fragile governments. Seeing Afghanistan as a conducive breeding ground, an overwhelming number of ISIS’s fighters have fled to that country. It’s therefore important for the global community not to ignore developments in Afghanistan, especially since the group has already established a stronghold in that country.

ISIS will remain a major threat to global security. Tracking the foreign jihadists, adopting measures to prevent radicalization, and increased intelligence sharing are all needed to help contain this menace.