Understanding UNDRIP as a call-to-action, not a plan: Ken Coates for Inside Policy 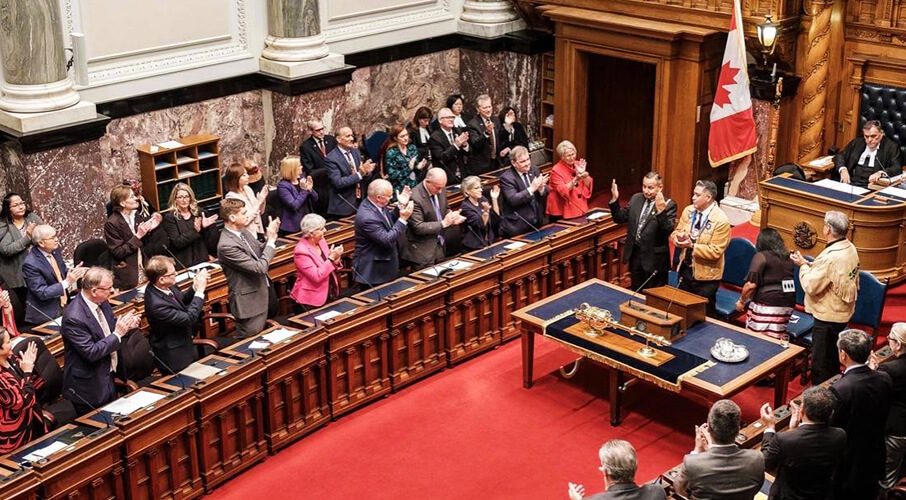 The United Nations Declaration on the Rights of Indigenous Peoples (UNDRIP) has been a prominent issue in Canadian politics since it was adopted by the UN in 2007.  Canada voted against the measure at the time, not changing its position until 2010.  More than a decade of government reticence has changed to political urgency.

British Columbia adopted UNDRIP as provincial law in October 2019 and is working on implementation.  The re-elected Liberal Government of Canada is likely to re-introduce legislation pertaining to UNDRIP’s implementation that stalled when the federal election was called. UNDRIP is once again a feature of Canadian and First Nations politics and law.

There are significant issues involved on introducing UNDRIP into Canadian law.  It is a sweeping document, drafted by Indigenous peoples from around the world and covering widely different national circumstances.  Its value – and this is a great achievement – lies primarily in articulating the shared historical experiences and contemporary realities of Indigenous peoples.  Further, in a long series of clauses, UNDRIP itemizes the complex web of cultural, linguistic, social, economic and political measures needed to give Indigenous communities opportunities for prosperity and re-empowerment.

For countries that have ignored Indigenous demands for justice and fair treatment, UNDRIP highlights the mistreatment of Indigenous peoples and identifies areas for urgent government action.  For those countries, Canada among them, that have taken significant steps toward addressing Indigenous needs and rights, UNDRIP provides a checklist of remaining action items.

Viewed as a list of aspirations for Indigenous peoples and government, UNDRIP is far from frightening.  Much of what is outlined in UNDRIP is either obvious or tied directly to the survival of Indigenous culture and traditions in an age of rapid globalization.  Surely Canadians can see fit to share in these aspirations and agree to take steps to address them.

To the degree that the Government of Canada has acted in good faith, negotiated fairly with Indigenous governments, and sought real and sustainable opportunities for Indigenous peoples, there is little to worry about from UNDRIP.  Where government policy and action are deficient – and even federal politicians and civil servants agree that major efforts are still needed – then UNDRIP describes what Indigenous peoples around the world have agreed has to be done.  In these instances, UNDRIP provides guidance to Indigenous groups willing to use the court system to seek justice when governments refuse to act.

One section, the requirement for “free, prior and informed” consent before development on Indigenous territories, has attracted a great deal of public debate.  Many people worry that FPIC approaches a veto.  Many key Indigenous leaders have said that this is not their interpretation, although others argue precisely that.  Yet the country has comparable Indigenous rights in place, introduced through the 2004 Supreme Court decision that outlined the “duty to consult and accommodate” Indigenous interests.  These requirements provided the foundation for hundreds of impact and benefit agreements and other corporate-community collaborations, creating the kind of cooperative approach to development sought in UNDRIP.

Even further, Canada has signed a series of modern treaties in Yukon, Northwest Territories, Nunavut and parts of the provinces, that define profoundly different relationships with the Indigenous peoples.  In these co-created agreements, Indigenous peoples outlined and defended their needs and aspirations and established with governments the means and structures of cooperation, which offer Indigenous peoples more promising prospects.   These discussions emphasize treaty negotiations and implementation, rather than the uncertain legal authority of UNDRIP.

If Canadians wish to worry about anything, it should be the wide array of rights and aspirations – particularly those related to language, culture and government responsibilities – where government actions have been seriously deficient.  In many of these cases, the Government of Canada has taken some steps, but most fall far short of UNDRIP standards. In that respect, UNDRIP is a reminder of how much work remains to be done.

For Canadians weary of decades of legal battles between Indigenous peoples and the Government of Canada, UNDRIP generates concerns about the prospect of continued and even expanded litigation.  These expensive and time-consuming contests are won more often by Indigenous peoples than most people appreciate. They also postpone decisions, can generate hostility toward Indigenous peoples, and typically provide less than ideal resolutions.  This is a genuine worry, if only because the winner-take-all approach of the courts can produce judgments that complicate rather than address outstanding issues.

But UNDRIP does not come with an owner’s manual or a detailed implementation plan.  Each section of UNDRIP outlines either values or areas for government action.  Defining the full legal meaning of this vague and expansive international agreement requires either thoughtful committed negotiations or decades of legal battles.

UNDRIP is, in the final analysis, a much-needed call to action.  It provides direction and identifies areas for urgent attention on Indigenous issues.  Relations between the Government of Canada and Indigenous peoples work best when good faith negotiations are used to resolve outstanding issues.