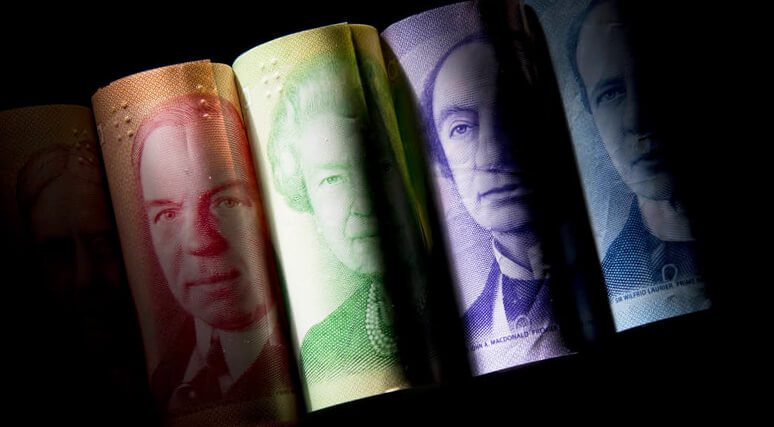 Despite unprecedented stimulus, Canada’s annual real GDP growth over the past four years has remained stuck in the range of 1.0 to 2.0 per cent, where it has been mired for most of the past decade, writes Philip Cross.

Despite a return to deficit spending intended to boost the economy, Canada’s annual real GDP growth over the past four years has remained stuck in the range of 1.0 to 2.0 per cent, where it has been mired for most of the past decade. In a recent paper for the Macdonald-Laurier Institute, I summarized how the persistence of mediocre growth for over a decade is a sobering reminder of the failure of extraordinary monetary and fiscal stimulus to lift long-term growth rates.

The nearby chart compares real GDP during the Great Depression of the 1930s with the Great Recession and its aftermath over the past 10 years. It vividly shows that 11 years after the peak of economic activity (1929 for the Great Depression and 2008 for the Great Recession), real GDP has arrived at exactly the same point, with a net gain of 20 per cent over the 11 years of recession and recovery in both cycles. As former U.S. Treasury Secretary Larry Summers concluded, the failure of extraordinary monetary and fiscal stimulus to produce a better outcome over the past decade “should be a (if not the) principal pre-occupation of contemporary macroeconomics.”

Arguments can be made for and against the usefulness of the extraordinary policies adopted after the recession began in 2008. On the one hand, unprecedented monetary and fiscal stimulus averted a repeat of the 25 per cent loss of GDP during the worst of the Great Depression between 1929 and 1933, when fiscal stimulus was non-existent and monetary policy arguably aggravated the downturn (notably in the U.S., where thousands of banks failed). On the other hand, the recovery in the 1930s proceeded much faster than in the aftermath of the 2008-2009 downturn despite substantially less monetary and fiscal stimulus.

The very success in averting a sharp, sudden downturn after 2008 itself contributed to the lethargy of the recovery. For example, much of the stimulus from low interest rates reflected shifting purchases of such big-ticket items as houses and autos from the future into the present. This stimulated aggregate demand in the short term but at the expense of fewer purchases in the longer term. More broadly, shifting spending to such sectors as housing and government inevitably lowered long-term productivity growth, as business investment lagged. This reduction in productivity growth limited overall growth as the recovery proceeded.

The implications of the different evolution of growth during and after the Great Depression compared with the Great Recession are nuanced by the fact that GDP is a measure of the flow of income generated by the economy in each year, not the cumulative stock of wealth in a society. The shallower downturn following 2008 probably meant that wealth fell less in the more recent episode than in the early 1930s. On the other hand, with the slower recovery more recently, wealth accumulation has also likely lagged.

If the stock of wealth had ended up at the same place after 11 years in both cycles, it would be clear that there was no net difference between the two episodes. What matters then is whether society prefers a steep loss of income followed by a quick recovery or a milder loss of income followed by years of slow growth. This is not a value judgment that should be left to either statisticians or economists to make.

Severe contractions such as occurred starting in 1929 or 1981 can create widespread unemployment and social problems from losing hope of finding a job. On the other hand, protracted periods of slow growth also leave an unwanted legacy, including hampering the reallocation of resources that a sharp decline during the “bust” phase of the cycle encourages and which lays the basis for higher productivity growth over the longer term. As University of Strathclyde economist David Simpson has put it, “The recession phase of the cycle is a remedial one, in the sense that those investments made during the boom that are subsequently revealed to have been unwarranted are liquidated. In market parlance, just as a rising tide lifts all boats, so the falling tide reveals who has been swimming naked. In other words, the recession helps to identify and eliminate unsuccessful projects and businesses.”

Society can rationally choose to influence the amplitude of the business cycle it prefers, such as favouring a milder recession provided it is informed that this entails a more gradual recovery than the “V-shaped” cycles of severe recessions followed by rapid recoveries seen in the 1930s or the early 1980s. However, policymakers never presented these alternatives during the recent recession and recovery.

Quite the contrary, policymakers did not foresee the crisis coming at all and then failed to foresee how difficult and slow the recovery would be. Instead, they promised that the extraordinary stimulus applied during the worst of the downturn in 2008-2009 would both cushion the downturn and fuel a robust recovery — a checkmark-shaped recovery in which output soon surpassed its previous peak rather than the V-shaped cycle seen in the 1930s when output barely returned to its earlier peak.

As Summers summarized, “The Keynesian aspiration was not to merely reduce the amplitude of cyclical fluctuations, but also to increase overall growth.” Policymakers did not warn the public that the price of short-term stimulus was lower growth over the longer-term with no net gain in GDP compared with the 1930s.