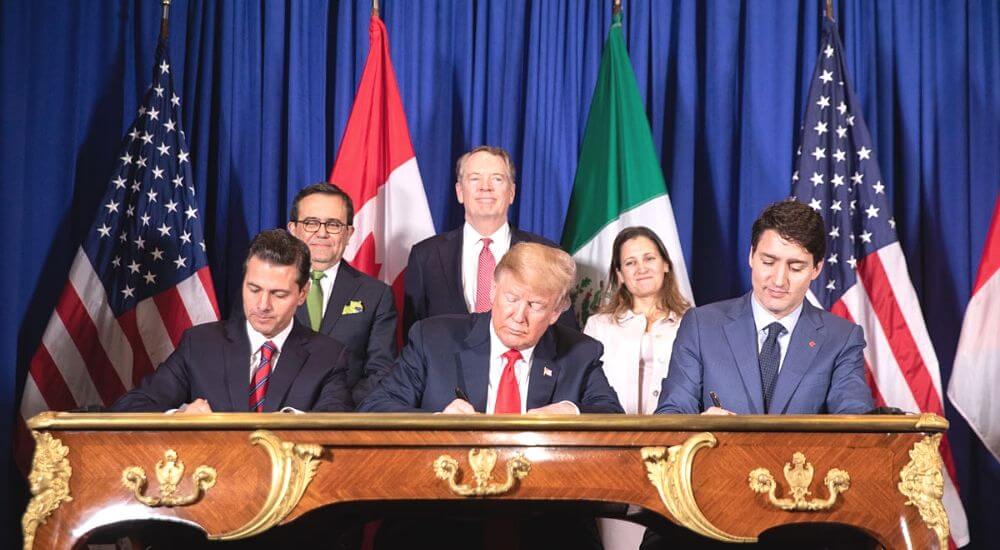 The USMCA will unleash innovation and make Canada and Mexico more attractive locations to conduct life-sciences R&D, write Richard Owens, Stephen Ezell, and Alberto Saracho in the Financial Post. This article also appeared in the Hill.

Canada is right to proceed now with ratification of the new NAFTA agreement — now known as the U.S.-Mexico-Canada Agreement (USMCA). The previous NAFTA has done much to reinforce trade among these natural trading partners, and we cannot abandon the great advances of the USMCA.

One of the hurdles to full ratification, however, is the objection among certain groups to some of the life-sciences, copyright and other intellectual property (IP) provisions found in USMCA’s Chapter 20. Chapter 20 is beneficial for all parties to the agreement. Canada and Mexico will greatly benefit from Chapter 20 both in internal productivity gains and gains in trade. Mexico will be able to attract more knowledge-intensive industries and activities, creating the higher-paying jobs that the country needs.

One of the most salient provisions of Chapter 20 is the required extension of data protection for biologics to 10 years. Currently, the United States exceeds this minimum requirement, at 12 years, but Canada is at only eight years and Mexico has no biologic-specific data protection. Canada and Mexico will benefit from this increase because it will make these nations more attractive locations in which to conduct life-sciences research and development and clinical trials.

A “biologic” is a large molecule drug made not from simple chemical compounding as more common drugs are, but from complex biological processes. Such drugs are new and usually expensive. Biologic drugs matter because they already account for more than 30 per cent of the global drug development pipeline, with that share growing each year.

Data protection is additional protection for a patented drug, over and above the patent protection. It works by delaying the ability of a knockoff drug to use the innovator’s clinical trial and related data to qualify for sale.

In spite of the U.S.’s current compliance with the data-protection provisions, there are protests about it. In particular, a letter was sent to the U.S. Congress from unions, medical and faith-based groups and civil-society organizations opposing additional market exclusivity for biologics. The letter argued that the USMCA would “entrench and expand prescription drug monopoly protections, thwart competition and thus undermine efforts to expand access to affordable medicines.”

While the letter expresses concerns for Canada and Mexico and other future partners in trade negotiations, it is particularly concerned that legislative initiatives that have been aimed at reducing the 12-year protections in the U.S. to as low as seven will be stymied. (Reducing data-exclusivity protections for biologics was proposed in the 2016 Price Relief, Innovation, and Competition for Essential Drugs Act). Indeed, they would be stymied. And that’s a good thing, for America’s robust IP protections for biologic drugs are a key reason the United States clearly leads the world in innovating in this vital field.

The advocacy letter is deeply misguided. Monopoly protections are the reason we have access to life-saving drugs at all. Competition between biologics and “biosimilars” is indeed useful, but competition between proprietary biologics is robust, and such competition, which is occasioned by IP protection, is far more beneficial than competition with a knockoff drug (because competition among innovators is less about price but more about bringing new-to-the-world innovations, and more effective and patient-friendly delivery mechanisms, to the fore). While 10 years of data protection may seem long, research indicates that drugs commonly take more than 12 years to recoup the investment in research that makes them possible.

Moreover, the market for biosimilars will not be the same as for generic versions of simpler, old-style drugs. It costs far more to develop and seek approval for a biosimilar and cost reductions will be in the order of 30 per cent (one study estimates eight to 43 per cent for popular biologics), not the steep discounts we see with generic pharmaceutical drugs.

The other major change for Canada is increasing the term of copyright protection to the life of the author plus another 70 years, up from life plus 50 years. There are many reasons this is good for Canada — including, in particular, access to similar protections from nations that offer them only reciprocally. Canada’s Heritage committee’s report on copyright recently recommended this change, irrespective of the USMCA requirement. Mexico already has life plus 100 years.

According to the Global Intellectual Property Center, which authored a study on the USMCA, simply to implement its provisions will bring Canada and Mexico up to 80 per cent of the standard for IP protection set by the U.S. Imagine what that can do for innovation in trade in each of our countries, for our economies, for the wellbeing of our people — all of our people.

All parties should ratify now.

Richard C. Owens is a Munk senior fellow with the Macdonald-Laurier Institute and adjunct professor at the University of Toronto Faculty of Law; Stephen Ezell is vice-president, global innovation policy, The Information Technology and Innovation Foundation in Washington, D.C.; and Alberto Saracho is president of Fundacion Idea, a public policy think tank in Mexico City.