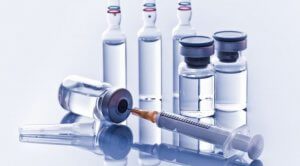 The prime minister has committing to ensuring developing nations get access to the long awaited vaccine, but what is his plan for his own citizens? write Nigel Rawson, Olaf Koester, and John Adams in the Financial Post. Below is an excerpt from the article, which can be read in full here.

Why is it increasingly likely that most Canadians, especially vulnerable seniors and front-line health-care workers, will be waiting many months for access to a COVID-19 vaccine? And, just as important, why is Canada behind the U.S., the U.K., Germany, Belgium, Spain, Italy, France, Russia, India, Argentina, Brazil, Australia, Japan, Indonesia and Mexico in vaccine access?

Ottawa says it has contracted for more than 300 million doses of COVID-19 vaccines from seven companies as insurance against the likelihood some vaccines now in development will not be effective. The National Advisory Committee on Immunization has published recommendations as to which Canadians will be vaccinated first. The federal government has just appointed a general to lead its vaccine rollout and plans to buy 100 specialized freezers for vaccines that must be stored at very cold temperatures.

But where is the distribution plan? And when will distribution begin? Remember, this is the same federal government whose Phoenix payroll system still isn’t completely fixed.

Two of Canada’s close allies, the U.S. and the U.K., already have concrete plans to distribute vaccines, with the first delivery expected in December. Pfizer is already shipping its vaccine in anticipation of regulatory approval. For his part, Prime Minister Justin Trudeau says that he’s looking forward to being able to vaccinate Canadians in the coming months (note he doesn’t say weeks) but that it’s premature to say when that will be. He says his government is working hard to secure tens of millions of doses once a safe and effective vaccine is approved and ready for Canadians.

Health Canada’s approval process is often slow and cumbersome and habitually lags the United States and Europe — even when federal employees aren’t working from home. Health Minister Patty Hajdu has said her department is working closely with procurement officials to distribute a vaccine — once Canada secures one. It’s just as important that it work closely with the U.S. Food and Drug Administration and the European Medicines Agency to streamline regulatory approval.

Nigel Rawson is an independent researcher and an affiliate scholar with the Canadian Health Policy Institute. Olaf Koester is managing partner and principal, OHWK Business Management Advisory. John Adams is cofounder and CEO of Canadian PKU and Allied Disorders Inc. and volunteer board chair of the Best Medicines Coalition.

Rawson and Adams are frequent MLI authors and recently wrote the MLI paper, "Access to New Medicines: What Should Ottawa Learn from COVID-19."