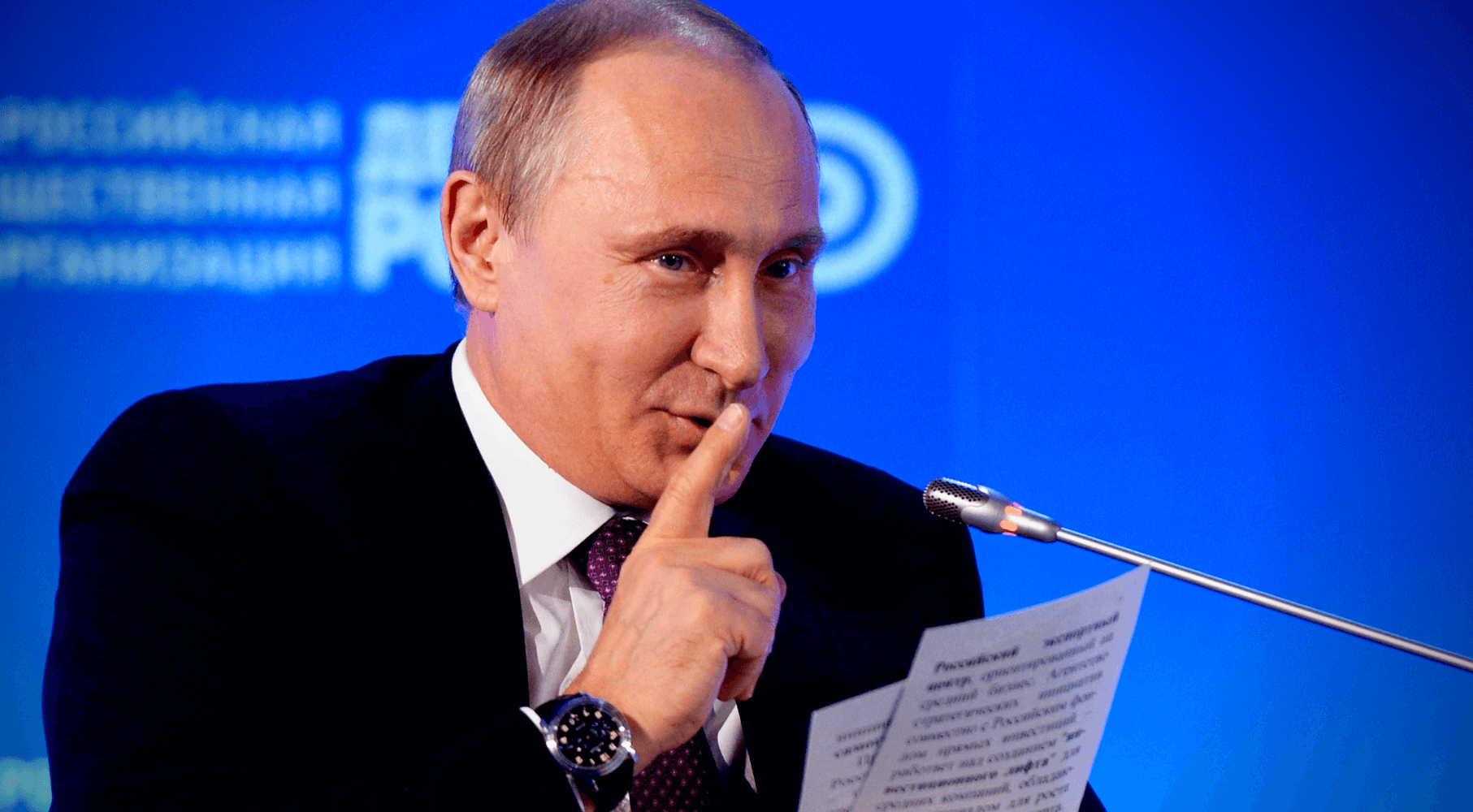 When Russia’s only aircraft carrier caught fire last month, the latest accident in a long string that have plagued the Russian military for the past decade, questions about the crumbling state of Putin’s military have reemerged.

However, Vladimir Putin need not rely on submarines, tanks or guns to inflict maximum damage on his adversaries. His most powerful weapon is cheap and devastating. With algorithms, code, propaganda and lies, Putin has attacked democracies throughout the Western world, sowing division and anger to subvert them from within.

These same tactics are applied to anyone brave enough to stand up against the Putin regime. Critics who oppose him are subjected to information and psychological warfare in the form of murky lies, disinformation and defamatory labels intended to discredit, smear and marginalize Putin’s enemies.

As stated in a leaked Canadian intelligence report, Canadian Deputy Prime Minister, Chrystia Freeland was targeted by Russian disinformation operations in 2017, owing to her support of Canada’s Magnitsky human rights legislation. Minister of National Defence, Harjit Sajjan, a Sikh-Canadian, was also the target of a race-based Russian disinformation attack intended to undermine trust in Canada’s NATO mission in Latvia among Russian speakers.

Canadian troops serving in Latvia are characterized by Russian propagandists as spearheading a NATO invasion of Latvia, while Latvians and Ukrainians are crudely painted as fascists in order to erode confidence in Canada’s missions to those countries. Russian propaganda is so effective among the U.S. military that, according to a recent survey of U.S. armed-services households, 46 per cent admit they view Russia as an ally.

Yet the most prominent and maligned target of Russian information warfare over the past decade has been Sergei Magnitsky, a Russian whistleblower who was incarcerated, beaten and killed by Russian authorities after he discovered and reported a massive 230-million-dollar tax fraud committed by Russian officials, and his former boss and leader of the global Magnitsky human rights campaign, Bill Browder.

Over and over, Putin’s propaganda machine has churned out crude falsehoods about Sergei Magnitsky in efforts to discredit his legacy, the crimes he exposed, and the global campaign to hold corrupt human rights abusers accountable.

In 2012, Russian Senator and Putin-aligned oligarch, Vitaly Malkin, was dispatched to Washington, D.C. by Vladimir Putin to lobby against U.S. efforts to adopt the Magnitsky Act: legislation that allows the U.S. and Canadian governments to place visa bans and asset freezes on corrupt Russian and other global officials who abuse human rights.

Among the narratives peddled by Malkin and his coterie of Russian kleptocrats, was that Magnitsky was an alcoholic who died from “undetected diseases.” Yet even Russia’s Presidential Human Rights Council concluded he had been severely beaten in prison—a conclusion only reinforced by a recent ruling by The European Court of Human Rights.

Furthermore, Malkin had millions of dollars invested in Toronto real estate, and has been banned from entering Canada on grounds that he was a “member of a group engaged in organized or transnational crime.”

Simultaneously, the Putin regime put Sergei Magnitsky—posthumously—on trial for tax evasion and convicted him. Throughout the farcical process, an empty cage stood in the court room. Browder too, was tried and convicted in absentia, and has now been repeatedly harassed by Russian authorities who have abused Interpol’s Red Notice system to try and have him detained abroad.

Meanwhile, the Kremlin produced a barrage of documentaries for state-controlled media that presented wild conspiracy theories about both Magnitsky and Browder. In one, Browder was identified as a U.S. secret agent working to destabilize Russia. In another, he was accused of being responsible for the death of exiled oligarch, Boris Berezovsky, and stealing millions from the International Monetary Fund with Russian opposition leader, Mikhail Kasyanov.

A bizarre 2016 Russia state media documentary, titled “The Browder Effect,” even claimed that Browder was behind the murder of Sergei Magnitsky. The assertion that Magnitsky was not beaten was also later echoed in a documentary produced by Russian filmmaker Andrei Nekrasov.

Canadian advocates for Magnitsky legislation have also been victims of Russian government propagandists. The Kremlin lawyer Natalia Veselnitskaya, who is at the centre of the now infamous June 2016 Trump Tower meeting with Donald Trump Jr., Jared Kushner and Jon Manafort, publicly called out Magnitsky supporters, which resulted in a call for a formal investigation by the Russian prosecutor general into their activities. Former Canadian diplomats with business interests in Russia, academics who are aligned with the Putin regime, and corporations with Russian partnerships, have all actively campaigned to discredit Canadian activists who support Magnitsky legislation. The Kremlin’s tactics include social media trolling, abusive blog posts, surreptitious letters, legal threats and in some cases—including what I’ve experienced myself—death threats.

In Vladimir Putin’s post-truth world, it is critically important that Canadians consume news and media with the understanding, that regimes such as those in Russia, China and Iran, are weaponizing information and media to attack truth and facts in order to polarize and undermine our society.

This requires us to consume news through a thick critical lens, and question sources and motivations behind stories that sound too strange or wild to be true—especially when it comes to critics and opponents of Vladimir Putin.