In wake of election, a host of foreign policy challenges await Abe: J. Berkshire Miller in the Japan Times 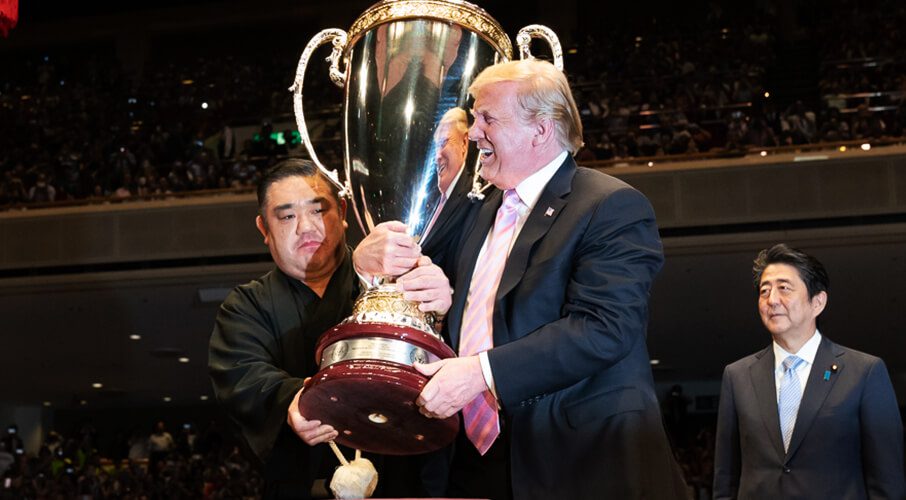 Post-election, one of the key areas for Japanese Prime Minister Shinzo Abe will be foreign policy. Although he has been a source of stability on the global stage, he will be tasked with dealing with a host of critical issues in the coming months, writes J. Berkshire Miller.

After Sunday’s election, the ruling Liberal Democratic Party — along with its coalition partner Komeito — remains firmly in the saddle with a strong majority in both the Upper and Lower Houses of the Diet.

While the results of the poll were not surprising, they do reaffirm that Prime Minister Shinzo Abe’s administration will likely cement its hold on power until his final term concludes in 2021 — assuming the LDP does look to extend his term beyond that point.

Post-election, one of the key areas for Abe will be foreign policy. Although he has been a source of stability on the global stage, he will be tasked with dealing with a host of critical issues in the coming months.

First, the Abe administration may face challenges ahead in maintaining its strong relationship with the United States.

Abe has expended considerable time and effort in building a personal rapport with U.S. President Donald Trump, and the two have now met on a dozen occasions — in addition to more than 25 official phone calls. The two leaders last met on the sidelines of the Group of 20 summit in Osaka, just days after Japan was blindsided by a report that Trump was mulling the option of withdrawing from the U.S.-Japan security treaty, the bedrock of security in the Asia Pacific. The report, which both administrations dismissed, once again led to concerns about the U.S. commitments to its key allies, including Japan.

On one hand it is tempting to dismiss the report and point to the strong shared interests and growth in the U.S.-Japan alliance. But it would be foolish to entirely dismiss the risks, and there are real issues to be managed in the coming year.

First, Japan and the U.S. will have to finalize their special measures negotiation, which will cover host-nation support cost-sharing within the alliance. The current deal is set to expire at the end of the fiscal year in 2020. Trump has on multiple occasions critiqued Japan — and other allies such as South Korea and those in NATO — for not covering an adequate amount of costs for the deployment of U.S. troops.

How will Japan look to address the accusation of free-riding?

The Abe administration will surely point again to its large purchases of U.S. defense equipment — including the Aegis Ashore missile defense system and its plan to increase its order of F-35 fighter jets. Tokyo will also tactfully point to its large share of host-nation support — considerably more equitable than other large basing countries like South Korea and Germany — but that is unlikely to be enough to fully satiate Trump.

This will lead to difficult decisions on the role and contribution of the Self Defense Forces — as outlined by the current U.S. plans to assemble a multilateral coalition to safeguard commercial vessel traffic in the Strait of Hormuz amid an uptick of tensions with Iran.

Second, despite Abe successfully delaying any serious trade deal progress with the U.S. until after the Upper House election, he will need to face a Trump administration that is running low on patience and heading into election campaign-mode in America — a potentially dangerous formula as Japan looks to determine what concessions can be made on trade. The proposed agreement on goods would represent the first serious free trade effort between Washington and Tokyo since the Trump administration withdrew from the Trans-Pacific Partnership agreement.

The second key area will be managing the trajectory of relations with China — which have seen a tenuous thawing period for the past couple years. Chinese leader Xi Jinping made his first visit as leader to Japan in June for the G20 summit and is planning an official visit next spring. Both sides are also touting greater convergence on economic and trade matters.

In reality however, there has been little change to the fundamental problems in the relationship. Tokyo and Beijing are still deeply mistrustful of each other and are still at loggerheads over the Senkaku Islands, with Chinese vessels consistently intruding Japan’s territorial and contiguous zone waters surrounding the islands.

Japan remains uneasy about China’s rapid military modernization and regional assertiveness and continues to bolster its defense posture and readiness. Bottom line: Expect the relationship in the coming year to be driven by pragmatism — not strategic convergence.

In addition to managing ties with the U.S. and China, the Abe administration will continue to be preoccupied with other issues in Asia. Ties with South Korea have hit rock bottom with the recent decision by Tokyo to enforce tougher controls on technology-related exports, as well its move to consider removing Seoul from its “white list” of trusted countries.

The measures place tougher controls on Japan’s exporters that ship materials used in smartphones and semiconductors — a key part of the supply chain for large Korean multinational firms such as Samsung.

Tensions have been bubbling between Tokyo and Seoul for much of the past several years as they continue to wrangle over a range of issues related to history, especially a high-fueled dispute over wartime laborers, with the South Korean Supreme Court ruling earlier this year that Japan is still liable for additional compensation. Magnifying this mistrust, Japan is fuming at a decision earlier this year by the World Trade Organization that upheld South Korea’s ban on imports of Japanese seafood from Fukushima and seven other prefectures imposed after the nuclear disaster in 2011.

In the end, however, there may be little Abe can do. There appears to be little space to improve Japan-South Korea ties until the Moon administration in South Korea looks to approach Tokyo in a more cooperative manner rather than constantly pushing back the goal posts — as evidenced by its effective gutting of the 2015 “comfort women” agreement and its apparent threats to withdraw from a key bilateral military information sharing agreement with Japan.

The perilous state of relations with Seoul is especially concerning considering the potential for renewed tensions with North Korea — which has not taken serious steps to dial back its nuclear and missile programs despite three meetings between Trump and North Korean leader Kim Jong Un.

Abe, who still has not met with Kim, remains the odd-man-out in the North Korea diplomatic party — but he is also the one main voice of reason left that understands that theatrics cannot be confused with progress toward denuclearization.

Abe will also look to keep efforts on two potential legacy areas: the abductions of Japanese nationals by North Korea and a potential resolution of the dispute with Russia over four islands off Hokkaido.

It seems unlikely that Abe will make much progress on either. On the abductee issue, Pyongyang feels that it has considerable leverage with Japan right now considering its warmer relations with South Korea and also its improving ties with both China and the U.S. North Korea is in no hurry to resolve matters with Japan, and this all but eliminates any chance for a political win for Abe on the abductee issue.

Similarly, Russia has consistently backtracked and dimmed hopes that a compromise on the disputed islands might be possible. Indeed, despite Abe meeting with Russian President Vladimir Putin on more than 20 occasions since 2013, it remains unlikely that Russia will budge on any compromise that involves ceding territory to Japan.

With progress in these areas unlikely, Abe will likely focus his attention on building his foreign policy legacy around two things: doubling down on the “Free and Open Indo-Pacific Vision” and Japan’s role as a defender and promoter of the rules-based international order.

As global geopolitics becomes increasingly tumultuous, Abe is seeking to create an interlinked regional strategy that complements the U.S. and other like-minded states (while not directly confronting China — despite its design aimed at deterring Beijing).

Legacy-building aside, he will predominantly have his hands full, once again, with Northeast Asian security issues and tending to the U.S.-Japan alliance that he has invested so much in.