Would a wealth tax be effective? No: Philip Cross in the Toronto Star 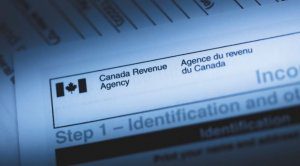 Despite its easy political appeal, a wealth tax in Canada is not needed and would not deliver either the promised increase in tax revenues or a reduction in inequality, writes Philip Cross in the Toronto Star.

This article is a part of the Toronto Star's series The Saturday Debate.

Despite its easy political appeal, a wealth tax in Canada is not needed and would not deliver either the promised increase in tax revenues or a reduction in inequality. High income Canadians already bear a disproportionately large share of taxes. It is a fantasy that the huge costs of the pandemic will not be shared by all Canadians.

Wealth inequality is declining, not increasing, in Canada. The wealth held by the lowest three income quintiles rose more than for the upper two quintiles, boosting their share of wealth from 27.1 per cent in 2010 to 29.5 per cent in 2019 (all data are from StatsCan). The myth that inequality is rising here is a prime example of a narrative imported from the U.S. without adjusting for the local conditions in Canada.

Rising wealth for lower income people reflects gains in both financial and non-financial assets. Our middle class holds more financial assets than in the U.S., making it less vulnerable to lower housing prices.

Wealth taxes have proven costly to administer and generate little revenue. As a result, eight of the 12 European nations that imposed a wealth tax ended up abandoning it. In practice, wealth is difficult to define, measure, and tax. Two-thirds of wealth is held in housing and pension assets, which are usually exempt from a wealth tax because they are widely held. As a result, wealth taxes are applied to a narrow range of assets, the value of which often is difficult to establish.

On top of its narrow base, the tax rate on wealth must be low. This is partly because a wealth tax is equivalent to a punitive tax on capital income. An additional complication is that it must be paid even when income is low, as occurs during recessions. This strain is especially severe for new small firms, which often lack capital.

A wealth tax creates a substantial incentive to shift assets to jurisdictions without such a tax. This happens regularly because of the ease with which many taxable assets can be shifted across borders. Even wealth tax advocates, like the French economist Thomas Piketty, admit that “the risks of evasion would be very high” without the widespread sharing of bank information that has proved difficult to implement.

Much of the recent increase in wealth reflects a decade of easy monetary policies. These policies were partly designed to boost asset prices and household wealth. It would be contradictory and hypocritical for governments to encourage higher wealth with monetary policies and then tax it with fiscal policies. If governments decide the increase in wealth is not productive or unfair, they should reverse the policies that help boost asset prices.

Besides being ineffective, wealth taxes dampen savings and investment and slows long-term growth. This is the wrong message to send as Canada struggles to recover from a decade of subpar growth and its worst recession since the 1930s.

The appeal of a wealth tax is based on fallacies that do not apply to Canada. One is that wealth inequality is rising, which is clearly not the case over the past decade. Another is that better off Canadians are not paying their “fair” share of taxes.

Finally, it is a myth that well-off Canadians are taking a larger share of incomes while avoiding paying their share of taxes. More broadly, a wealth tax feeds the fantasy that the huge bill from the pandemic can be shifted to a tiny number of rich Canadians, while leaving the average person unaffected.

Inevitably, all of us will be impacted by either lower government spending or higher taxes. That should be the focus of the federal election, but neither our politicians, nor the public, appear willing to grapple with that reality.