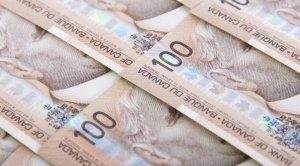 In fact, research has found wealth taxes can actually reduce government revenues, writes Philip Cross in the Financial Post. Below is an excerpt from the article, which can be read in full in here.

The Parliamentary Budget Officer (PBO) recently reported that governments could raise between $44 billion and $61 billion (in total over five years) with a one-time wealth tax starting at three per cent on Canadians worth more than $10 million. This must be tempting to a federal government burdened by a record budget deficit of $354 billion. However, experience shows that raising large tax revenues from a small base of taxpayers will be as futile in practice as it is attractive politically.

A wealth tax would raise relatively little revenue and depress economic growth by encouraging consumption while penalizing the saving and investment that foster long-term economic growth — especially when layered on top of existing taxes on the capital income wealth generates, something not factored into the PBO analysis.

Why the lack of revenue? Three main reasons: most household assets would remain exempt; the tax rate would have to be kept low to prevent capital from leaving Canada; and households would adjust their behaviour to minimize their tax bill. This is why most European countries abandoned wealth taxes years ago. In 1990, 12 European countries had a wealth tax. By 2018, only four did (Spain, Switzerland, Norway and Belgium).

The other eight countries stopped taxing wealth because of disappointing revenues, questionable legal foundations for this kind of tax and high administrative costs. France scrapped its wealth tax after concluding it had induced many wealthy people to leave the country. Indeed, French economist Eric Pichet estimated the outflow cost the government twice the revenue it generated. Germany’s wealth tax was ruled unconstitutional. Austria abolished its wealth tax because of high administrative costs and the burden on small businesses.