Weaponizing deficit spending as a political tool: Sean Speer for Inside Policy 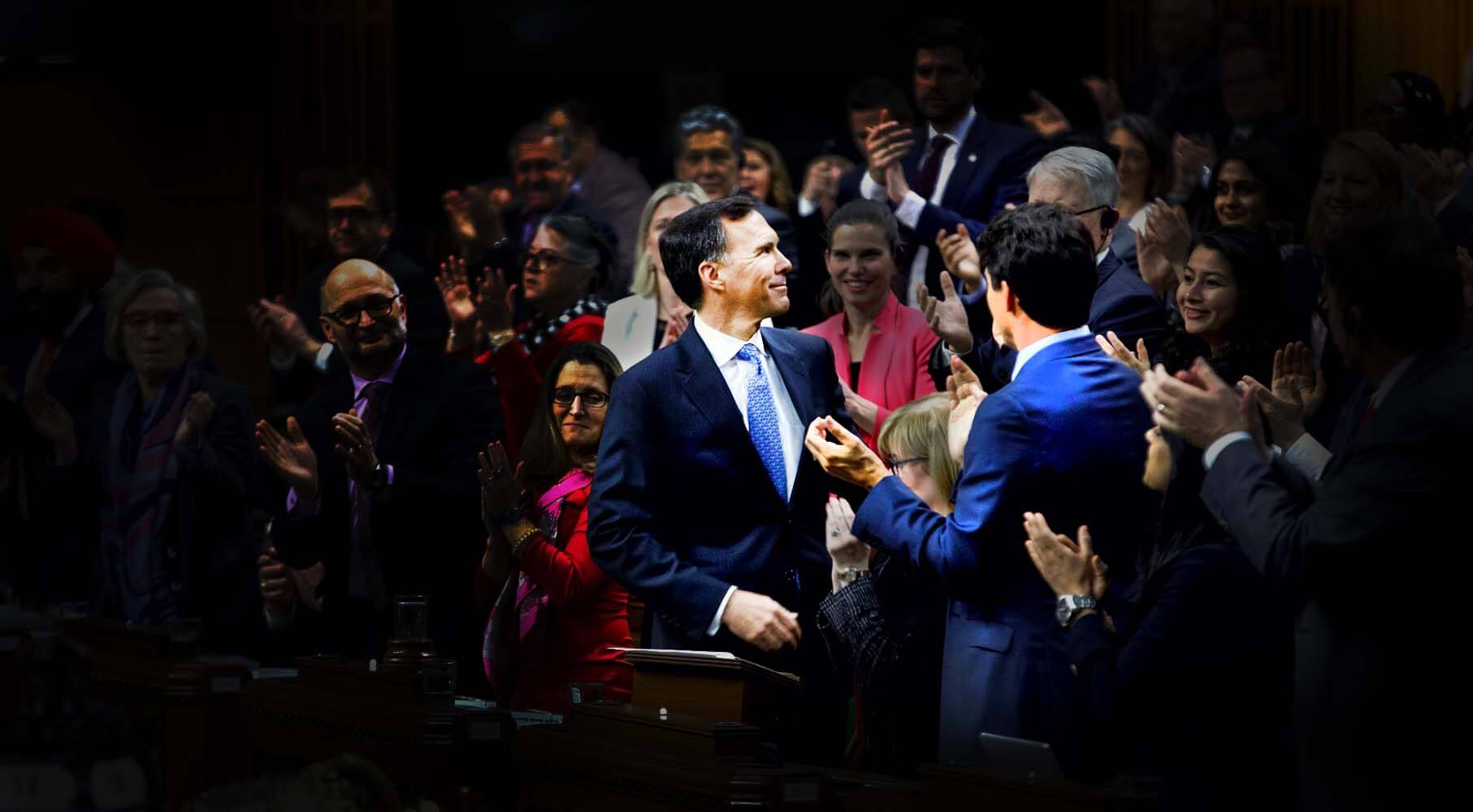 The 2019 budget reveals the government’s attempt to make a budgetary deficit a central part of its political argument, writes Sean Speer.

There are two distinct types of analysis of Bill Morneau’s final budget before the 2019 election.

The first is political. Various political commentators and observers have scored the budget based on whether it will supplant the SNC-Lavalin scandal or how it might resonate with the Liberal Party’s key voters or what it tells us about the party’s eventual election platform.

The second is economic. Academics, think-tank scholars, and economic-minded journalists have evaluated the government’s deficit spending including the policy justification, its effects on Ottawa’s overall fiscal picture, and the potential economic effects of individual policy measures such as the new First-Time Home Buyers Incentive and the Canada Training Benefit.

This compartmentalized debate about politics and economics is not uncommon for most budgets. Political analysts assess the politics. Economists consider the economics. This is how it typically works.

The 2019 budget does not, however, lend itself to such analytical bifurcation. Those attempting to analyse Mr. Morneau’s budget using standard economic tools are ill-equipped. Typical analysis about revenue and expenditure growth, the size of the deficit, and so on, miss the point.

The government’s fiscal policy is not motivated by considerations about the business cycle or the proper fiscal strategy. Mr. Morneau’s ongoing deficit is not about policy. It is about politics. His government has sought to weaponize deficit spending as a political tool.

To be clear: it is not the first political party to try to create clear “contrasts” with its chief political opponents in the lead up to seeking re-election. But it is certainly among the first to attempt to make a budgetary deficit in and of itself a central part of its political argument.

Mr. Morneau’s budget had one main purpose: to establish a contrast between the government’s deficit-financed spending and the Conservative Party’s so-called “austerity.” He basically said as much. As the minister told reporters on budget day: “they [the Conservative Party] would like to have cuts and austerity that will worsen the situation for families.”

Herein lies the challenge for those of us who want to analyse and debate the budget on its fiscal merits. Arguing about whether the deficit ought to be the subject of policy-based approval or alarm is regrettably irrelevant. It presupposes that the government sincerely grappled with serious fiscal policy questions as part of the process.

The truth, of course, is that the Minister deliberately set out from the beginning to maintain a relatively small yet lingering deficit over the fiscal planning period from 2018/19 to 2023/24. Projecting an ongoing deficit was the principal end here. The various spending commitments in the budget were, for better or for worse, simply the means.

This was actually harder than it sounds. A well-performing economy produced an unexpected revenue windfall that threatened the government’s political strategy rooted in red ink. It required effort on the part of the Minister and his Cabinet colleagues to spend these surprising revenue gains and more. But they did it.

The upcoming fiscal year is a good (or bad example). Revenue projections have been revised upward by $8.8 billion (or 2.7 percent). Yet program spending has been revised even higher by $11.3 billion (or 3.6 percent).

DIFFERENCES BETWEEN REVENUE AND PROGRAM EXPENSES FORECASTS, BUDGETS 2018 AND 2019 ($BILLIONS)

As columnist Andrew Coyne tweeted: “They’re spending as fast as they can. Awash in revenues, it’s all the Liberals can do to *keep* the budget from balancing itself.”

It does not make much sense as an economic or fiscal strategy. But that is beside the point. The government is counting on it as a political strategy.

The budget’s ongoing deficit – an average of $15 billion between 2019/20 and 2023/24 – is not enough to cause a fuss among economists or markets but it is high enough to impose difficult political choices on the Conservative Party.

The Official Opposition now faces a trilemma: (1) a balanced budget pledge, (2) new spending promises or tax reductions that will resonant with voters, and (3) the political risks associated with committing to spending reductions in the context of a campaign. They can only have two of the three.

And on (3) while the deficit is small relative to the size of the economy, closing the fiscal gap in 2022/23, for instance, would still involve reducing the government’s planned spending by 3.4%. One can already hear Mr. Morneau and his colleagues condemning such “austerity” as cold-hearted, mean-spirited, or worse. Mission accomplished.

Make no mistake: This is the reason that we have an ongoing budget deficit. This is not about principles or values or economic theory. The government has purposefully created a structural deficit so that it can “wedge” its main political rival. The economists trying to score the budget have nothing in their toolkit to account for a deficit-driven political strategy.

The question, of course, is what does it mean for the impending campaign?

The Liberals are hoping that the Conservatives walk into their fiscal trap. I hope they do too. More precisely I hope that we have a substantive debate about the public spending that has produced the government’s much-desired deficit.

Deficits may be the government’s political objective, but the underlying spending is the real issue here. Federal program spending is up by more than 25 percent since the Trudeau government took office. One quarter in one mandate in normal economic circumstances. Others have pointed out that this is the largest-scale increase in federal spending outside of a recession in decades.

We need a renewed debate about the right threshold for government intervention, how we ought to judge new spending, and how to measure the ongoing utility of current spending. This debate should about more than mere “inefficiencies.” We need to get back to basic questions about the role of government, what it does, and how it is financed.

One example: Pages 35 and 36 of the budget observed that the federal government is currently administering 106 active labour market programs across 30 departments totalling $7.5 billion per year. This does not account for the Employment Insurance program or provincial and territorial programming and services. Such a labyrinth of federal initiatives is surely ripe for consolidation and reform with minimal or no downsides for Canadians – in fact, simplification would invariably help those in need of public support.

This is just one such example. But there are various others across the federal government. MLI research from 2018, for instance, pointed out that the federal Department of Health and the Public Health Agency of Canada spend $600 million and $310 million per year, respectively, on health promotion and protection with a high risk of duplication and overlap.

The point is that the right response to the government’s political bet on deficits and debt is a substantive argument against the profligate and unjustified spending that causes it. The 2019 budget is predicated on the assumption that the government will win such an argument. It is now up to the opposition to make its case. Canadians may be more responsive than Mr. Morneau thinks. The government may regret that it made such a large-scale bet and in so doing mixed politics and economics.