The Islamic Republic of Iran – a brutal theocratic regime characterized by routine violations of human rights and international law, unparalleled state sponsorship of terrorism, and the perpetual abuse of its own people – is back in the news. The Biden administration is considering returning to the Iran nuclear deal, ostensibly to prevent the regime from acquiring nuclear weapons and to secure some form of peace in the region.

However, over the short life of the Joint Comprehensive Plan Of Action (JCPOA), Iran continued its belligerent activities such as cyber attacks, engaged in further repression of its own people, and propped up similarly oppressive actors including the Syrian regime and Hamas. Its continued development of long-range missile systems, designed to potentially deliver the nuclear warheads that the JCPOA aims to prevent from being developed, suggest that the nuclear deal failed to tackle what is the principal issue: the regime in Iran itself poses an intractable threat to the peace and stability of the region and the best interests of Iranians themselves.

To chart a new course requires a discussion on a peaceful transition away from the IRI regime to a democratic system which Iranians within the country and throughout the international diaspora have been calling for. Any solution to the challenges caused by Tehran must first start with how we can empower the democratic voices within Iran and beyond.

Set just before so-called elections in Iran, MLI hosted a discussion about recent efforts by dissidents and Iranian society at large to articulate unified demands for the peaceful transition to democracy. Panelists discussed the path forward, and whether a return to a dovish approach to Iran – as the Biden administration appears to prefer – is actually in the best interests of the Iranian people. 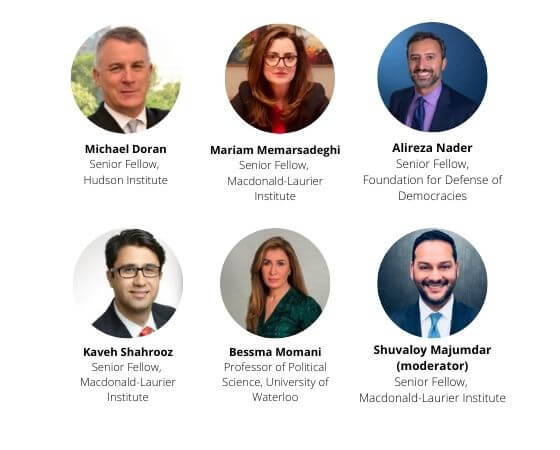