Webinar Panel Video: A Pacific Realignment - Why Canada needs to work with its partners in the Indo-Pacific

The world of geopolitics is changing and reshaping in ways few properly understand, with rising powers and new alliances emerging. Advancing Canada's interests will require a thorough assessment of this new landscape.

How has Canada viewed the scope of its engagement in Asia? Canada was a founding member of APEC in 1990, has been a dialogue partner in the ASEAN Regional Forum since its formation in 1994, and is a member of the Asian Development Bank. More recently, it joined the Chinese-led Asian Infrastructure Investment Bank in 2017, though not before considerable internal debate. Yet Canada seems late to the game in clearly articulating a broader strategic approach to the Indo-Pacific.

Yet Canada seems late to the game in clearly articulating a broader strategic approach to the Indo-Pacific. This webinar featured voices from around the Indo-Pacific to discuss how Canada – along with its traditional partners and allies – can assertively promote its interests in the region. This is the second event in a project supported by the Konrad-Adenauer-Stiftung, which explores strategic realignments that are currently underway across three vitally important parts of the world: the Middle East and Red Sea region, the Indo-Pacific region, and the Transatlantic region.

It's time for a paradigm shift. The volatility in the region underpins the need for Canada to work with key liberal democracies to push forward the rules-based liberal order. It is not an option to stay on the sidelines. Canada can and should stand for a vision of a free and open Indo-Pacific and defend shared interests in the region.

This webinar featured voices across the Indo-Pacific region to help viewers understand different perspectives and how they may converge with Canadian interests.

Jonathan Miller, Director and Senior Fellow, Indo-Pacific Program at the Macdonald-Laurier Institute will moderate the discussion of our panelists: 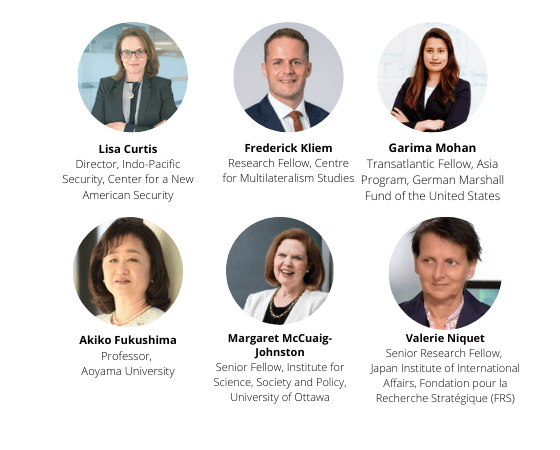