The West should stop being a handmaiden to kleptocracy: Balkan Devlen in iPolitics 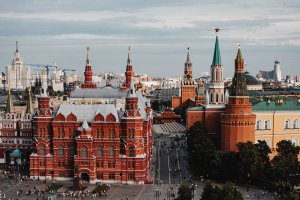 We are under no obligation to make life easier for kleptocrats who oppress their own people and steal from them while actively trying to subvert our societies, writes Balkan Devlen in iPolitics. Below is an excerpt from the article which can be read in full here.

Alexei Navalny’s, Russia’s Opposition leader, recent reporting about Putin’s palace laid bare once again the kleptocratic nature of that regime. Navalny’s arrest upon returning from Germany, where he was being treated after being poisoned by Russian security services, further galvanized ordinary Russians as they chanted “Putin thief” while protesting his arrest. After a sham trial, Navalny was sentenced to 3.5 years in prison.

None of this is news to anyone who pays the slightest attention to how the elite in these dictatorships, from Russia to China to Iran, rob their people, deny them basic civil and political rights, all the while laundering their money and reputation through Western institutions.

Why should Kremlin apparatchiks and oligarchs, CCP politburo members and princelings, or high-level officials of the clerical regime in Iran be free to stash their ill-gotten wealth in our banks, park their spouses and children in our countries, buy real estate and businesses in our cities, and enjoy their holidays in Vancouver, London, or Paris? Why should we roll out the red carpet to them while they assassinate human rights activists, put hundreds of thousands in concentration camps, hold our citizens hostage, subvert our democratic institutions, crack down on dissidents, and steal from their own people?

We are under no obligation to make life easier for those who oppress their own people and steal from them while actively trying to subvert our societies. In fact, we are morally obliged to do the opposite. It is not only the right thing to do but also what enlightened self-interest requires. They corrupt our institutions.  They capture a segment of our political and financial elite by having them benefit – financially or otherwise – from assisting kleptocrats and dictators. It makes a mockery of our defence of democratic values abroad when we turn a blind eye to those who flagrantly violate those values.

What should be done? Here is a “radical” idea: Punish the kleptocrats and support the ordinary citizens.