Stand down and let the Wet’suwet’en revitalize their political system: Theresa Tait-Day and Ken Coates in the Vancouver Sun 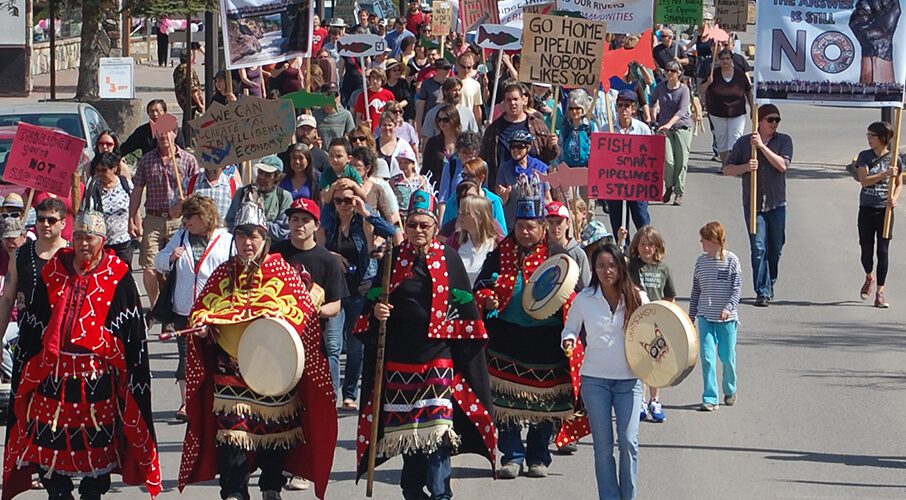 The Wet’suwet’en are committed to doing the hard, even painful work of revitalizing their political system while making sure that they respect traditions and values and can manage the complexities and demands of the modern world, writes Theresa Tait-Day and Ken Coates.

The Wet’suwet’en have endured a challenging year, with internal disputes about the role of hereditary chiefs playing out in the national and international news.

The Wet’suwet’en people are intensely proud of their culture and history and determined to exercise their rights and title. Appropriately, they seek pathways to autonomy and prosperity. Unfortunately, the process has been lost in a media circus, and a vital debate about Wet’suwet’en governance has been hijacked by environmentalist agendas and national anti-pipeline politics.

The local debate about the role of hereditary chiefs and elected Indian Act band governments is crucial for the Wet’suwet’en and all First Nations seeking to connect traditional government systems with imposed colonial structures. These discussions are happening while two intense processes are underway: the development of the economically vital Coastal GasLink pipeline through Wet’suwet’en territory, and the stalled negotiations over the First Nations’ long-standing and legally recognized rights to their traditional territories.

This already challenging local situation has been complicated by the decision of the Government of Canada and the Government of British Columbia to engage directly and solely with the hereditary chiefs and to sign a Memorandum of Understanding on the progress of negotiation of Wet’suwet’en land and governance issues. The response has been understandably one of frustration and anger.

The elected chiefs asked the Hon. Carolyn Bennett, Minister of Crown-Indigenous Relations to resign her cabinet post for her role in bringing the MOU forward. Most of the elected chiefs publicly rebuked the federal and provincial governments for persisting with the MOU and for failing to involve them in the discussions. Community members were not given a full opportunity to review the MOU before the signing, which undercuts the legitimacy of the exercise.

It is the people, and not just the hereditary chiefs, who must choose their preferred governance model. It is not obvious that a western democratic approach — one vote for one person — is the proper Wet’suwet’en way to proceed. The future governance of the Wet’suwet’en will recognize the elected bands — they are now deeply integrated into the First Nations’ political systems and provide a structure for the administration of the community — but the long-term political structures must reflect Wet’suwet’en values, traditions and customs.

The future of Wet’suwet’en governance must be built around the House system, which is the foundation of the First Nation’s culture and central to their aspirations for culturally-based self-government. The hereditary chiefs also are crucial to Wet’suwet’en governance, although not necessarily in the form currently being represented.

There are long-standing cultural protocols governing the functions and authority of the hereditary chiefs, which local critics argue have not been followed during the recent political controversy. If the restructuring of government and the renewal of the First Nations’ relationships with the federal and provincial governments is to be both meaningful and sustainable, it must be based on Wet’suwet’en culture and be rooted in history and tradition.

The future of Wet’suwet’en autonomy and governance requires two things. The first is the willingness on the part of all government — Canada, British Columbia, the Indian Act governments and the traditional governance systems of the Wet’suwet’en — to engage in a restructuring process. The federal and provincial governments chose, for short-term political reasons, to exclude the elected chiefs and council, an act of disrespect that has to be understood as the insult that it is. The critical set of conversations has to be extended to include all of the people, through the Houses and the Clans and including the hereditary chiefs and the elected chiefs and councils.

The second element is that external actors, particularly those who bring other agendas to the debate, have to back off. The Wet’suwet’en people worked for decades to create the legal and political space necessary to reinvent their place within Confederation. They are committed to continuing the processes of revitalizing and strengthening Wet’suwet’en culture, decision-making and governance. The more that this is done without their entanglement in other issues and political matters such as developing Canada’s natural resources, the better it will be for the Wet’suwet’en and — very directly — British Columbia and Canada.

Canadians should watch the Wet’suwet’en, preferably from a distance. The Wet’suwet’en have been one of the most innovative, engaged and culturally-determined First Nations in Canada, committed to doing the hard, even painful work of revitalizing their political system while making sure that they respect traditions and values and can manage the complexities and demands of the modern world.

Other Canadians, including the anti-pipeline advocates who continue to use the divisions around the role of the hereditary chiefs to push their agenda, would serve the Wet’suwet’en a real service if they stood down and left the First Nation to the critical business of renewing and rebuilding their nation.

Theresa Tait Day is a hereditary chief of the Wet’suwet’en Nation. Ken Coates is a Munk Senior Fellow at theMacdonald Laurier Institute.