Why Albertans are pondering the nuclear option of separation: Jack Mintz in Financial Post 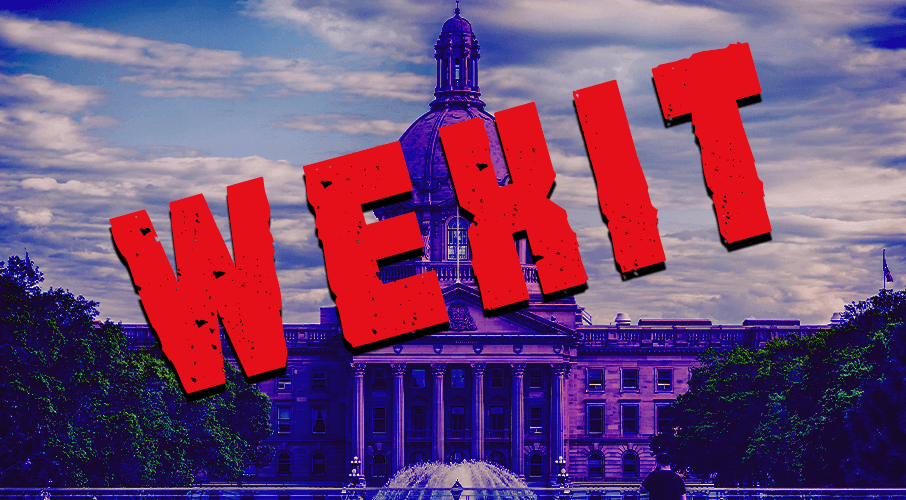 The growing debate in Alberta on autonomy has gone past the point of one or two pipelines getting built. Alberta is a boiling cauldron about to blow its lid off, writes Jack Mintz.

Last weekend I participated in the “The Value of Alberta” conference in Calgary. While most of the focus was on options for Alberta’s autonomy, what was most striking were the off-session comments of the 700 attendees. Albertans are running out of patience after five bad economic years.

Many told me about hardships: a friend recently losing a job, farmers unable to get credit, or a relative about to lose a house. They are upset with federal parties and media willing to play up a GM factory closing down or job losses at Bombardier or a corrupt SNC-Lavalin while ignoring the plight of tens of thousands of unemployed Albertans.

Many are angry at unsupportive and obstructionist federal regulatory policies that have dried up investment. They sense the lack of support from other parts of Canada despite Alberta’s huge $650-billion financial contribution over 60 years while other parts of Canada are pandered to buy votes in an election.

They expressed anger at unrealistic “climate emergency” environmentalists who want to stop any new oil and gas development or pipelines, strangling the province, out of sync with the rest of the world. And they are disappointed that the industry’s strong environmental record in reducing GHG emissions by 30 per cent per barrel (now equal to the typical barrel consumed in North America) gets no recognition. They are mad at a prime minister who has been unwilling to push federal jurisdiction over inter-provincial transportation and was willing to use the “oil card” as a prop to gain votes in Quebec.

In other words, Alberta is a boiling cauldron about to blow its lid off. It will do so if the new Teck oilsands project is delayed or turned down by the federal government this spring.
Although not attending in person, Premier Jason Kenney was top of the mind. Much support was expressed for his willingness to fight for Alberta but many are not willing to wait for years of negotiation with the rest of Canada.

As put during the conference by University of Calgary’s Ted Morton, the strategy that the “West Wants In” did not work. The Reform Party that pushed for an equal regionally representative elected Senate with real power found in other federations failed in its quest for better federal governance. Despite Peter Lougheed’s success in introducing Section 92A ensuring provincial control over resource development in the 1982 Constitutional negotiations, the federal government is now using unilateral environmental policy to limit development. Provincial autonomy becomes the only institutional means to defend the West’s interests.

Even the two First Nation leaders, Chief Jim Boucher and Grand Chief Billy Morin, spoke with disappointment over federal policies towards responsible resource development. They would welcome a fair deal providing economic opportunities so long as their treaty rights are honoured.

Some blurred focus was spent on elements for a new fair deal. These included an Alberta Pension Plan, opting out of federal cash grant programs in favour of tax point transfers, and provincially collected personal income tax (including federal income taxes that Quebec is also seeking).

Perhaps, the most intriguing panel was on the legalities of free trade. Alberta and Saskatchewan are landlocked even within Canada, a major concern as oil and gas pipelines fail to gain approval. As Marco Navarro-Genie of the newly created Haultain Research Institute outlined, the two provinces are examples of “enclave” jurisdictions — landlocked but also unable to directly secure agreements for export.

The world has a large number of landlocked jurisdictions — some quite rich such as Austria and Switzerland — that have developed transportation relationships throughout the world. Being landlocked is not an obstacle for independence. Forty-three countries, including the United States, agreed in 1967 to the United Nations Convention on Transit Trade of Landlocked States whereby coastal states (transit states) make arrangements with landlocked states, party to the treaty, to allow for the shipment of goods from a coastal port, subject to protection of the interests of the transit state. The 1982 Law of Sea Convention, which Canada signed, has incorporated these provisions.

Albertans are far from the point of jumping on the separatist bandwagon (polls suggest only a quarter of the population, at most, would be willing to secede from Canada). They just want to understand what options are feasible. But if Alberta cannot get a fair deal from Canada and continues to find a federal government unresponsive to its needs, the “nuclear” option will get more attention.

The growing debate in Alberta on autonomy has gone past the point of one or two pipelines getting built. It is about Alberta’s future and Albertans are looking for the shackles to be taken off.