Woke Jiu-Jitsu that turns Blacks into white supremacists will doom the Dems: Kaveh Shahrooz for The Line 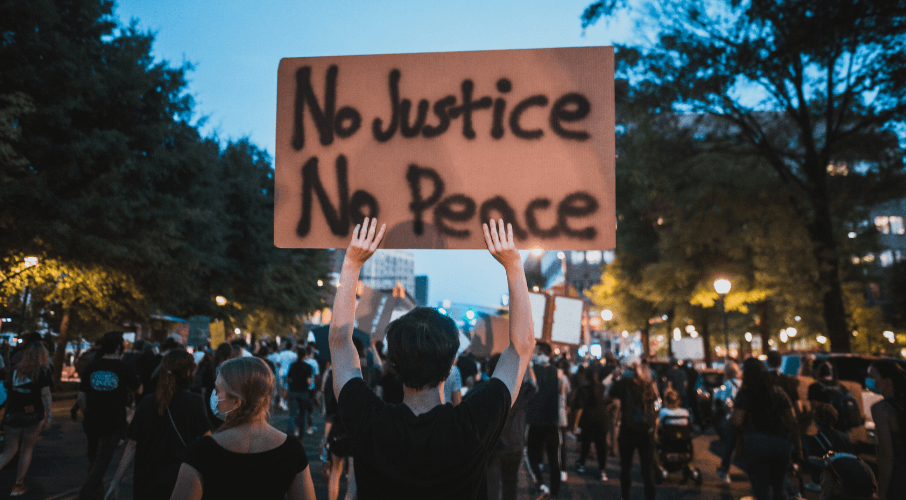 The left will fail if it sees a Biden victory as a success. Woke ideology, embraced not by Biden but by his party, is not a winning electoral strategy, writes Kaveh Shahrooz.

Those may seem like bizarre questions, but according to the woke left, the answer is: yes.

A new narrative began to emerge on election night, after it became clear that Miami-Dade County — a heavily populated area in southern Florida — would go to Trump, thus preventing an early Joe Biden blowout. To the woke left’s chagrin, it was Trump’s significant support among Miami-Dade’s Hispanic voters, namely those in the Cuban-American and Venezuelan-American communities, that kept the state in the Republican column.

In a direct challenge to the widely held belief that Trump’s presidency is the result of a simple racist white patriarchal backlash, the incumbent president actually increased his support among Latinos, black males, Muslims, and Native Americans on election night. He also appears to have maintained much of his support among women.

To compensate for this cognitive dissonance, standard bearers of the woke left explained this phenomenon by implying that these ethnic minorities were enacting a form of white mimicry, or “white adjacency.” First out of the gate was the New York Times journalist Nikole Hannah-Jones, fresh off the controversy surrounding her 1619 Project, who tweeted that that “white Cubans” should not be lumped in with “Black Puerto Ricans and Indigenous Guatemalans.”

Insofar as ethnic communities should not be assumed to share political interests simply because they speak the same language and come from roughly the same broad geographic region, it is hard to disagree with her.  But her point was not anything nearly so straightforward. As she made clear in subsequent tweets, she believes that the Miami Cubans should more accurately be viewed as white because they sit atop “racial hierarchies based on whiteness.”

Not to be outdone, the New York Times’ Charles Blow decided to get in on the action a day later. In a series of tweets and a column entitled “Exit Polls Point to the Power of White Patriarchy,” he wrote that the racism and sexism that buoyed Trump “reaches across gender and sexual orientation and even race.” Which means that: “some people who have historically been oppressed will stand with the oppressors.”

As is often the case, Twitter then did what Twitter does, mocking Jones and Blow for stretching the concepts of racism and sexism beyond all recognition. If a Black man can be called a white supremacist and a woman called a misogynist for supporting Trump, do those concepts even mean anything? Is it really so hard to grasp that someone who looks like you simply might not think like you?

I don’t want to use this space to further mock woke progressives. In fact, I want to interpret the arguments made by Jones and Blow generously.

Presented coherently, I believe the woke position boils down to something relatively simple: racism and misogyny are systems and patterns of relationships between individuals and institutions that lead to worse outcomes for historically-disadvantaged racial and gender minorities. Anyone who works to perpetuate this system is a de facto racist or a misogynist, regardless of his or her reasons for doing so. White people and men are racist and misogynistic, respectively, because of the positions of power they occupy. But ethnic minorities and women can also be racist or sexist if they make choices that prop up the patriarchal white supremacist power structure.

Presented this way, the woke position is less irrational than it initially appears. But consider the argument’s shortcomings.

First, the woke arguments that posit a grand system of patriarchy and white supremacy are unfalsifiable. Any evidence brought forward to undermine the worldview is simply re-framed to become further proof of the claim instead. No evidence can ever refute it.

Much like a conspiracy theory where the absence of hard evidence is itself presented as proof of the conspiracy, Charles Blow’s argument presents the rejection of his position by some ethnic and gender minorities as further evidence of racism and sexism. This Jiu-Jitsu style of political argument enjoys a long pedigree. Take, for example, Marxists who accuse the working class of “false consciousness” anytime the workers they claim to champion have supported positions not favoured by the Politburo. Unfalsifiable claims are fun to play with. But they are ultimately the refuge of those who lack arguments that can stand up to actual scrutiny.

The woke argument also strips ethnic and religious minorities, and in fact all people, of the ability to assess candidates and policies in any way except through a lens focused exclusively on race and gender. A Black person, for example, cannot point to economic issues or foreign policy as the basis for his vote.

A minority voter’s failure to sublimate his personal priorities and interests to other issues deemed more important by the likes of Blow and Jones is, again, used as evidence of his participation in “White Patriarchy.” The condemnation can therefore be conveniently deployed against everyone and anyone who disagrees with fringe progressive policy positions. How exhausting it must be to live in a world where one cannot, even for a moment, think of things other than through this single totalizing lens.

Finally, the obsession with race and gender leaves out the critical issue of class. One of the growing cleavages on the left is between those who continue to adhere to a traditional class-based analysis of the world (think Bernie Sanders) and those who believe that identity is destiny (like Ibram X. Kendi and your high school friend on Facebook who read him.)  The latter approach, as espoused by Jones, would have you believe that the poor Cuban restaurant worker in Miami should be voting the same way as a white, liberal Upper East Side investment banker. Or that a Guatemalan-American minimum-wage worker is supposed to identify with Charles Blow because he is Black and bisexual — and also purportedly a millionaire who sends his kids to Ivy League schools.

As of the time of writing, the election remains too close to call; though Biden does seem to have secured enough electoral votes to win the presidency, weeks of recounts and litigation are ahead. Whatever the outcome, it appears that many Americans of all races and genders decided to embrace Trumpism — even as their country will probably reject Trump. Even if they do choose the worst candidate, it is important to understand their personal reasons for doing so.

With the economy in uncertain territory, a quarter of a million Americans dead from COVID-19, and an incumbent president with consistently high disapproval ratings, this election should not have been close, much less a nail-biter. The left will fail if it sees a Biden victory under such a circumstance as a success. Woke ideology, which Biden thankfully did not embrace, but which voters nonetheless associate with Democrats, is not a winning electoral strategy. The left’s framing of racism, white supremacy, and support for defunding the police — even as many cities suffered from rising crime rates, riots and looting — turned off significant numbers of the very ethnic minority voters they claimed to champion.

And Jones, Blow, and the rest of the race and gender fanatics do those voters and the United States a disservice when they simply write the voters they’re supposed to represent off as bigots.