Work is a benefit unto itself: Sean Speer in Postmedia Network 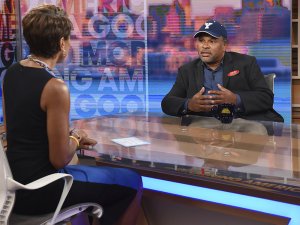 Geoffrey Owen's example reminds us that work is a benefit unto itself. It’s something to be respected and celebrated, not denigrated or ridiculed, writes Sean Speer.

That the “job-shaming” video of former Cosby Show actor-turned-Trader Joe’s employee, Geoffrey Owens, went viral over the Labour Day weekend should give us pause.

It’s a sign that, as he has since said, we’ve come to lose sight of the inherent dignity of all work. It’s a key insight that our society must relearn.

The financial benefits of paid work are self-evident. Employment provides us with the means to cover our basic costs such as food, shelter, and so on. Without it, we’re at great risk of want and need.

It’s no accident that paid work is a bulwark against poverty. Evidence from the United States and Canada shows that having a job significantly reduces one’s risk of poverty.

The poverty rate is 7% for working Canadians, 20.3% for those unemployed, and 23.1% for those who’ve left the labour force altogether.

The findings are similar for disabled Canadians. The poverty rate for disabled workers is 8% compared to 27.1% for those unemployed and 26% for those out of the labour force.

This is a key point to emphasize: disabled Canadians with jobs are nearly four times less likely to be in poverty than those who are unemployed. It’s no surprise therefore that the left-leaning, Washington-based think-tank, the Center for American Progress, has concluded that “the best path out of a poverty is a well-paying job.”

But thinking about work as merely a financial transaction between employer and employee misses its much broader non-financial benefits. This is what Mr. Owens is referring to when he talks about the “inherent dignity of work.”

That paid work provides significant economic and social benefits – including lower incidences of poverty, greater financial security, better health outcomes, and so on – is hardly contentious. But what’s less frequently recognized is that it also contributes to improved personal well-being because of its non-financial benefits.

People get great rewards from the social interaction of work (including with co-workers and customers), or the sense of financial autonomy, or the dignity that comes with work and caring for oneself and one’s family.

These intangible benefits are increasingly overlooked or neglected. But they shouldn’t be.

The structure, sense of dignity and purpose, personal responsibility, and satisfaction of “earned success” are as important as the financial stability that comes with paid work.

This is one of the intrinsic flaws with Ontario’s now-cancelled basic income pilot project. It mistakes unemployment and poverty as merely a case of material need. But a no-strings-attached paycheque from the government is no substitute for the broad range of financial and non-financial benefits that come from work and caring for oneself and one’s family.

Policymakers should thus apply a “job lens” to each and every policy choice they make to better understand if they’re enabling or obstructing people from getting into paid work. The former should be single-mindedly pursued, and the latter should be discarded. Such a work-centric policy agenda would not only be good for people’s pocketbooks. It would be good for their souls.

Mr. Owens’s example reminds us that working is perhaps the most important social role that people play besides raising a family. Work is a benefit unto itself. It’s something to be respected and celebrated, not denigrated or ridiculed.

Sean Speer is a Munk Senior fellow at the Macdonald-Laurier Institute.