As work goes remote, the whole world may soon compete for your job: Linda Nazareth in the Globe and Mail 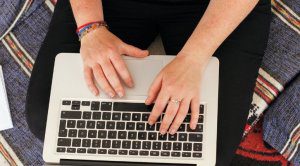 Since the pandemic has now forced many companies to figure out how to manage remote and hybrid workers, how much of a leap will it be to start recruiting them from anywhere?, writes Linda Nazareth in the Globe and Mail.

Great news, the world has suddenly opened up as a place where you can work from anywhere. The caveat, however, is that the whole world may be able to soon compete for your job.

It is no secret that remote work, in some form or other, is going to be a part of our reality for the longer term. Oh sure, plenty of companies hate it and have already said they want their teams where they can see them just as soon as it is safe for that to happen.

Let’s not forget, however, that one of the biggest problems cited by employers before the pandemic was a shortage of workers, or perhaps more accurately a “shortage of talent.” A study released by Manpower Group ahead of the World Economic Forum last January found that 54 per cent of companies worldwide reported skills shortages, with the United States, at 69 per cent, at the top of the list. At 48 per cent, Canada’s situation was not quite as dire, but still represented the highest level in a decade.

Before the pandemic, one of the solutions put forth to the lack of labour was that employers should simply pay more to attract workers, which can be effective if there are actually any sitting on the sideline. It took a while before we saw this happen broadly, but by 2019 employers were fattening paycheques.

From Silicon Valley superstars attracting bidding wars through to retail workers at Walmart who finally benefited from the strength of the economy late in the cycle, people were earning more by the time the pandemic hit. With the longest postwar economic expansion hitting North America, it was the “rising tide lifts all boats” phenomenon, and it worked well enough to get workers a raise.

Now a different solution to finding workers is presenting itself, which is to widen the pool to as far as a broadband signal can reach. Remote working and outsourcing existed before this year, but they were almost a novelty, the exception rather than the rule, and have been concentrated in tech companies such as Skype and WhatsApp, which have found it made sense to get back-end work done in countries such as Russia and Estonia.

Since the pandemic has now forced many companies to figure out how to manage remote and hybrid workers, how much of a leap will it be to start recruiting them from anywhere?

A world of borderless, interconnected teams could offer many advantages and would presumably bring together the best talent. Many individuals will be able to benefit as well.

Much like Canada, a small country with lots of resources is a winner from being able to sell car parts or lumber or technology to other countries, a worker based here could benefit from being able to be hired by a firm in any country in the world. It will not happen in a hurry, since laws and tax rules will make it simpler for companies to just hire from within their own borders, but it will likely happen over time.

In engineering, for example, a 2020 study of North American professionals found that Canadian and Mexican engineers were wary of taking higher paying jobs in the U.S., with nearly 40 per cent saying they would rather not move even for more money because of quality-of-life considerations. Allowing them to live where they want and still draw U.S. paycheques would obviously change the playing field.

In the meantime, city and provincial borders will be “virtually” broken down first.

We already know that globalization in its former iteration had mixed benefits, and this new phase of it will certainly be the same. It is just as Econ 100 tells us will be the case: A higher supply of workers will drive down wages, but higher demand will drive them up. Which effect dominates on your own personal supply curve will depend on whether you will see demand go up in a way that offsets the supply effect.

We already have quite a good idea as to who will benefit and who will lose from globalization in employee recruiting. As always, workers with more education, more skills and higher tech abilities will have an edge, and there is the danger that those with fewer of those attributes will suffer. The September Canadian jobs report actually showed that it is low wage (those making less than two-thirds of the median wage) who have borne the brunt of pandemic job losses so far, with employment actually going up for the balance of the labour force.

Then again, perhaps the move to a work force that is increasingly off-site will bring with it more subtle changes as well. If we are moving to really finding the best talent, perhaps decisions will be made much more on the basis of examples of work done and project experience, and much less on personality and “fit” within specific workplaces. That could be an advantage to older workers, for example, or those with great skills but less mainstream personality traits or simply those for whom 9-to-5, Monday-to-Friday is not a good fit.

Whatever happens, it will be a huge leap and will require new ways of measuring and tracking the health of the labour market. Like so much else, how to source and employ workers is changing with the pandemic and once it has changed it will be hard to change it back.